Hughes, who scored a pole position and two reversed-grid race wins with DAMS in GP3 in 2016, will line up with Hitech GP.

The 22-year-old from Birmingham made his F3 debut with Carlin in the final round of this year's European championship at Hockenheim, impressing by qualifying on the front row.

He then went with Carlin to the Macau Grand Prix (pictured below) and finished sixth, the top rookie in the final classification.

Since Macau he has completed an extensive winter test programme alongside 2017 team-mates Ralf Aron and Nikita Mazepin with Hitech, finishing running in Spain last week.

"I can't wait for next season," said Hughes.

"I've loved every minute in the car during testing and get on so well with all of the guys in the team - we all work really well together.

"I have always rated F3 highly - clearly, you get a lot of track time and also the opportunity to put yourself in front of a lot of influential people. 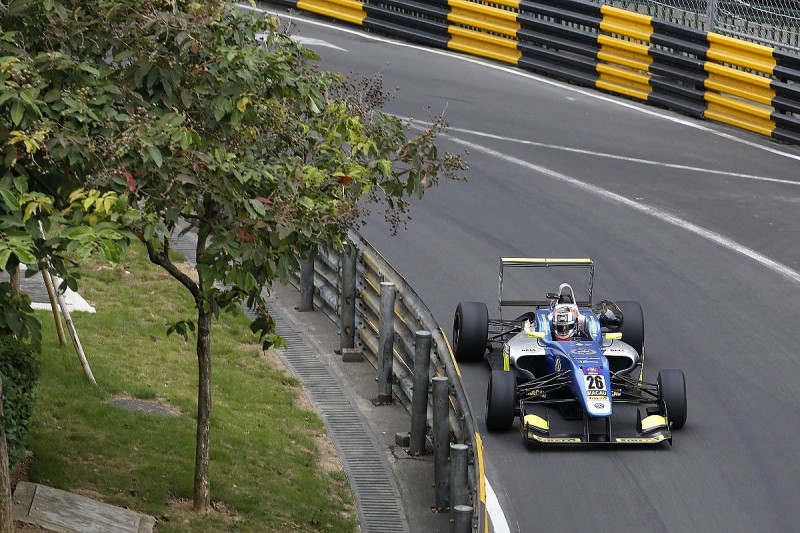 "For me, even though it'll be my first full season in FIA F3, and you never stop learning, I have a good feel for the car and how competitive we could be."

Hitech team boss Oliver Oakes added: "We are extremely pleased to have signed Jake for next season.

"He's a driver who has impressed us, not just in his one-off appearances in F3 but also the job he has done in GP3 this year.

"Jake has fitted in really well with the team over the winter tests we've completed and I am looking forward to us challenging for honours in 2017.

"He's clearly a very capable, adaptable and quick young driver and will be one to watch for sure next season."

Although Hitech is currently talking of a three-car line-up of Dallara-Mercedes for next year, speculation has linked the team with a fourth car for Honda protege and Japanese F3 ace Tadasuke Makino, who tested last week with Carlin.