ART has won all bar one of the teams' championships since GP3's inception, and taken Esteban Gutierrez, Valtteri Bottas, Esteban Ocon and Charles Leclerc to drivers' titles.

Since the GP3/16 chassis came in last year, ART has won nine of the 12 feature races and its current drivers George Russell, Anthoine Hubert, Nirei Fukuzumi and Jack Aitken hold the top four places in the 2017 championship.

But Alesi, son of former Formula 1 driver Jean, reckons ART's strength is more its drivers than its car.

Alesi took his first GP3 win at Silverstone last weekend and believes his Trident car was faster than ART's in Britain.

"Everyone overestimates ART, but I don't really think it is a good thing to do because we also have to look at the drivers," said Alesi.

"They have four very competitive drivers and that makes basically 70% of what it [the team] does.

"If we had these four drivers including me in the Trident, I'm pretty sure it would be a whole lot different, the image of Trident. 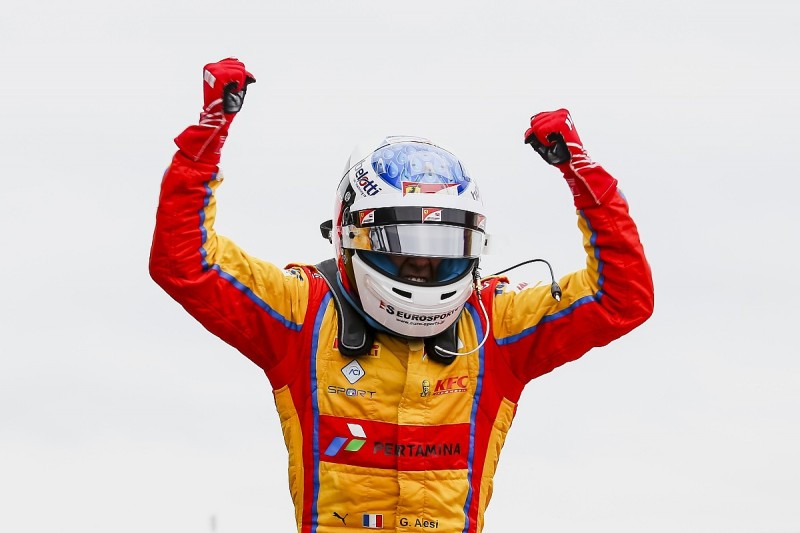 "I really believe in Trident with all my heart, they helped me get this far and the car felt unbelievable [in the Silverstone sprint race] and I think it was even better than the ARTs."

Alesi is currently the second-best non-ART driver in the standings, having finished first and second in the Silverstone and Red Bull Ring sprint races.

Though those results have come from partially reversed grid, he feels they are a useful building block.

"For the rest of the year, I'd say [my aim is] to continue doing maybe podiums in second races, maybe first races too, that would be really good for me," said Alesi.

"Really to keep taking points every race, to try not to make a weekend like I did in Barcelona - messing up the first race, making big errors and not being able to start well in the second race.

"So it is really to try to stay in front, in the top 10 and get points every race."