The Formula 3 European Championship has increased its end-of-year prize fund to €500,000, with €100,000 allocated to help its title-winner move into "another FIA championship"

In addition to the €200,000 rookie prize fund introduced last year, the series has announced that a further €200,000 will trickle down to series teams "according to a performance distribution scale".

The champion gets €100,000 towards their following season, but it can only be spent on another FIA series.

A European F3 spokesperson told Autosport's sister publication Motorsport.com that at present that prize could not be taken towards a GP2 or GP3 budget as neither was an FIA series - though a rebranding of GP2 as FIA Formula 2 is on the cards.

The last European F3 champion to go straight into GP2 was 2013 title-winner Raffaele Marciello, while his successor Esteban Ocon moved into GP3 the year after.

Last season Felix Rosenqvist followed up his European F3 crown with a season split between Indy Lights, GT racing and the DTM, while reigning F3 champion Lance Stroll has jumped straight into Formula 1 with Williams for 2017. 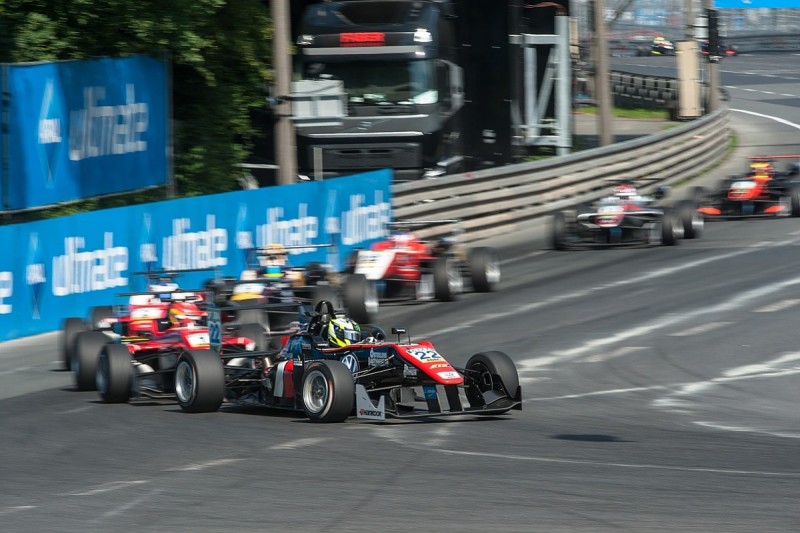 "The general economy in single-seater racing makes it necessary for us to continue to work on the value of the championship for drivers and teams," he said.

"With the newly-introduced prize money incentive, which has already been awarded to the rookie drivers last year and will be extended to the teams this year, we want to establish some financial assistance for our competitors.

"This way teams will be able to broaden their search for drivers and offer seats to young talents who might lack some funding.

"All parties involved in the series are working together to strengthen the series and to retain an attractive platform for all competitors."

European F3's rookie prize fund - €100,000 for the top newcomer and €50,000 each for second and third place - was only payable if the drivers in question remained in the series for a second year.