The 16-year-old, a finalist in this year's McLaren Autosport BRDC Award, will team up with GP3 Series race winner Jake Hughes and former MSA Formula ace Dan Ticktum as part of a trio of British category debutants with the Carlin squad.

Hockenheim represents the return of Carlin to European F3 after the team was forced to withdraw its Volkswagen-powered Dallaras from the most-recent rounds at the Nurburgring and Imola when its contracted drivers called time on their campaigns.

Norris, Hughes and Ticktum are all scheduled to compete in next month's Macau Grand Prix, and participation at Hockenheim will ensure that they have completed the requisite two FIA-spec F3 races in the current calendar year to be allowed into the Far-Eastern classic.

Norris and Hughes are entered for Macau with Carlin, while Ticktum - like Hitech GP returnee Alexander Sims - will contest the street event with Double R Racing.

Both Norris and 17-year-old Ticktum - who is returning to competition after serving a 12-month ban - will have to start the Hockenheim races from the pitlane as they have breached 2016 European F3 sporting regulations after undertaking a substantial number of 'rookie' tests in preparation for next season. 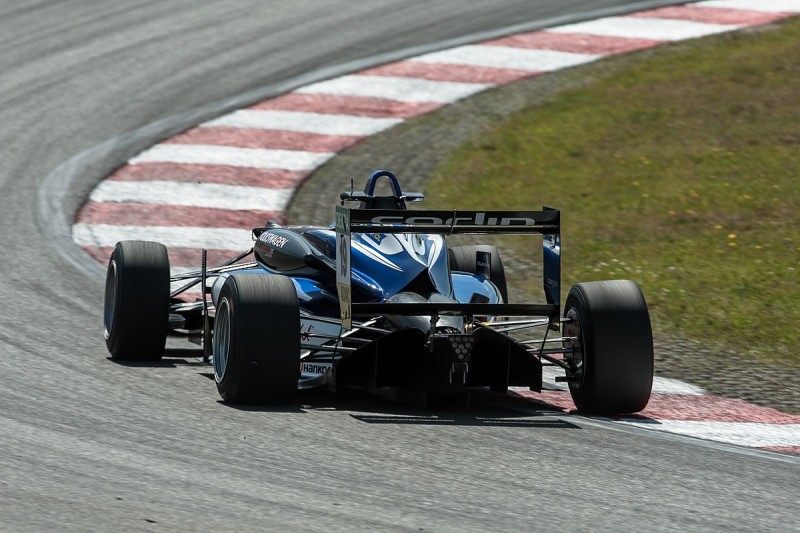 "We realise that it is a daunting prospect for our three drivers to be entering their first race at this point in the season, but we have high expectations for the drivers and the team.

"For us it's all about qualifying, so we can prove once again the pace of the Carlin F3 package."

Both Norris - who won the 2015 MSA Formula title with Carlin and has taken BRDC British F3 wins in a part-season with the team this year - and Ticktum continued their testing programmes with Carlin at Monza last week.

Norris was fastest of a line-up that also included cars from Van Amersfoort Racing, Motopark and Fortec Motorsport, lapping half a second quicker than the fastest 2015 European F3 pole time.