Porsche driver Andre Lotterer has explained how the team's Mexico City Formula E race fell apart after he scored its first pole position in the series.

Lotterer took Porsche through to its first superpole shootout, which he topped by 0.063 seconds over eventual race winner Mitch Evans.

But in the manufacturers' fourth FE race he crashed out, while team-mate Neel Jani finished last on the road in a non-points-scoring 14th.

Lotterer lost first place on the run to Turn 1 when he ran wide after defending from Evans.

He told Autosport: "I had a poor start with a lot of wheelspin, so we need to look into that.

"Then I tried to keep the lead but Mitch had a bit of momentum and was quite aggressive into Turn 1.

"We collided, he pushed me off from the apex and when I came back on track a Virgin [Sam Bird] hit me so it weakened my bodywork." 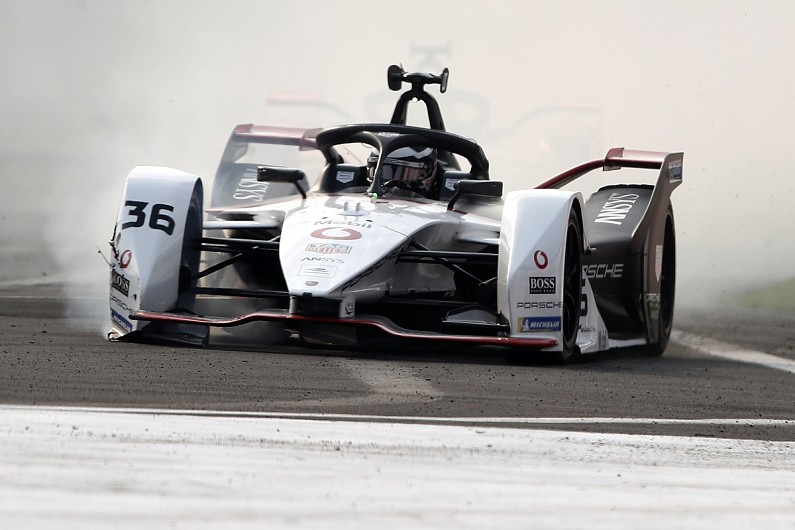 Lotterer's retirement proved dramatic, as the front-right wheel fairing dropped onto the tyre, creating a trail of smoke.

He pitted garage for repairs but was withdrawn from the race altogether.

Similar to Jean-Eric Vergne's incident in Santiago, Lotterer had been trying to remove the damaged bodywork by tagging a wall.

"You just hope it falls off," Lotterer added. "I tried to touch a bit the wall so it could come off but it didn't."

When asked if he thought Porsche had the sufficient race pace to fight for a podium had he not crashed, Lotterer said: "We didn't even get into a rhythm.

"Everyone was just ignoring the consumption, the strategy and then there was a safety car [caused by Nico Muller's shunt at Turn 1].

"I believe we have a good car. We're still working on making it better."

Last week Formula E revealed the first images of its Gen2 EVO car, which will come in for the 2020-21 season.

The refreshed design ditches the wheel covers to reduce the amount of potential debris.

Head of operations at Porsche, Amiel Lindesay told Autosport: "I think it's a good move to get rid of the covers.

"[Lotterer] got two taps from another car plus contact with a wall, then the bodywork was jammed under the suspension. The rest is history.

"[Currently] You get tangled up in the first corner and your race is done." 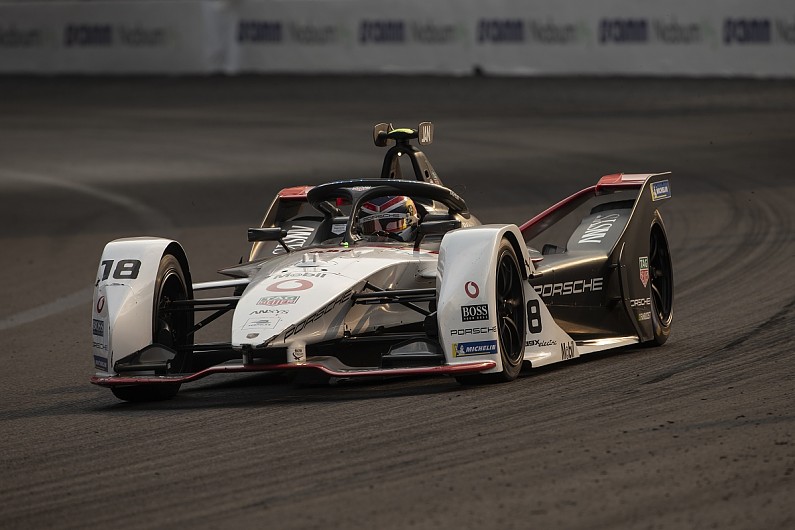 Jani, who drove for Porsche in the World Endurance Championship until it canned its 919 Hybrid LMP1 programme, was handed a penalty during the Mexico race.

He had to serve a drivethrough for not respecting the homologated throttle pedal map.

Lindesay added that the cause of the breach had not been diagnosed. "Unfortunately, after the restart for the safety car we had a slight technical infringement with the homologated throttle map," he said.

"We're still analysing exactly what happened to him. A bit more work is to be done back home."

Jani is yet to score a point in his maiden FE campaign.