Formula E's Park O'Higgins circuit in Santiago has been heavily reprofiled ahead of this year's race in a bid to enhance racing at the venue, Autosport understands.

The electric championship returns to Santiago for its third race in the Chilean capital next week, which will be the second time the venue in Park O'Higgins - that uses the perimeter roads running around the city's Movistar Arena - has hosted a race.

The next change comes following the 90-degree right-hander of Turn 7 - where Nissan e.dams driver Sebastien Buemi crashed out of the lead of last year's race, which was won by Envision Virgin Racing's Sam Bird.

The 2020 course then follows the same long arching left turn that makes up the bottom section of the circuit, but there is no longer a tight chicane for the drivers to navigate halfway around the curve, which forms the track's main acceleration zone. 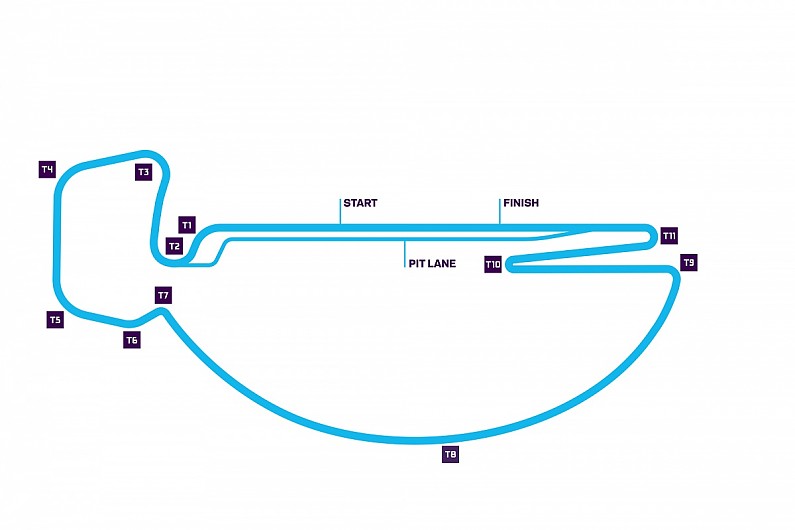 The decision to remove the chicane is part of FE and the FIA's joint-intention to have fewer tight sequences after a spate of red flags blighted races in 2018-19.

The track's ending is also now different, as although the long curve still ends with a sharp braking into a 90-degree left (now Turn 9), the double hairpins that end the lap now run the other way around compared to 2019, with a right-hander following into a left, which leads back onto the start/finish straight.

The overall number of corners has been reduced from 14 to 11, and the pitlane is now situated on the opposite side of the start/finish straight compared to 2019.

Autosport understands that although FE was satisfied with the level of action witnessed in last year's race, the opportunity to return to the same venue for the first time in Santiago gave it the chance to tailor the layout where appropriate.

The previous Santiago Street Circuit from 2018 dropped off after one year following fierce opposition from city residents over its use of Park Forestal.

The change to the first sector for the 2020 race is understood to be an attempt to boost the chances of overtaking at Turn 1, as well as to keep the cars at a lower speed for the first corner of the race - therefore avoiding an accident such as the pile-up that occurred at the start of last year's Bern E-Prix.

The change to the pitlane location has been made for logistical reasons - to try and simplify the event layout compared to 2019.

The attack mode location for the 2020 race will remain on the outside of Turn 3 as it was in '19.