With most of the afternoon action dedicated to long-runs, BMW Andretti driver Maximilian Gunther's session-topping 1m15.926s effort from the morning stood as the benchmark until Sebastien Buemi (Nissan e.dams) posted a 1m15.913s just past the halfway stage of the three-hour afternoon session.

Buemi improved his best time of the day to a 1m15.882s but was shuffled down the order by a flurry of fast times being posted approaching the chequered flag.

Gunther looked to have secured the best time of the day after setting a 1m15.663s late on before Bird pipped him to the top spot by 0.093 seconds.

Buemi ended up sixth overall as the last driver to go quicker than Gunther's fastest morning time in the afternoon session.

Daniel Abt rounded out the top 10 for the works Audi team ahead of BMW driver Alexander Sims and Lucas di Grassi (Audi).

The afternoon running was interrupted by a single brief red flag after an hour had passed by Jaguar driver James Calado, who finished 19th in the second session, coming to a stop at the pitlane exit. 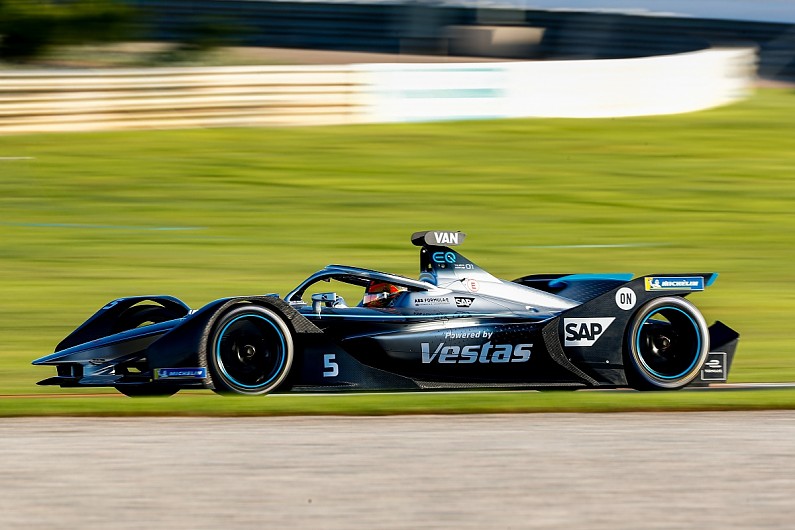 Mercedes' first day as an FE competitor ended with Stoffel Vandoorne down in 22nd place, after lapping 1.881s slower than Bird's fastest time in the afternoon, while de Vries completed just three laps in the second session.

The recently crowned Formula 2 champion stopped after an hour of the morning running had been completed after a technical issue that resulted in a blown battery fuse on his Silver Arrow 01 car.

Mercedes continued to investigate the issue as the afternoon wore and was eventually able to get de Vries out again before the chequered flag as it had hoped, but he was only briefly able to return to the track right at the very end of the day.

De Vries ended up 23rd in the afternoon running ahead of NIO 333 driver Ma Qing Hua.