Sims endured a difficult weekend last time out in Rome that culminated in 17th place in the race.

He hit the wall early in the race and then had to serve a 10-second stop/go penalty for a change of inverter, gearbox and e-motor that were required following a loss of drive that occurred after he ran over a bump in qualifying.

The BMW driver had already said he was "kicking himself" after the previous event at Sanya, where he could not take part in superpole despite making the selection due to a gear selection problem and he then collided with Andre Lotterer in the race.

Sims could have won in Marrakech were it not for contact with his BMW team-mate Antonio Felix da Costa, while a post-race penalty in Chile meant he lost a podium finish.

Speaking before the Rome event, Griffiths gave his take on Sims's 2018/19 FE season to date.

"He's had a couple of incidents where the car's not finished.

"Contact in Sanya, contact in Mexico City, which has really put him on the backfoot. The penalty in Santiago.

"It's his rookie year in Formula E, he's had a little bit of a baptism of fire, I guess.

"But he's got the pace, as he's shown in practice sessions and [getting to] the last superpole in Sanya.

"He's got the pace of Antonio, the team is fully behind him. [Within] the team, his contributions from a technical perspective are extremely strong.

"This is a tough championship, there's no training ground for it, and a number of the guys here have done 50 races or close to 50 races, and Alexander's obviously coming into race number seven.

"He's got a long way to go to get the experience of those guys, but I'm sure the results will come and that we're excited for him." 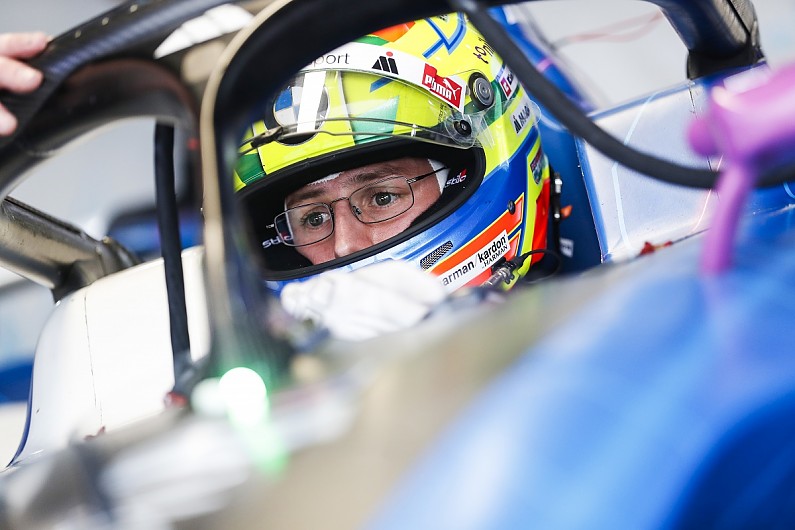 Sims described his early Rome error as part of "another tough day".

"I locked up and I made a mistake, just misjudged the right amount of brake pressure needed in the wet and [with] cold brakes," he told Autosport.

"They start to heat up and grab and I just screwed up. Something I need to really learn and improve on.

"Beyond that, we had to have a powertrain from Sanya and open it up so going into the race we knew that we would have a stop/go.

"And after that, it was a very low-key and lonely race to bring it to the flag.

"It was fairly useful to get some laps in clean air under my belt, just focus on my driving and learn what we could.