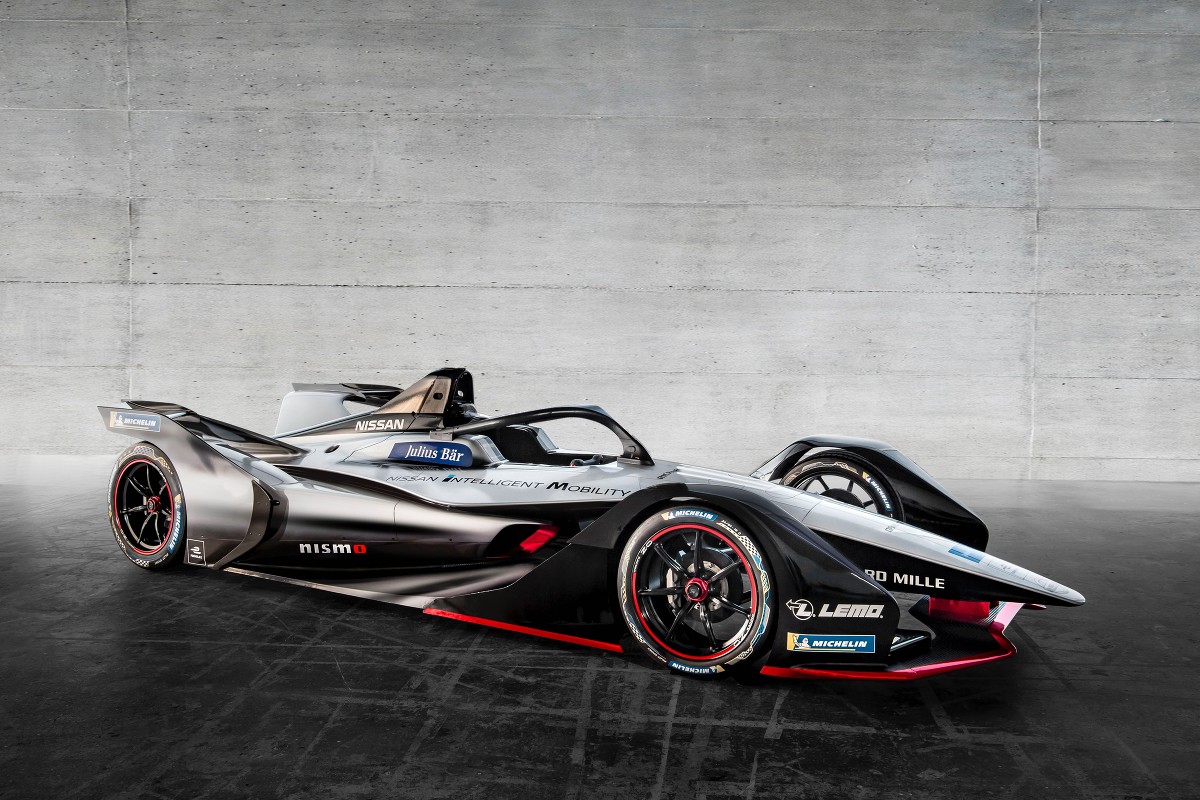 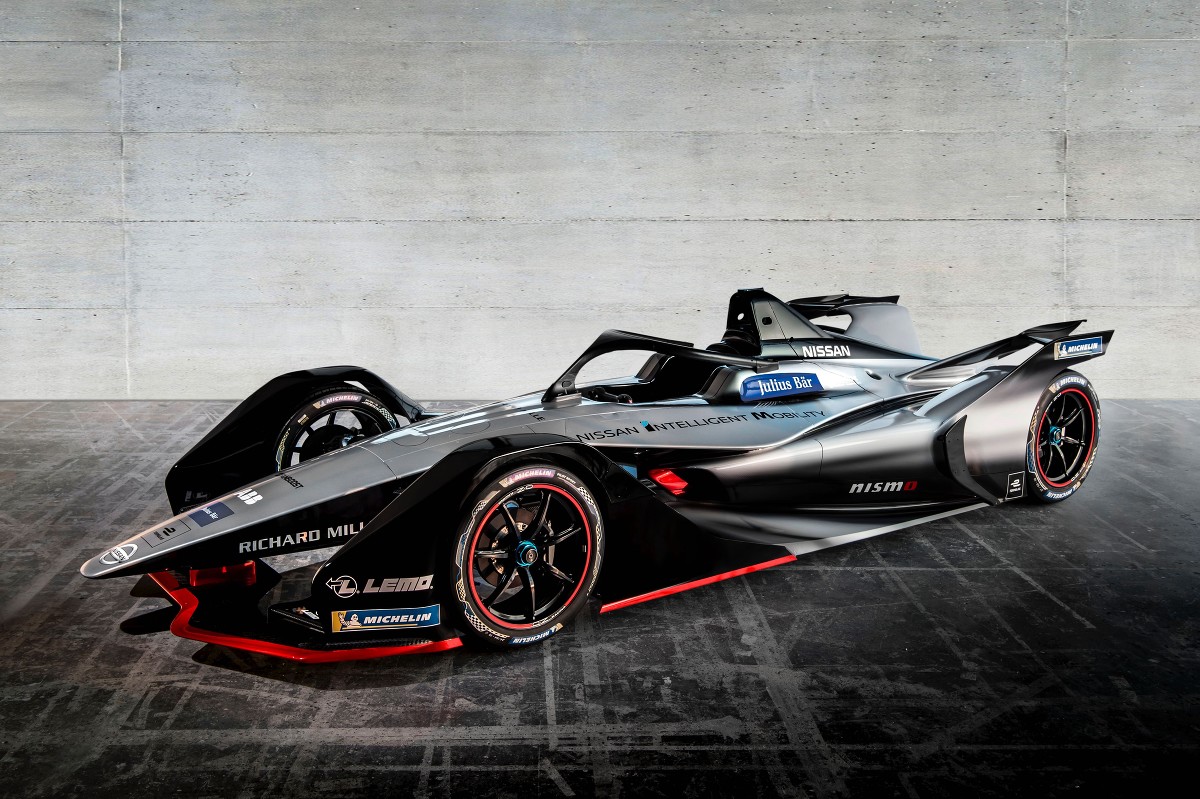 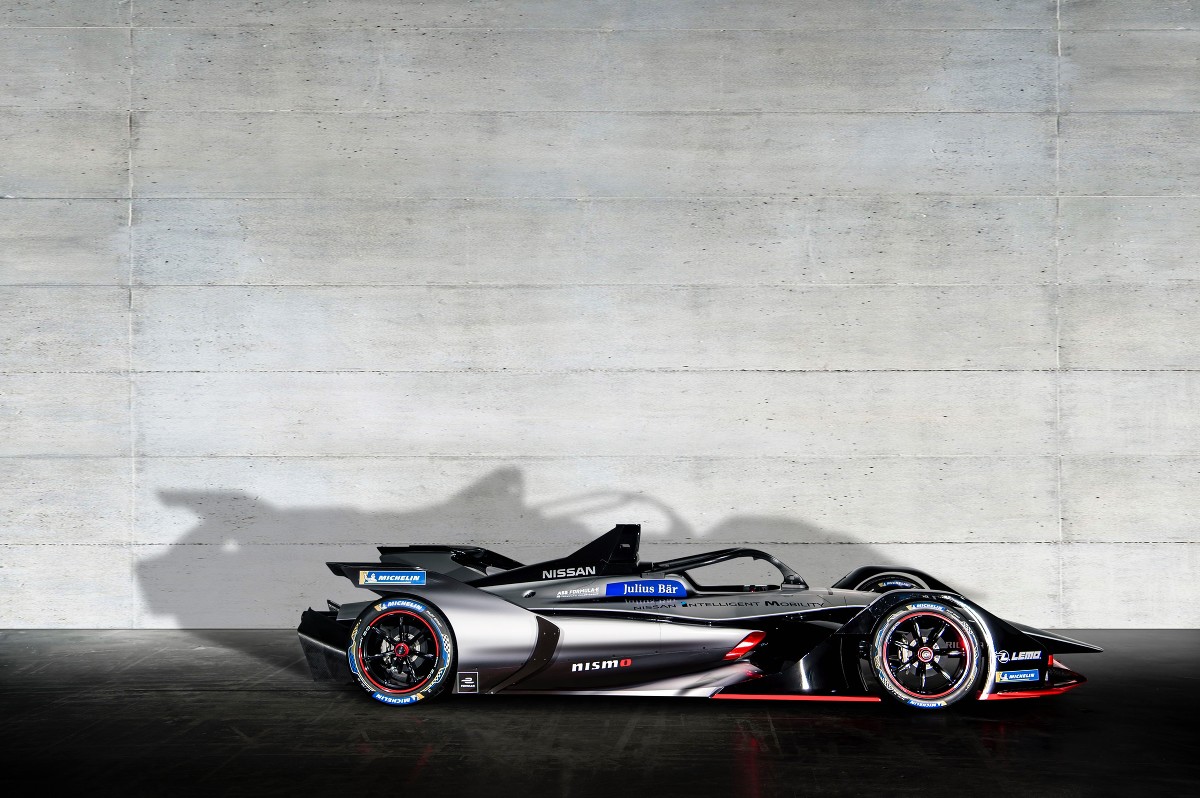 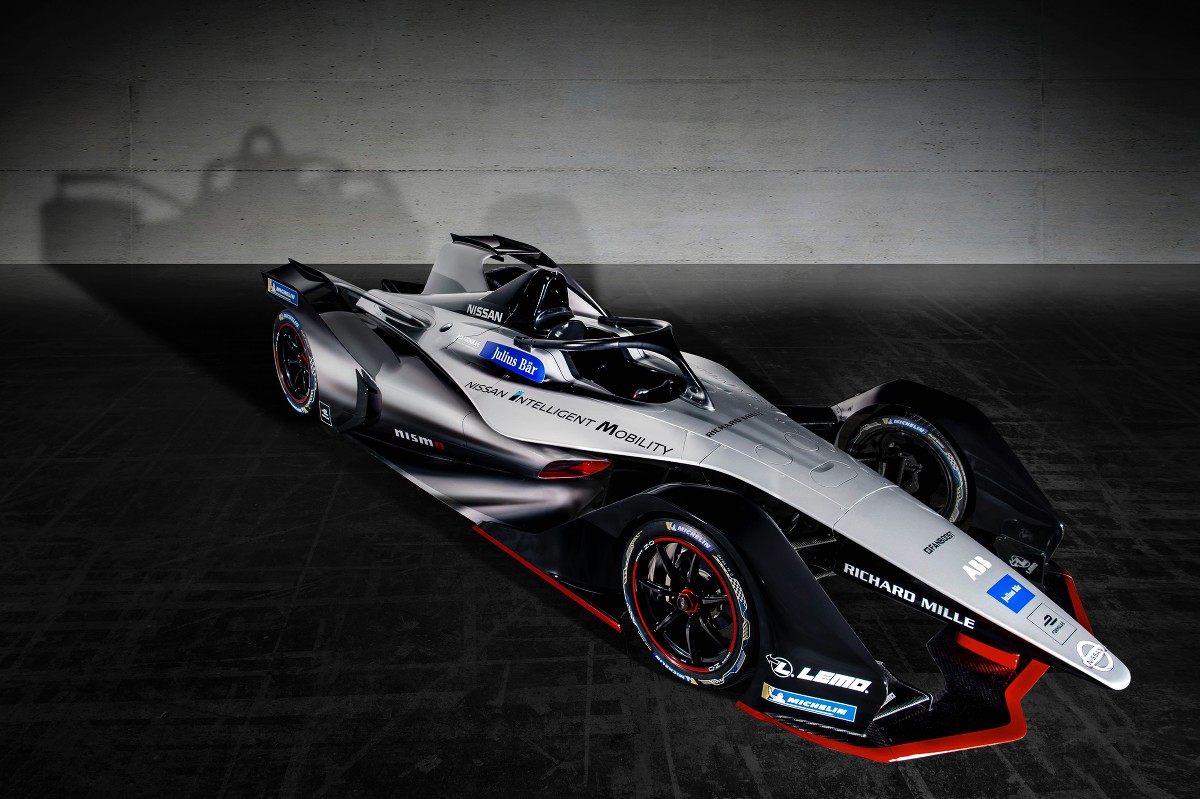 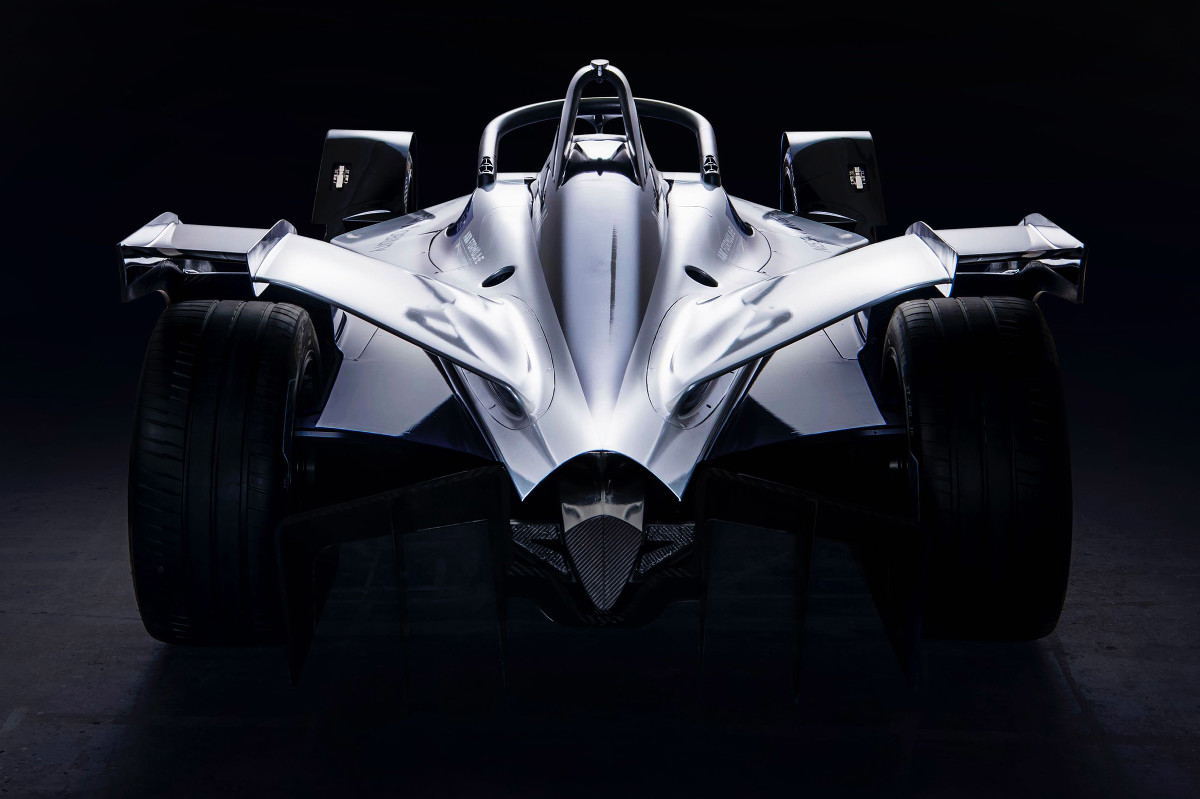 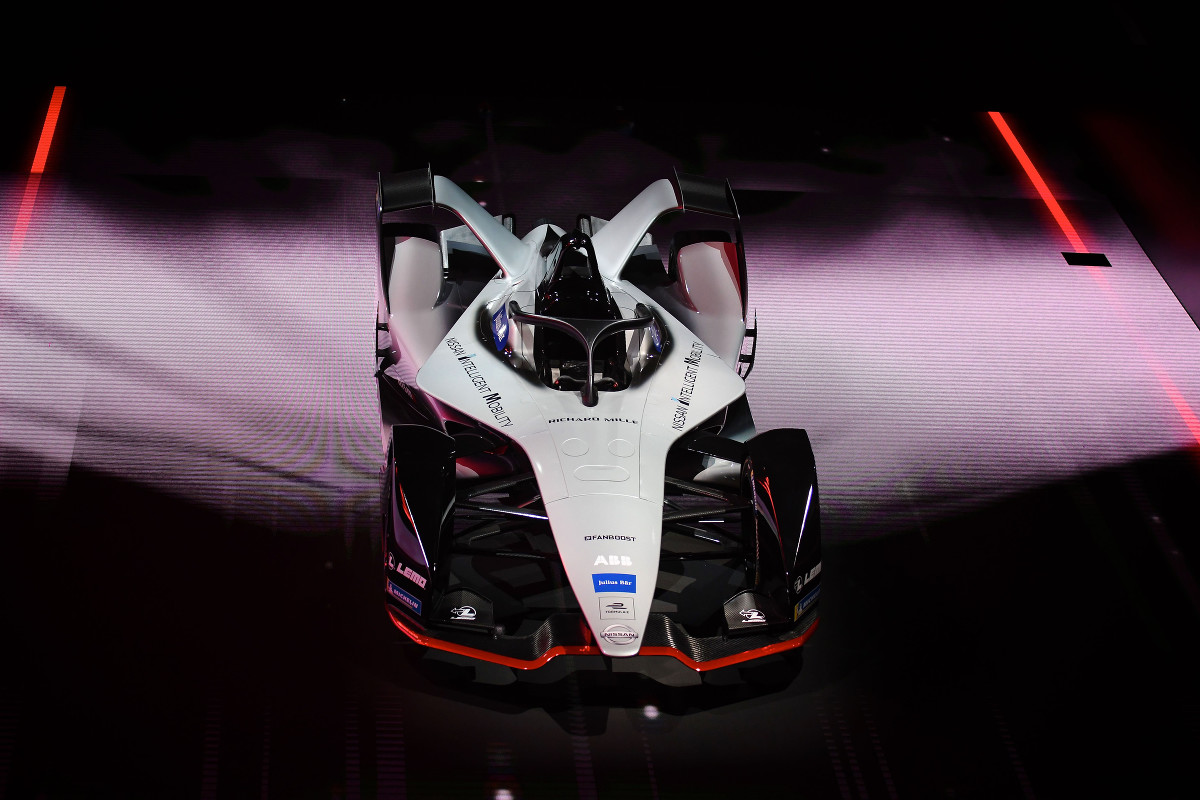 Nissan has unveiled the livery it will run on its Formula E cars when it joins the electric single seater series for the 2018/19 season.

With alliance partner Renault leaving to focus on its Formula 1 efforts with its works team, Nissan will become the first Japanese manufacturer to race in FE.

The black, silver and red colour scheme was presented at the Geneva Motor Show on the aggressively-style second generation FE car, which was given a physical launch for the first time at the event.

"This initial reaction from the team started us on a path that captured a sense of a form breaking free of resistance and gravity.

"Thus, naturally, we turned to Doppler when designing the livery.

"The combination of the sonic pulse of the Doppler effect and the released power of a sonic boom inspired our celebration of EV racing." 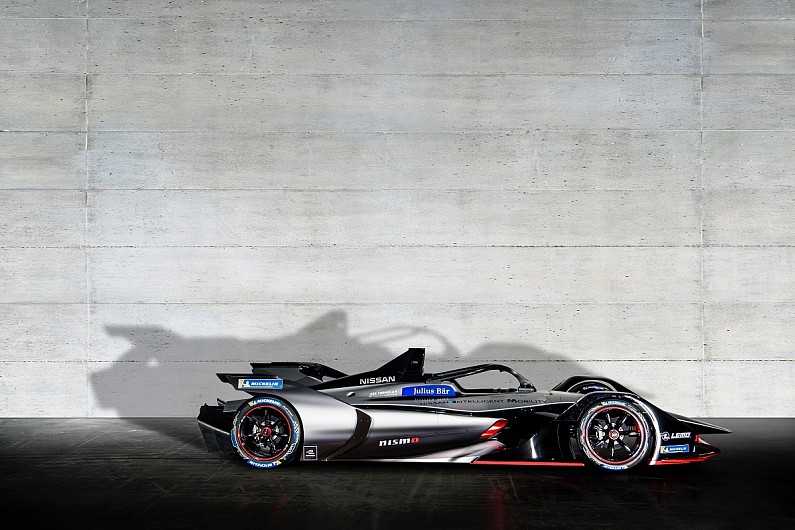 Nissan's FE entry is its first move back into a major international racing category since it abandoned its failed LMP1 project at the end of 2015.

"Nissan is bringing a lot to the table with our expertise in EV technology for the road and bringing it to the race track," he said.

"The level of competition in the Formula E championship is on the rise, and we're eagerly awaiting the unique engineering challenge ahead.

"We're entering the championship on a level playing field this year, with every manufacturer competing with a brand-new car, battery and powertrain combination from season five."

Alejandro Agag, FE founder and CEO, highlighted how important the Japanese market is to the series.

FE recently announced that races will be shown live on Twitter in Japan for the rest of the 2017/18 season.

"It's exciting to see the new colours of Nissan for the first time on the Gen2 car ahead of their debut season in the ABB FIA Formula E championship," he said.

"Formula E is a truly global platform to showcase the shift to electric and the transition from track to road.

"Having a name and a big Japanese brand like Nissan on board highlights this and the road-relevant technologies we'll see on future models.

"Japan is a key player in the automotive sector worldwide, as well as an important territory for fans of Formula E - of which there are many in Japan.

"I can't wait to watch the Gen2 cars in action with some new names and new faces, including Nissan as the first Japanese manufacturer to enter the series."