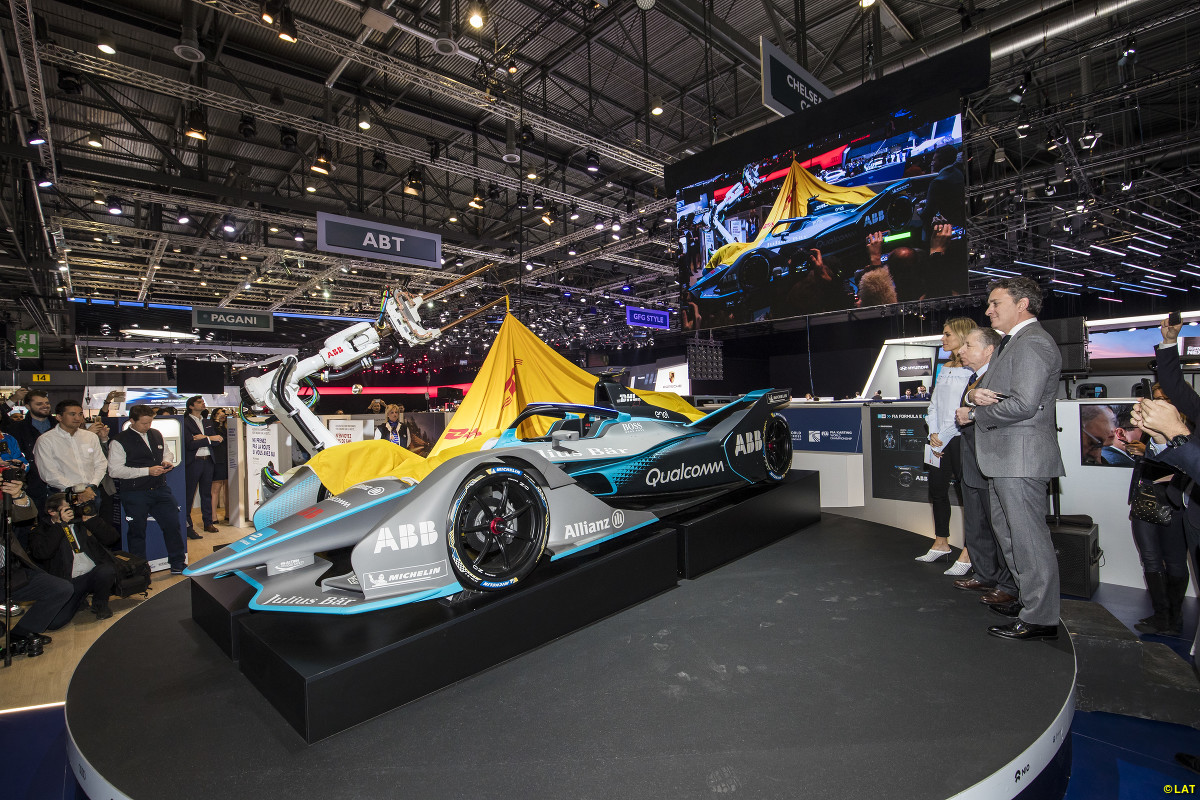 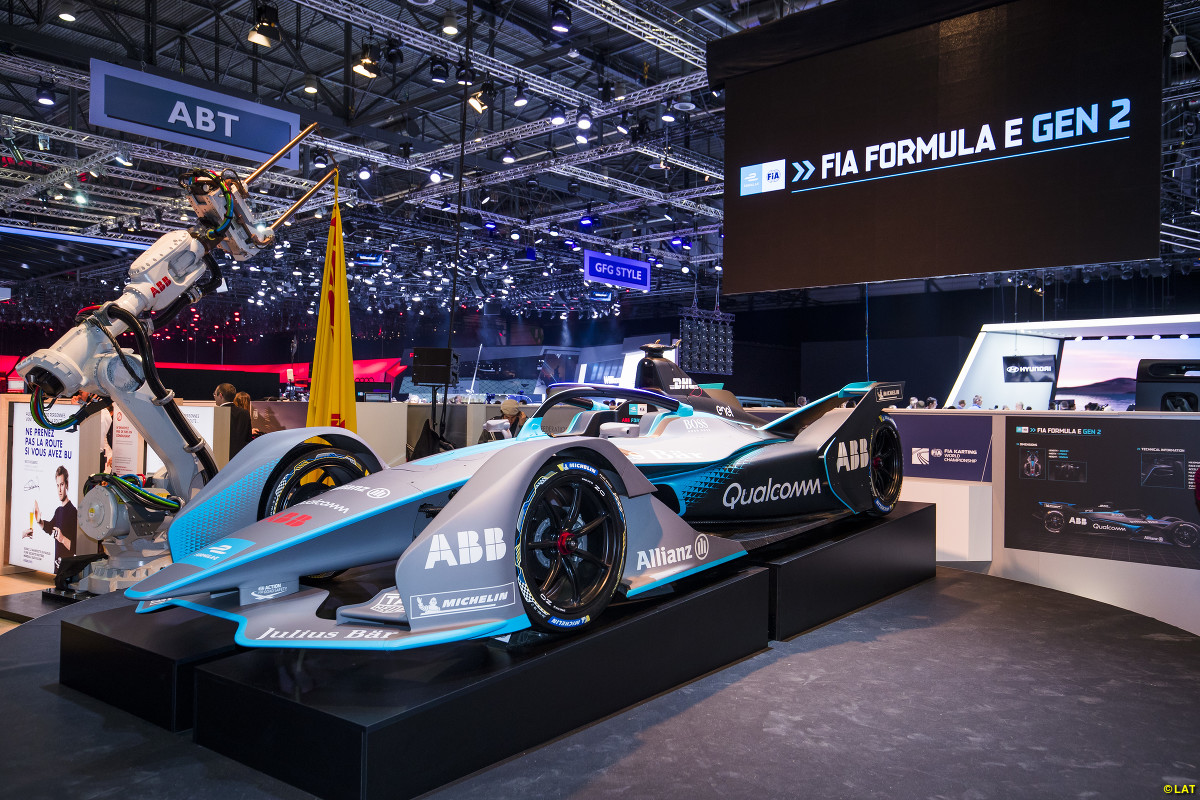 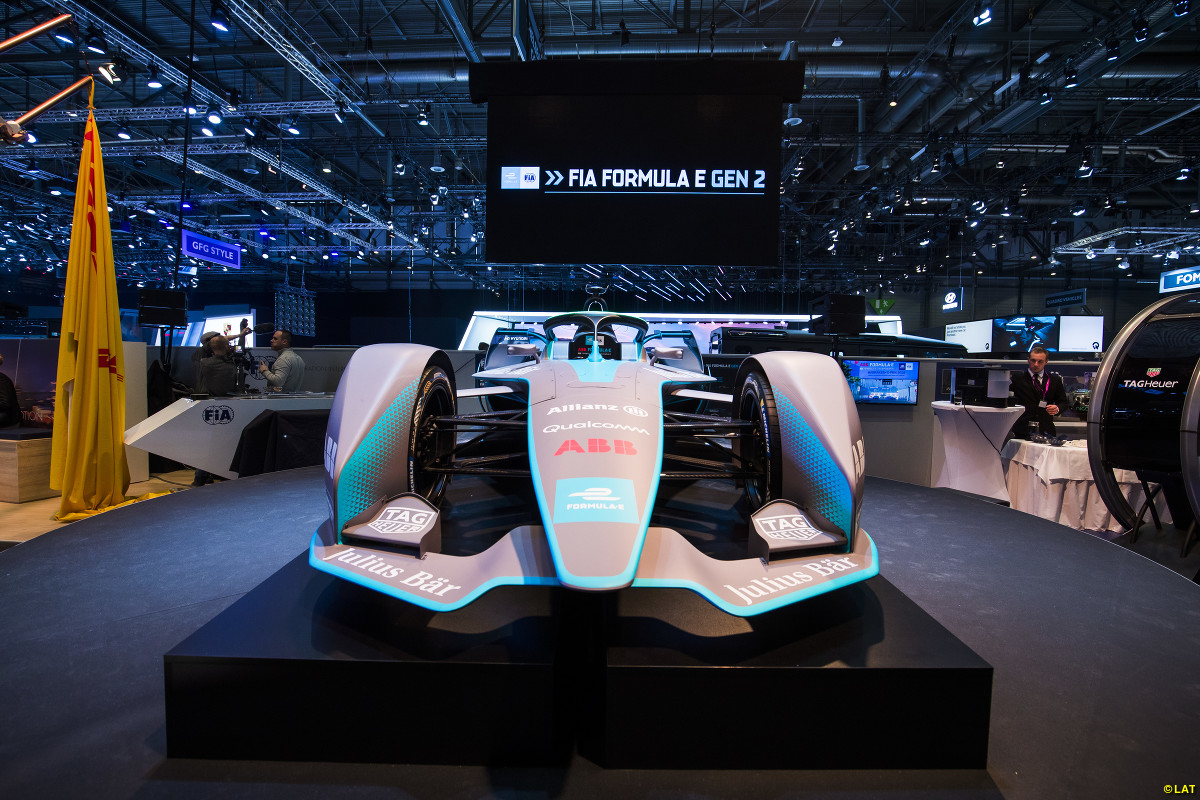 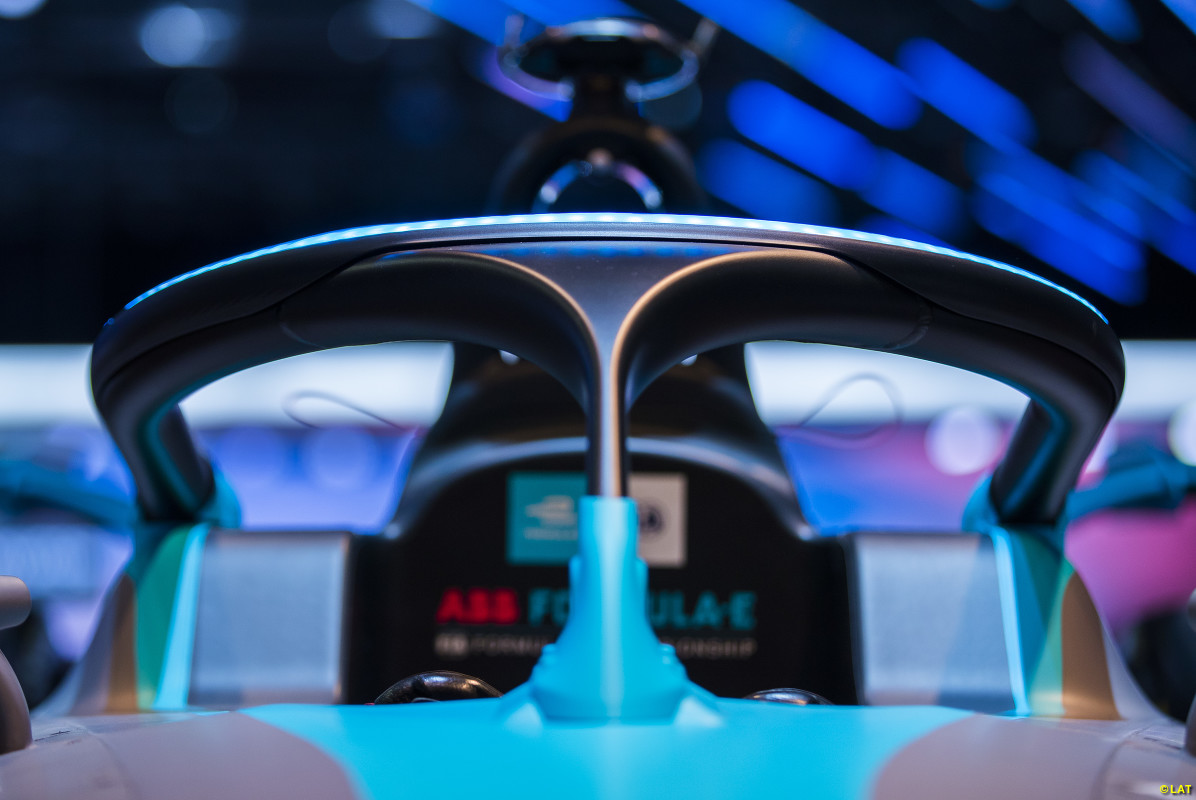 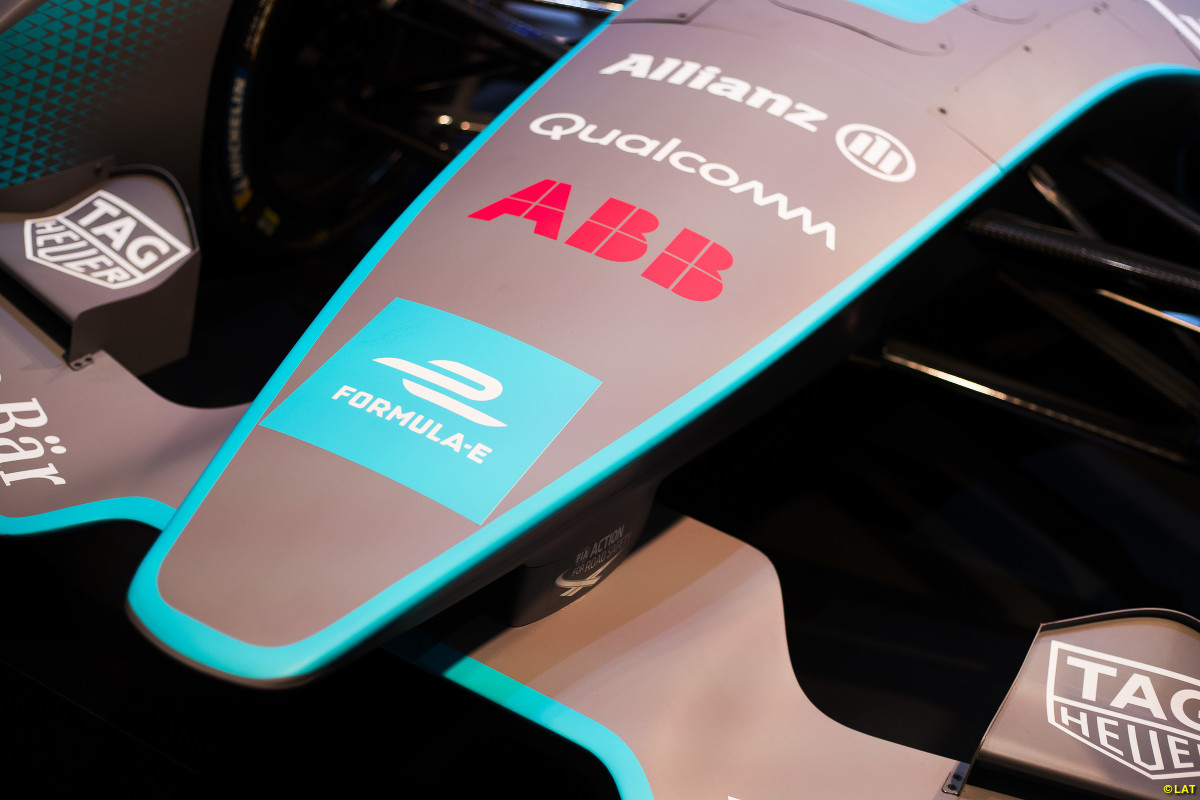 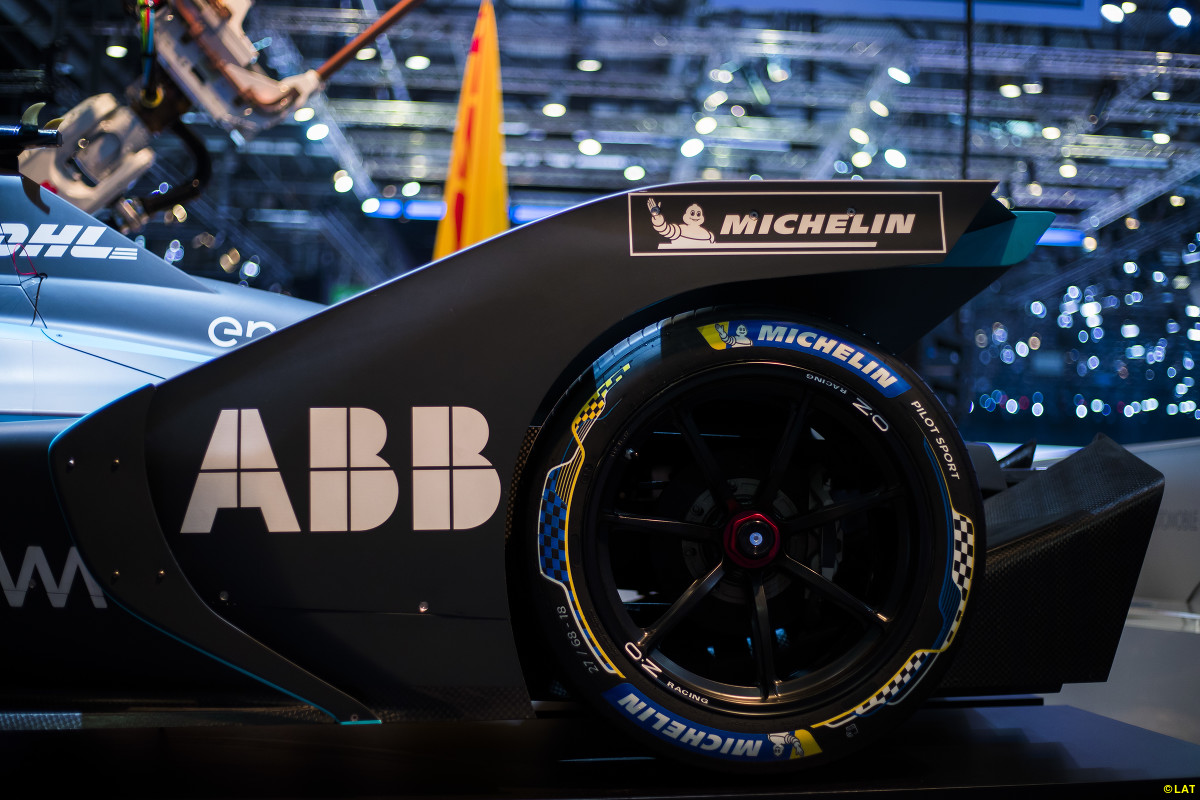 Formula E has unveiled the first physical model of its aggressively-styled second generation car for the 2018/19 season at the Geneva Motor Show.

The covers were pulled off the Gen2 car by FIA president Jean Todt and FE founder and CEO Alejandro Agag, with help from a robot arm supplied from series title sponsor title ABB.

The technical specifications of the new car, which has a battery capable of storing energy for twice the range of its predecessor to eliminate the need for mid-race car-swaps, were also released for the first time.

Reigning FE drivers' champion Lucas di Grassi recently stated that he expected the car to be capable of exceeding 300km/h (186mph) thanks to its low-drag design philosophy and step in power.

The Gen2 machine will have a minimum weight of 900kg, which includes the driver and the 385kg battery.

This is up from the 880kg total weight allowance for the current SRT-01E.

Its halo is fitted with an LED lighting strip that will indicate race-related information such as power modes.

The Gen2 car will run on new all-weather rubber supplied by Michelin, which will be lighter and have less rolling resistance than the current tyres.

"The FIA Formula E Gen2 really looks like a car of the future, and it's a car for the future," said Todt.

"It's incredible to see the progress made in just four years - to double the range of the car and increase the power output is a fantastic achievement.

"With the support of so many manufacturers, Formula E will continue to push the development of electric vehicle technology, and this car is an important milestone in this journey."

Audi also revealed its 2018/19 livery on the Gen2 car at the show, ahead of its first tests with the new design. 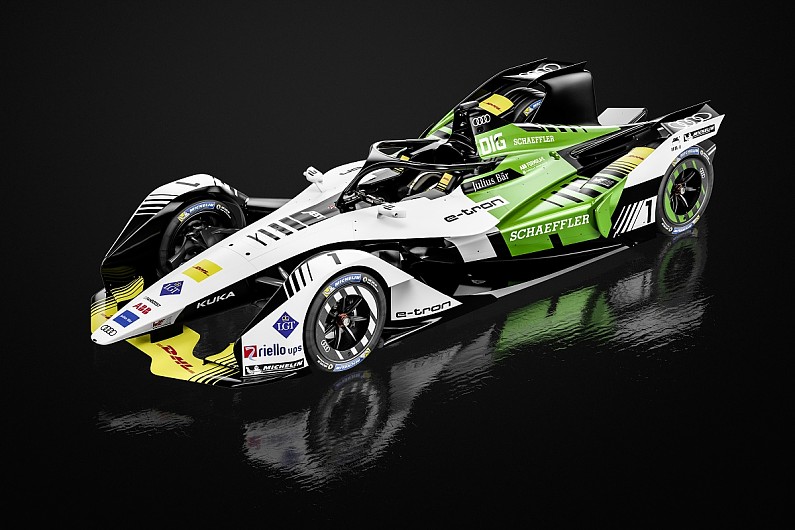 Agag, who recently explained that the Gen2's design was picked by Todt and that he initially preferred another approach before changing his view, added: "This is the first time I've seen the complete car in the flesh and it's even more sleek and spectacular up close.

"If you were to draw a racing car from scratch and base it purely on its looks, you'd come up with just this design.

"Not only is it striking on the eye, the performance and range show clear progress in terms of technological development in only four years.

"I'd like to express my personal thanks to the FIA and its President Jean Todt, for their hard work and support in putting together and designing our Gen2 car.

"This model visually differentiates Formula E from any other single-seater in motorsport today. When people see this car they will say it's Formula E, it's the future."