Entering Formula E gives Nissan access to a much younger fanbase than if it was in Formula 1 or another major racing series, says its global motorsport director Michael Carcamo

Nissan will become the first Japanese manufacturer to enter FE when it takes alliance partner Renault's place at the end of the season, and it revealed its 2018/19 livery at the Geneva Motor Show on Tuesday.

Carcamo explained that using the electric series to explore new automotive systems for younger generations was important to Nissan.

"The age profile of FE fans is much younger than it is for F1 or other motorsports," he told Autosport.

"That's important because when people talk about the declining interest of millennials in driving - why is that?

Nissan's FE entry is its first venture into a major international racing category since its failed LMP1 project ended in 2015. 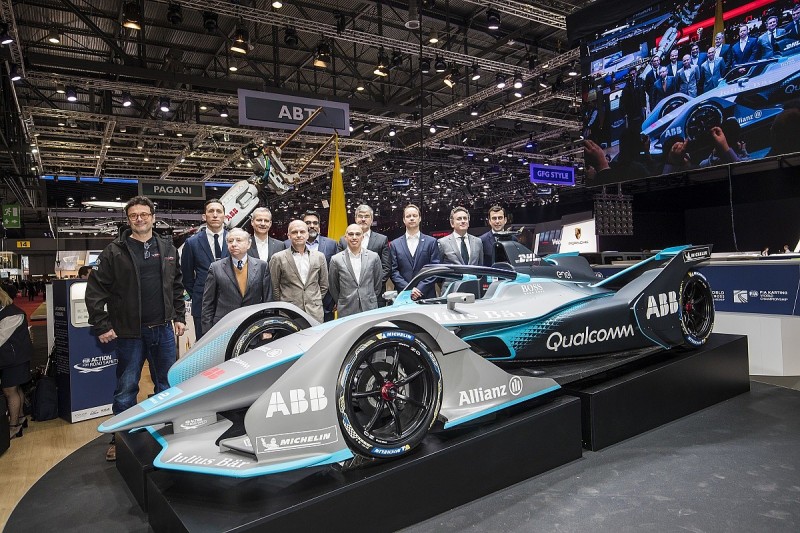 FE will use an aggressively-style new Gen2 car, which was physically unveiled for the first time in Geneva, from the 2018/19 season.

The new car's battery can store twice the amount of energy than the current SRT_01E and therefore eliminates the need for a mid-race car swap, which Carcamo explained is a significant factor behind Nissan's decision to join the series.

"As to 'why' [Nissan has entered Formula E], you have to go back to over the story of Nissan - we have been in electric vehicles for over 70 years - since 1947 [with the Tama Electric Car], in fact," he said.

"Then more recently, there's the Leaf, which has become the best-selling EV in the world, with more than 300,000 sold.

"For us it's about innovation - we don't race just to race.

"We race because racing is exciting and innovative. You put those together with the Gen2 Formula E car for season five and it really starts to hit all the right marks for us.

"Now is the right time. We have increased battery time with the Gen2 car, more power, and that's all in one with road car technology.

"So, Formula E is a great showcase for us to talk about what we actually do - and have been doing - on the road and bringing it to the streets.

"The racing is where people can see the emotional part about EVs.

"I think that's something that we still need to do a lot of work on to convince people about that EVs are a great alternative."