Renault e.dams co-founder Alain Prost believes the manufacturer's explosive Formula E start is a reward for its commitment to bringing in members of its Formula 1 programme.

Vincent Gaillardot, who has overseen the electronics side of the F1 operation over the previous decade, is Renault Sport's Formula E project leader.

Prost revealed other personnel with experience of the F1 hybrid turbo power unit had been placed in Formula E.

"We have some people working from F1," Prost told Autosport.

"[They have] big experience about electrical systems and it can also bring them experience. It makes sense.

"We are looking good, obviously the commitment is there.

"We spent a lot of time last year to try and understand what the best solution was, not just for this year but for the future."

In China the pace advantage of the Renault Z.E.15, which has been built at the Renault Sport F1 factory in Viry-Chatillon, was significant.

Buemi was half a second clear in the first part of qualifying, before lapping more than a second quicker than the next-best driver from another team, Mahindra's Nick Heidfeld, in the superpole session.

In the race Buemi was able to pull at away by a second per lap at times and had no energy-management issues.

He also set a fastest lap of the race on the final tour that was almost a second quicker than anyone else.

Buemi said: "It's a bit weird because I was not expecting to be ahead like that.

"I don't expect this gap to come back in the next race."

Prost also stressed the planned return of Renault's factory F1 team will not impact on its Formula E commitments, the budget for which is understood to come from Renault's electric-vehicle range. 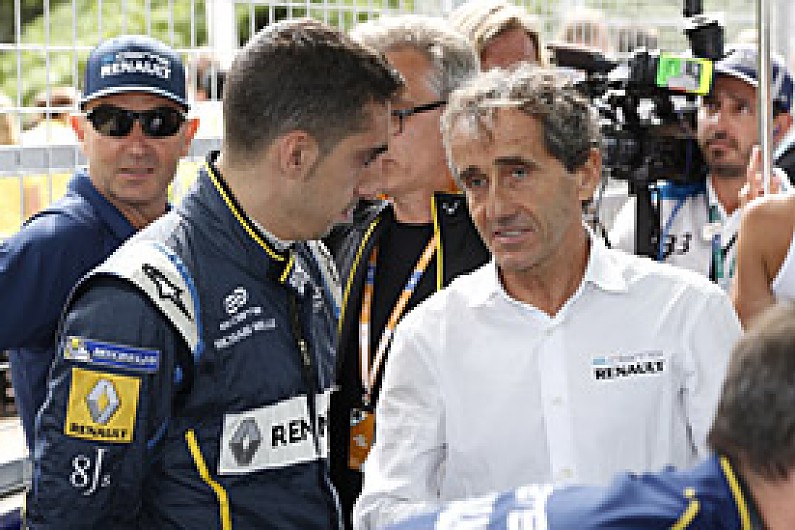 Renault is currently negotiating the takeover of the Lotus F1 programme that will elevate it from engine suppler to works outfit for the first time since 2011.

"It will be very good for Formula E, the involvement in motorsport stays the same and that's what we want," Prost said.

"The commitment of Renault in motorsport has always been very big and that's why they are looking at staying in F1 in a different way.

"The president has said he is committed to Formula E, which is the best sign he can give.

"Renault was the first to invest in EV in a big way worldwide.

"They have shown already they are very committed and there is no reason why they would stop."