Contenders for the inaugural FIA Formula 3 Championship have made Hitech Grand Prix's Leonardo Pulcini the favourite as the series kicks off supporting Formula 1 in Barcelona this weekend.

Pulcini, who finished fourth in the GP3 Series last year with Campos, topped both days of pre-season testing at the Circuit de Catalunya and has attracted a clear favourite tag ahead of the opening weekend.

The European Formula 3 and GP3 Series have merged together to form the new F3 series, but most of the DNA of GP3 remains.

DRS, reversed grids, supporting Formula 1 for its calendar and the organisation running the new championship remain from GP3, while the biggest carryover from European F3 is the addition of three teams; teams' champions Prema, Hitech and Carlin.

When asked if his eyes were on the title, Pulcini replied "for sure", but said that the key to this season would be a successful qualifying.

"I think it will be the most important thing," said the 20-year-old.

"If you do qualifying well, you have done 80% of the weekend.

"If you start in the first five positions you have almost done all the weekend."

Oliver Oakes, Pulcini's team boss at Hitech, has been impressed by how well the Italian has handled the pressure placed upon him.

"He has surprised us with his approach and his maturity particularly since over the past few months where we can see a difference in his mentality as the season gears up and there is some expectation on his shoulders," said Oakes.

"We expect him to be there or there about' s but with 30 cars on the grid, a new car and arguably around 15 drivers who could be contenders - we are not taking anything for granted." 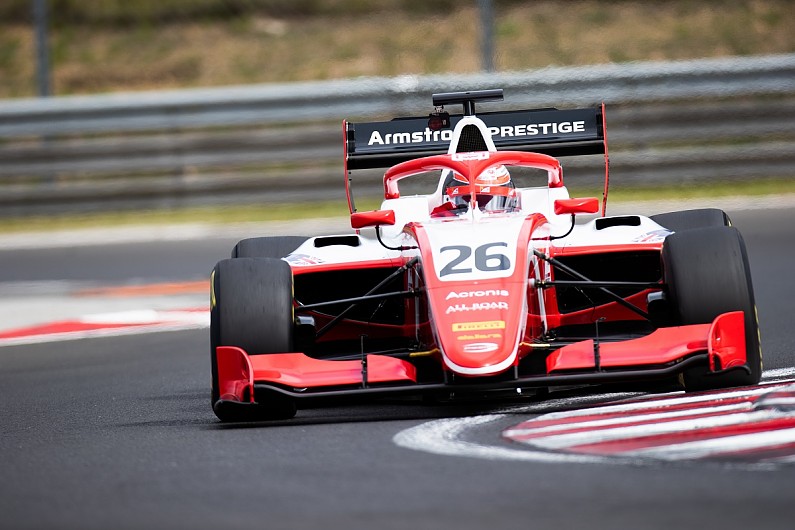 Team boss Rene Rosin said that while Pulcini is the favourite, he is pleased with how quickly his squad and drivers have got on the pace.

"Everything is new for us. Some of the new teams have drivers with lots of GP3 experience, like with Pulcini who could be a great contender," Rosin told Autopsport.

"All three adapted pretty well and I was happy with the performance.

"It will be a fight already in Barcelona, 30 cars all close to each other.

"You need to get all the small details done if you want everything to go perfectly. You need to nail everything and do any major mistakes."

ART Grand Prix have signed David Beckmann - who excelled in the second half of last year's GP3 season after switching teams - to lead its charge, having won all but one of the nine teams' titles held in GP3.

The engine and gearbox remain from the previous GP3 car, and drivers have said the two cars are similar in performance.

The biggest changes is increased options in front suspension set-up, and a new Pirelli tyre designed for the series. The new car also boasts a steel halo.