Mick Schumacher says his disastrous Paul Ricard Formula 2 weekend was "hard to swallow" after the Ferrari Formula 1 junior extended his run without points to six races.

Schumacher was taken out by his team-mate Sean Gelael at Turn 1 in the feature race and was sent airborne, but said there was no malice intended by his fellow Prema driver.

In race two, Schumacher picked up a puncture and an undiagnosed problem with the rear-end of the car that caused him to stop almost immediately after stopping for fresh tyres.

"In general, this is a hard weekend to swallow," said Schumacher. "We were targeted to make a turn-around, and free practice showed we were capable to do so.

"Of course, we can't change what happened in race one and the technical failure in the rear in race two is also very unfortunate.

"We knew it was going to be difficult, coming from P17 but obviously, I wasn't expecting to have to retire, so that is a big shame. 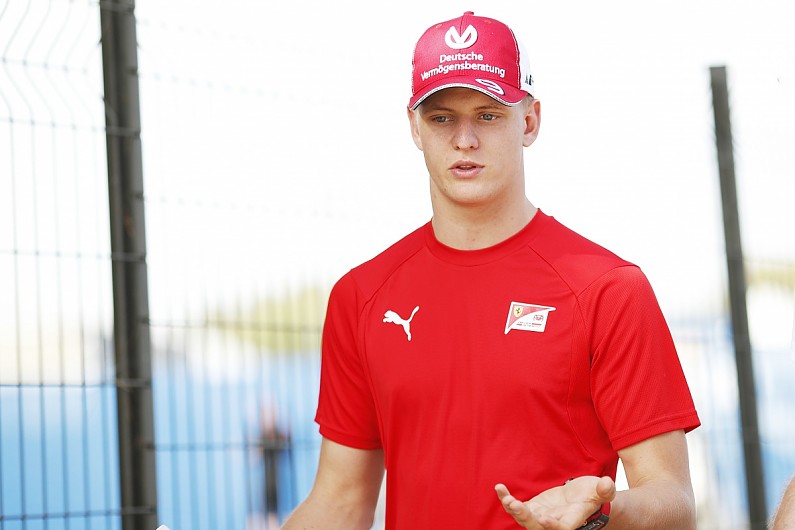 "We are not quite sure what happened yet, we have to wait until we have seen all the details.

"I guess all we can do now is focus onto the next race."

Prema team boss Rene Rosin said before Paul Ricard that he believed Schumacher could "turn bad luck into results" and change the trajectory of his season.

The reigning Formula 3 European champion now lies 15th out of the 21 drivers in the standings with a best finish of 5th, secured in Baku's sprint race.

F2 heads to Austria this weekend and Schumacher won two races and finished second in the finale at the Red Bull Ring during last year's European F3 season.