Alfa Romeo driver Zhou started his first Monaco Grand Prix from last place on the grid after failing to get a lap in after the red flag in Q1, but rose to as high as 14th in the opening stages.

Zhou dropped back to 16th after the red flag stoppage for Mick Schumacher’s crash, and found himself struggling to get an overtake done on AlphaTauri driver Tsunoda.

After getting close through the tunnel, Zhou moved to the left-hand side of the track to try and overtake down the inside into the Nouvelle Chicane, only for his car to then twitch beneath him and send him into a slide.

Zhou did brilliantly to catch the car and avoid crashing before quickly quipping over team radio: “I need new pants after that one!”

The Chinese driver explained that he saw that as his best opportunity to get ahead of Tsunoda, but hit a wet patch that caused him to almost lose the car.

“It was very damp on the inside, and there’s not much slipstream you can gain,” Zhou said.

“That was probably one of the closest laps behind Yuki, so I really had to dive up the inside at the last minute.

“Unfortunately he tried to cover a little bit, and at that moment, I tried to avoid that and hit the wet patch. That was just about keeping the car on-track there.”

The mistake allowed Nicholas Latifi to gain a position, but Zhou felt that it did not really matter as “at least I tried to pick up a position”. 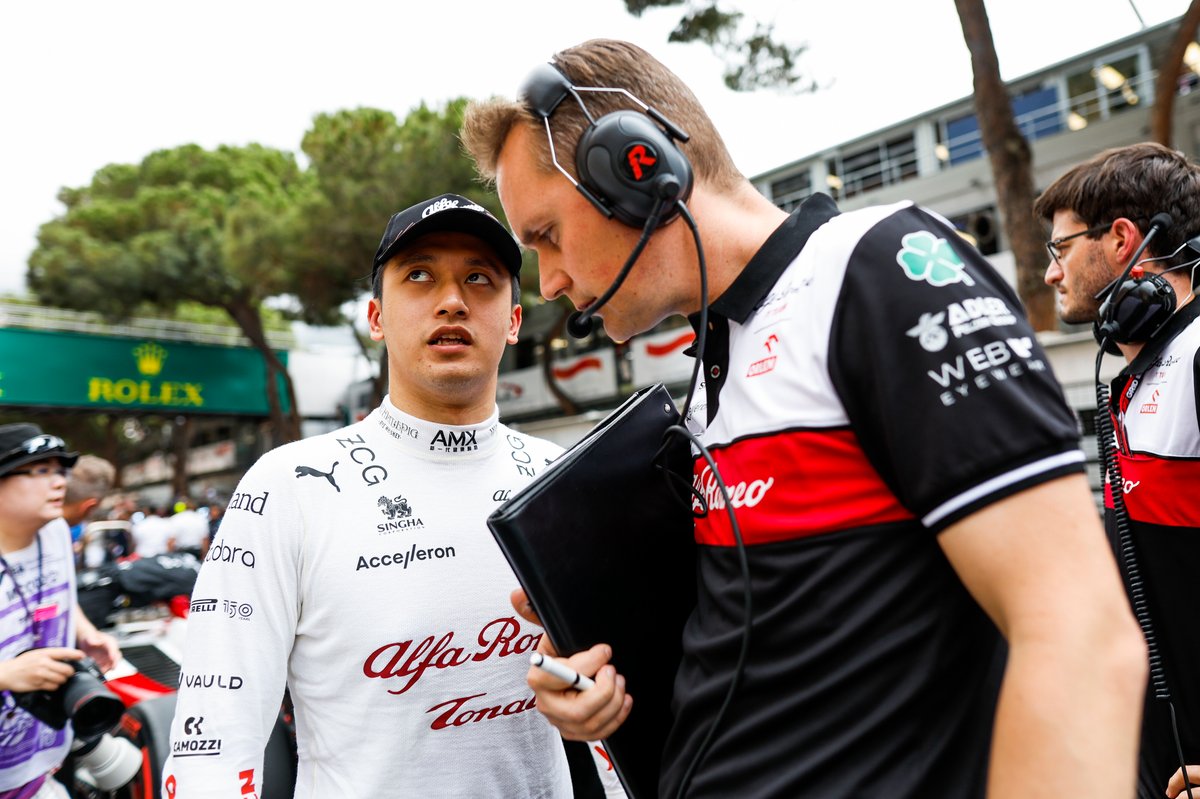 Talking about the save itself, Zhou said: “It wasn’t too cool in the cockpit, it was pretty scary, a sketchy moment. But it will be nice to have a look at the replay.”

He admitted it was “so much different” trying to manage an F1 car around the track, and that experience and confidence was important to build up.

“That was missing a bit, but obviously we shouldn’t be starting last, only because of the red flag and no lap time set yesterday,” Zhou said.

“It was a tough one, I think one of the toughest, but we experienced all different conditions.

“I guess normal race tracks in the wet will be a little bit better now after experiencing Monaco.”