Wolff: Mercedes feels like a university campus as next gen comes through

Toto Wolff says that Mercedes’ Formula 1 squad often feels like a “university campus” as he sees it evolve and the next generation of team members emerge.

Mercedes is currently fighting to extend its record of seven consecutive drivers’ and constructors’ world championships, facing a fierce challenge from Red Bull for the titles in 2021.

Mercedes’ winning record stretches across the entirety of F1’s V6 hybrid era, but the team has brought through a large amount of new talent throughout its dominant spell.

The latest senior change at Mercedes took place at the start of July when technical director James Allison moved into the role of chief technical officer, paving the way for Mike Elliott to fill his old position.

Mercedes F1 boss Wolff has previously spoken of the need to keep bringing new talent through and to ensure the legacy of the team continues by instilling a pride and responsibility in representing it.

In an interview with Autosport, Wolff stressed the importance of the team adapting to the challenges it faces, saying Mercedes had to keep reinventing itself in order to move forward.

“It is a mixture between seniority and young enthusiasm and curiosity. Our team has always reinvented itself.

“When I go through the company, I see still the faces from all the people that have been there since the very beginning, but I see so many young men and women.

“Sometimes it seems like a university campus to me, which is great, seeing the next generation leaders coming up. And there is so much performance that's brought into the development by this next generation.

“That is really something nice to experience personally and as an organisation.” 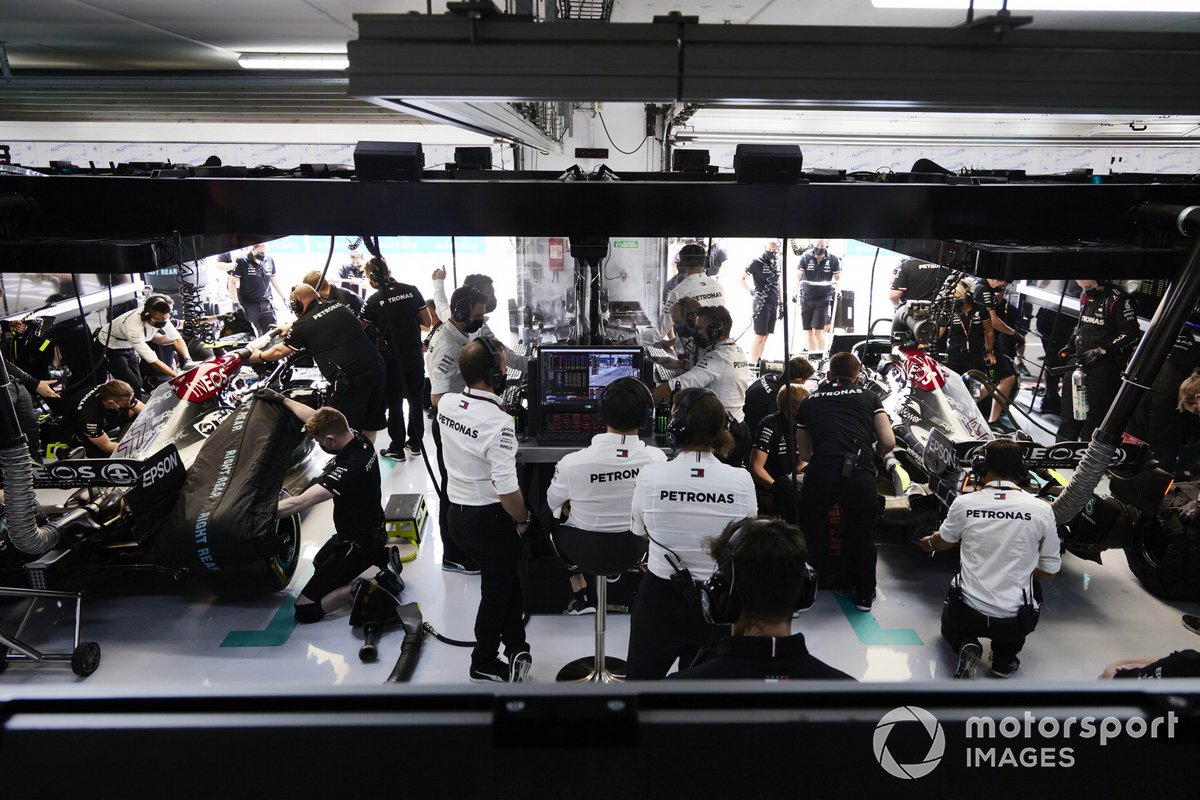 The Mercedes team at work in the garage

Mercedes will look to extend its slender lead at the top of both championships in Belgium this weekend as F1 returns after its summer break, with a possible 12 races still to run before the end of the year.

The team sits just 12 points clear of Red Bull at the top of the constructors’ standings, while Lewis Hamilton is only eight ahead of Max Verstappen in the drivers’ championship.

It has marked Mercedes’ sternest challenge in an F1 title race since 2018 against Sebastian Vettel and Ferrari, but Wolff felt the battle was proving to be a “great learning experience” for Mercedes.

“We were talking all these years about how would we cope when the day would come where our performance wasn't good enough,” Wolff said.

“So we experienced it on the job.

“And that is the time that all values that we had built up in the team, all the resilience that we were talking about, and all the energy that would be needed went live, basically.”

2021 F1 Belgian GP session timings and how to watch