Wolff: F1 shouldn't talk itself down with "polemic" racing criticism

An entertaining Red Bull Ring race came one week after an uneventful grand prix at Paul Ricard that provoked condemnation.

Wolff compared that reaction to comments made by British businessman Gerald Ratner, who infamously criticised his own low-cost jewellery products in a speech in 1991, causing huge damage to the reputation of his company.

"I think all the ones that used the polemic and the hardest words in their rhetoric should remember [this race] the next time they start to complain," said Wolff when asked by Autosport whether there had been an overreaction to the French GP.

"We shouldn't be doing a Ratner and talking our sport down when we have a next race where the sport is more than alive, is spectacular, with a full crowd, with controversy on track, and some fantastic racing." 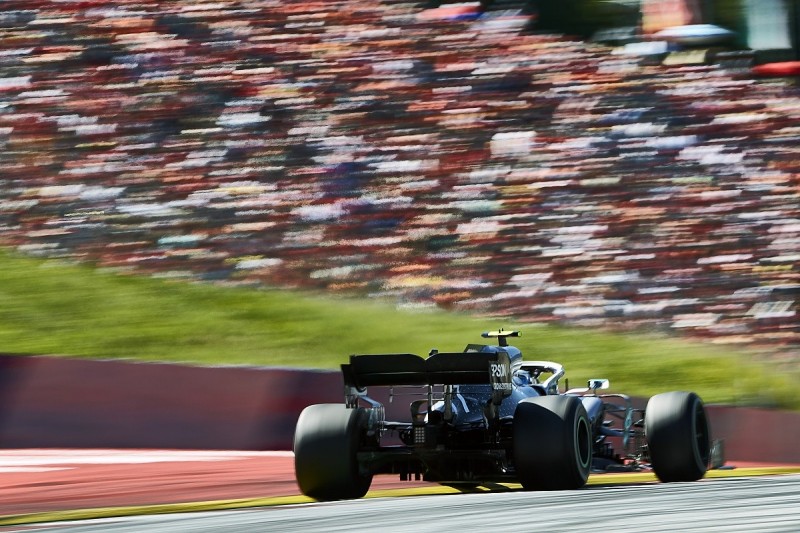 Mercedes' winning start to the 2019 season came to an end in Austria, as both its cars were affected by cooling issues.

But Wolff said the race - which was won by Max Verstappen after a late battle with Charles Leclerc - was "a very good day for F1" and commended Pirelli, which faced pressure to revert to its 2018 tyres before an unsuccessful vote that Red Bull and Ferrari had pushed for.

"[There was] some fantastic racing, and I want to really say bravo to Pirelli, that have stood strong to the opinion that withstands manipulation and delivered us a product that we were able to push until the very end," said Wolff.

"Last year we had some blistering issues, this year the tyre was great, and it is a little bit humorous that the ones that complained the most are the ones that pushed the tyre all the way to the end."

Fans may hate F1 dominance, but it's at the series' heart