Toto Wolff believes Formula 1 has too much responsibility to “freestyle” changes to the regulations amid continued discussions about sprint races and the format of grand prix weekends.

It came after F1 managing director of motorsports Ross Brawn revealed consideration was being given to changing the sprint race format for next season, while Ferrari expressed its support for a possible introduction of reversed grid events.

Mercedes F1 boss Wolff made clear the team was unmoved in its opposition to reverse grids, and remained lukewarm about the success of sprint races, saying the current format “doesn't give a lot of benefit” to teams.

Brazil looks set to host the third and final F1 sprint event of the 2021 season in November ahead of a possible expansion to more events next year.

Wolff said that F1 had to remember the responsibility it has to fans to remain a meritocracy, and warned against making dramatic changes to the regulations just to spice up the on-track spectacle.

“We've resisted experiments in the past because they were too controversial and mainly also against what the sport stands for, and that's real racing,” Wolff said.

“We’ve got great personalities now, it's broadcast in the right way, and people know that it's a meritocracy: the best man and best machine wins. You can see, this year, there's just more cars that are really competitive and a really good fight at the top. 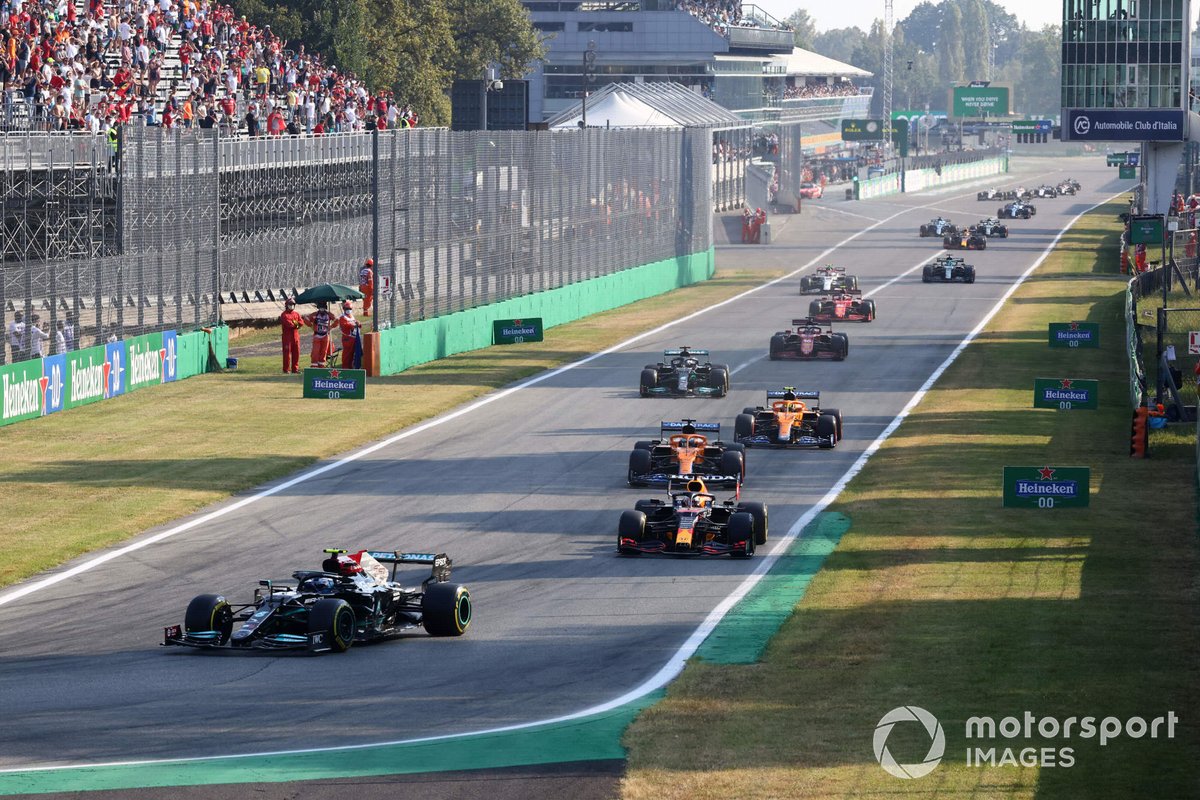 “So, whatever conclusion we take, altogether, the teams, the FIA, FOM and the F1 Commission, whether we discontinue or continue, we need to do it with a fine tooth comb.

“I don't think this is the regulations we should try [to hit] with a baseball bat. We have too much responsibility for our sport to just freestyle with the regulatory changes.

“If Brazil proves to be an exciting race, then maybe there will be appetite to continue.

“But some of the suggestions that have come up are just confused.”

Asked what F1 should do if sprint races were to be scrapped and any reverse grid format was ruled against, Wolff suggested running a traditional weekend format with one fewer practice session than usual.

“Start Friday afternoon with FP1, do a Saturday morning FP2, do a conventional qualifying like we do, and a fantastic grand prix on Sunday,” Wolff said.

“Maybe you want to do some warm-up Sunday morning, to add a little bit more spectacle for the people.

“In any case, I would just shorten the free practice sessions so there's more variability in the results, but keep the rest like it is.”