Carlos Sainz Jr was happy to see his old McLaren team end its winless Formula 1 streak at the Italian Grand Prix, despite Ferrari losing ground in the championship.

Sainz spent two years at McLaren in 2019 and 2020 before deciding to move to Ferrari, with Daniel Ricciardo leaving Renault to fill the Spaniard's seat.

Sainz, who scored two podiums for McLaren and came agonisingly close to winning last year's Monza race behind shock winner Pierre Gasly, said he was happy to see Ricciardo and his former crew win McLaren's first race in nine years after having "gone through very hard moments" during its dry spell over the past decade.

"They had even more pace than last year [at Monza]," Sainz said. "I think last year we had good pace, but not as good as what they had this year.

"And the combination of great starts with great pace, I think they managed to put together a solid weekend. For that I congratulate them.

"It is a team, as you know, I have a lot of appreciation [for]. And in some way, I will be happy for my ex-engineers and the people that I've been working with.

"They've gone through very hard moments also in that team and it's nice to see a historic team like McLaren winning again." 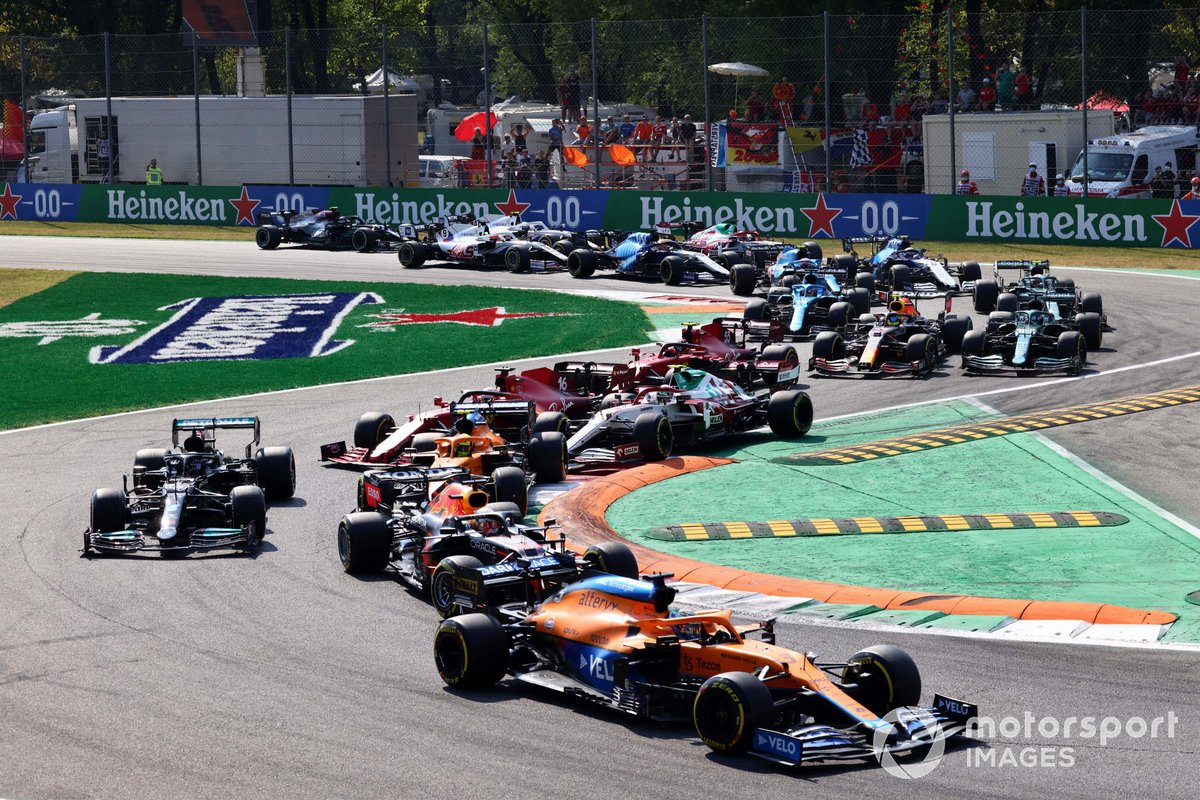 At the same time McLaren's massive 45-point haul - courtesy of its 1-2 victory with Lando Norris finishing second - is a big blow to Sainz and Ferrari as they fight McLaren for third in the constructors' championship.

McLaren had been struggling since the summer break and saw Ferrari starting to build a gap but has jumped back ahead after its Monza dream weekend, leading Ferrari by 13.5 points heading into the final eight races of the year.

"Unfortunately, they are in the fight with us for the championship and it's the worst possible result that we could have for P3 in the championship," Sainz admitted after finishing sixth in Italy, two spots behind team-mate Charles Leclerc.

"But we are still within reach. They've used their chances, and congratulations to them, and we will try and get them back in Russia."