Toto Wolff has denied discussing the possibility of Fernando Alonso moving to the Mercedes Formula 1 team at dinner with Flavio Briatore in Baku, although the Spaniard was talked about

Briatore, Alonso's former manager who remains a close confidant, posted a photograph of his meeting with Wolff and Mercedes non-executive chairman Niki Lauda on Twitter on Friday.

This, combined with a public meeting between Renault chief Cyril Abiteboul and Alonso's manager, Luis Garcia Abed, in the Baku paddock has led to fresh rumours about the McLaren driver's future.

"If you have dinner with Flavio it's clear that you talk about Alonso," said Wolff.

"But we are very happy with our current driver line-up. There's no reason to question that.

"So there wasn't any talking about Fernando joining the team. We talked about Indy."

Alonso further stoked the flames when asked after qualifying if he had found the Azerbaijan Grand Prix weekend as painful as team boss Eric Boullier did.

"So far, it has been quite positive in many ways," said Alonso.

Asked if this was because his management had had talks about his future, he re-iterated: "As I said, it has been very positive for me." 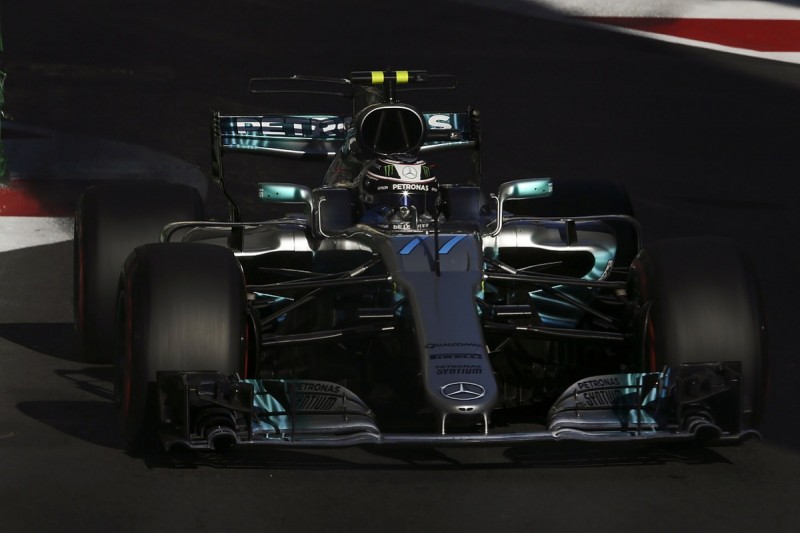 Wolff said there was no reason to doubt Valtteri Bottas's place at the team, despite Mercedes being in no rush to commit to him for 2018.

"I think we just want to give ourselves time to see how the season pans out," said Wolff.

"Probably it's about getting more and more confidence. [There's] no reason not to continue with Valtteri.

"He just has to continue what he does now. I wouldn't want to attach it on a specific race result.

"He's a great addition to the team, and every day he's with us, it becomes more clear.

"I've been in the sport now for seven or eight years, and sometimes taking your time is not a very good, comfortable situation for a driver.

"But it's good for the team to understand what's happening, and this is why we won't be rushing into any decision when it's not necessary."