Mercedes boss Toto Wolff says the harsh reality of dealing with losing in Formula 1 is a world away from fluffy Instagram posts romanticising it will be character building.

With the German manufacturer having been on a roll since the introduction of Formula 1’s turbo hybrid rules, it looks set, for the first time since 2014, not to win either championship this year.

In fact, the struggles it has faced with its tricky W13 has meant it has not even won a race so far in 2022, although George Russell did deliver a surprise pole position at the Hungarian Grand Prix.

While the team has often in the past played up the merits that come from losing and coming back stronger, Wolff says that when facing the kind of campaign it is enduring at the moment, the reality is so much harder to deal with.

“Today we're getting it wrong,” he said. “The non-correlation in the various areas is causing us to not perform.

“Maybe there is a single thing that overshadows everything and therefore we're not doing justice to question really every part of the car.

“Are the tyres something that we fundamentally don't understand and actually all the rest is good? Or is the aero messing it up? Or is it the mechanical balance? I think that is so difficult to dissect.

“As they say in F1, you never lose, you learn. But I can tell you it's very difficult: with all these nice Instagram posts and everything we've talked about over eight years about the way we're going to take this.

“When you're arriving there in the dungeon, to stick to your principles and to your values, keep the spirit up and really continue to relentlessly seek to get better... there's more to write a book about this year than there is about the last eight years.” 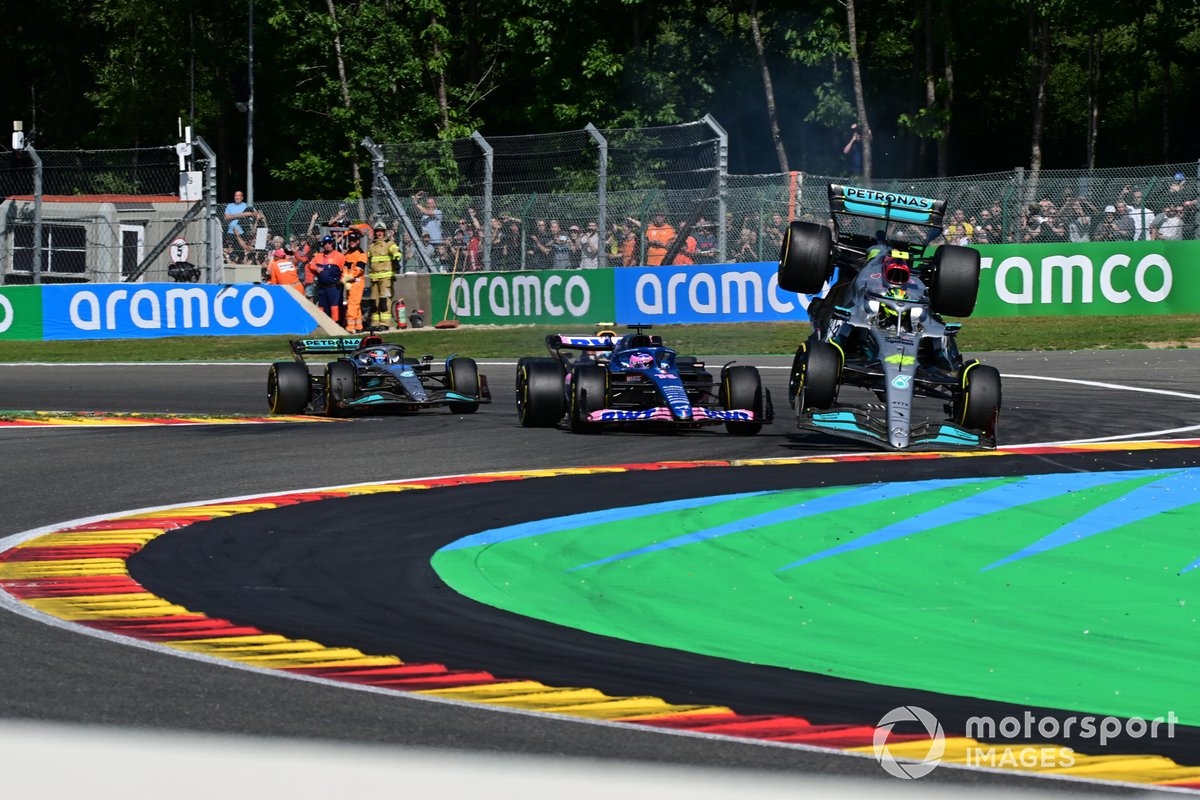 Although Mercedes’ focus right now is on making sure its 2023 car is a step forward, Wolff does not want to sacrifice the rest of this season.

“I think we still have the ambition to win races this year,” he said. “I think if I would have told you that in Budapest, you would have said, well, that's pretty possible. Now, saying that, I look like a fool.

“But there are some racetracks that will suit our car much more than now. Hopefully, we'll get it right on Saturday. So that is the ambition whilst at the same time giving it a big focus on to next year.

“But it's clear. I think the positions are where they are. At least between the top three teams it is what it is. Finishing second or third makes no difference to me.

"Nevertheless, I want to have the best possible race result every single weekend in order to gain confidence in what we do.”

Lewis Hamilton has declared that he cannot wait to see the back of the W13, and Wolff also confesses that the car will not have a fond place in Mercedes’ history.

“I don't think it's going to have the highest place in the Mercedes Benz Museum in Stuttgart,” he said. “Maybe it’s going to go a little bit in the caves.”