George Russell admits he was left with “mixed emotions” after the Formula 1 Belgian GP having come tantalisingly close to securing a podium finish.

Penalties for Verstappen and others saw the two silver cars actually start fourth and fifth, but Russell still anticipated a tough afternoon.

However in the closing stages of the race he was catching the Ferrari of third placed Carlos Sainz when a mistake cost him a shot at passing the Spaniard.

"Mixed emotions because I felt like the podium was definitely in sight, and could have been achieved,” he said when asked about his afternoon by Autosport.

“But all we seem to talk about these days in F1 is tyres, and I had a small lock-up, went a little bit wide, lost my tyres, and that was game over. As I said, mixed feelings.

“I don't think we expected to finish two seconds behind Sainz. We thought we'd be able to beat [Charles] Leclerc. We didn't think we'd beat Verstappen. 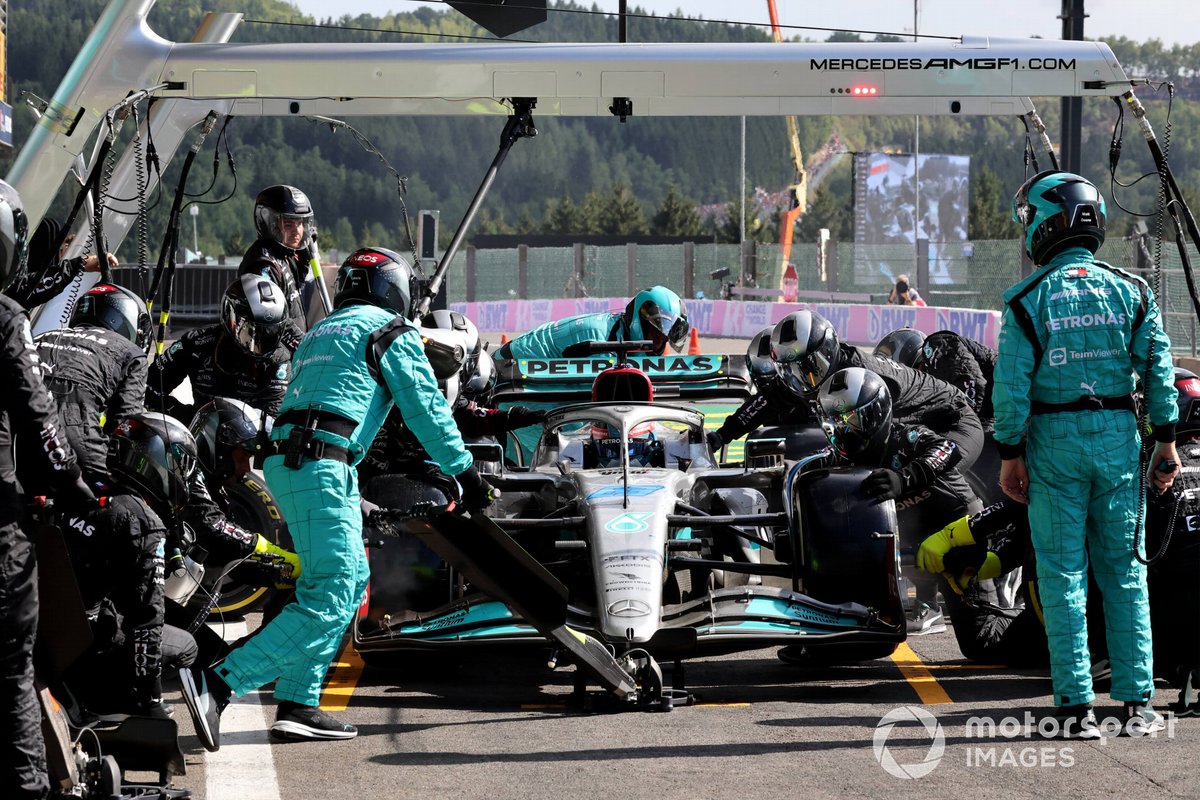 Russell stressed that managing the tyres was a difficult challenge.

"It's really tricky surface, because the tarmac is so open. The grip level in Turn 8 and Turn 9, where it's been resurfaced, is substantially higher compared to the rest of the track.

“And the car always felt great in those two corners, and it felt really poor everywhere else. I was quite surprised the whole circuit wasn't re-laid, but I guess that makes it quite unique here in Spa.

“From a pure driving experience it wasn't the nicest when you compare it with other circuits. Budapest has been recently re-laid, and you can push flat out every lap."

Russell agreed that Spa was a classic example of the 2022 trend of Mercedes looking better in race conditions than over one lap.

"Yeah, I'd say that assessment is probably right. We definitely didn't get it right yesterday in qualifying. And we probably missed about a second performance just in the tyres. Today was obviously a much stronger showing.

“I do believe this circuit exposes some of the weaknesses in our car philosophy. And I hope things will be improved from next weekend onwards.

"But to be honest, it's all a bit confusing at the moment, and there's no guarantees either way."

Asked about potential form at Zandvoort he said: "We learned some interesting things last night to understand why we're probably not as competitive here, as we probably once thought. I'd like to think this will probably be our worst race."

Russell has no concerns about porpoising in Zandvoort's banked turns.

“We definitely experienced a little bit of porpoising this weekend. This is certainly a slightly bumpier circuit than the four circuits we raced on prior to the summer break.

“No concerns in those specific [Zandvoort] corners as such. And it's quite a smooth tarmac. So hopefully it will be OK.”