Force India's Hulkenberg tried a move down the inside of the Red Bull at Turn 12, but the German hit a bump which dislodged part of the front wing and saw him slide into Ricciardo.

The German retired while Ricciardo, who briefly led the race, continued and salvaged a point with 10th.

Force India's Bob Fernley told Autosport: "I'm obviously a bit disappointed for Nico because he had a broken front wing which I think formed part of the problems he had with the accident.

"Given the wing problem you would have to look at it as a racing incident.

"He would have gone in [to the corner] expecting the downforce to be there.

"He was annoyed with himself but he shouldn't be."

It was Hulkenberg's third retirement as a result of a collision in four races, with Fernley suggesting that bad run was down to a combination of two factors.

"Some judgement things he would need to look at and some were the result of circumstances," he said.

"Unfortunately when you are on a bit of a roll it dents your confidence but we have to make sure we support him as he is a major part of our plans.

"The talent is there and he will come back."

The incident was investigated by the stewards who deemed no action necessary as the Force India suffered a mechanical failure that affected "the stability of the car and the ability of the driver to effectively brake for the corner".

Hulkenberg said: "The move was on. There was a damp patch [on the inside line], but I didn't know that at the time.

"Just before the braking zone there was a bump, I went over it and my front wing came partly off.

"I lost a lot of downforce and when I stamped on the [brake] pedal I thought 'shit, I'm not decelerating as much as I usually do'.

"Once we commit there's nothing we can do afterwards. It's very unfortunate and frustrating."

Ricciardo added: "They called us to the stewards and they showed us his front wing failed. Looked like [over] the bump.

"I'm sure he still feels bad, but he has a reason now." 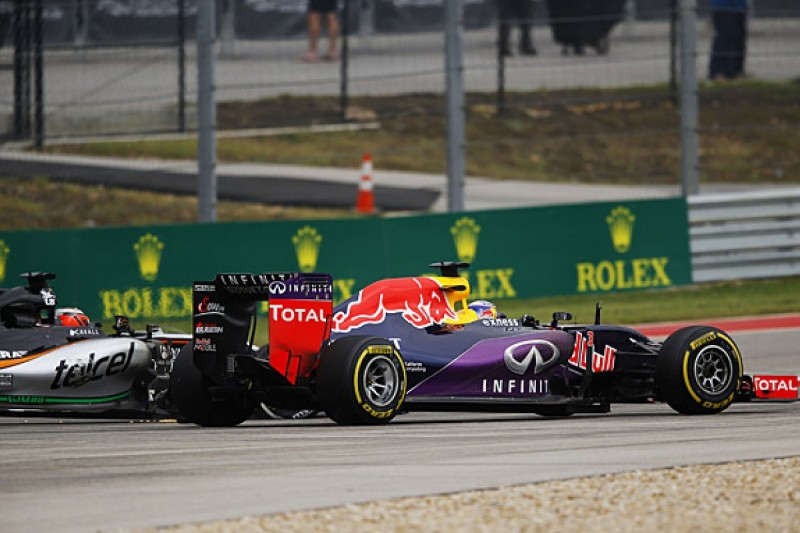