Stroll gained two places at the start to run 13th, but struggled with balance issues and tyres, forcing him to do three pitstops while most did just one.

He crossed the line 18th and last, while team-mate Felipe Massa scored a point with 10th in his final race in F1.

"He just didn't seem to have the balance to make it work," said Williams chief technical officer Paddy Lowe.

"We need to go and comfortably understand whether there was something wrong with the car and at least rule that in or out.

"Then we're onto tyres. It has been a tricky weekend for everyone with tyre temperatures."

Asked if it was fair to say Stroll had struggled all weekend, Lowe replied: "Yes. Even Friday he didn't have the pace. We need to understand that."

Stroll was running an older spec engine, following a failure in Brazil, but Lowe dismissed that as a cause for the deficit.

"There's a small step with the engine but not one that one could use as an explanation in this context," he said. 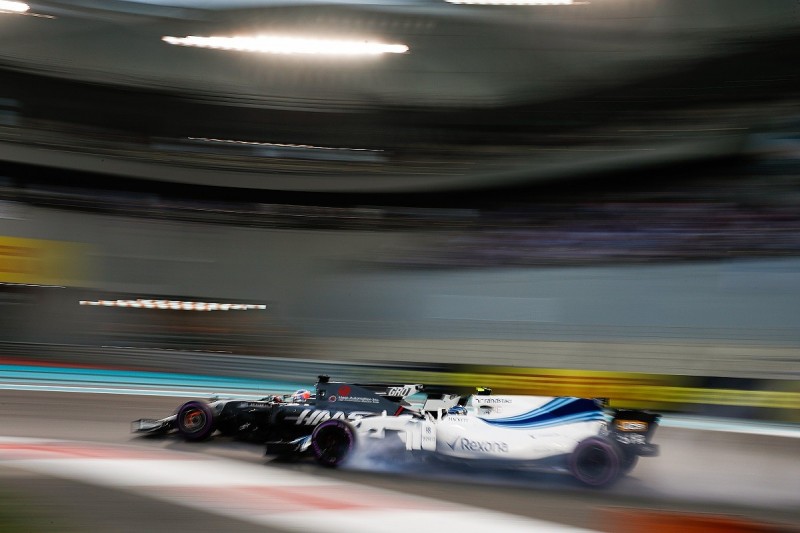 Stroll had a good battle with Romain Grosjean for 13th in the first stint before the Haas came out on top after multiple passes and repasses.

But after that, he struggled with tyre temperature, leading to lock-ups that ultimately forced the extra pitstops.

"He locked up so it's an early stop and then onto the harder tyre, thinking well at least that's a new tyre, but that was worse," said Lowe.

"He couldn't get it to come in. Eventually, he gave up on the tyre and we didn't resist that because he wasn't showing the pace.

"Even he recognised at the end of the race that he was quicker than [Stoffel] Vandoorne at that point so if he had just hung in there, he would have finished ahead of Vandoorne, which is 12th.

"Lance recognises himself that some of that was his own inexperience, where no matter how bad it is, sometimes you just stick with it and make the most of it."

When asked if Stroll needs to make a big step next year, Lowe replied: "Yes, I think that will be more clear to Lance than anyone. But we've got things to work on."