Williams is helping Kubica on his 'journey' to assess F1 comeback

Williams says it is helping Robert Kubica on his "journey" to discover if he is capable of a Formula 1 comeback, but several drivers remain under consideration for a 2018 drive

Kubica and Paul di Resta have both recently driven a 2014 Williams, with the Pole spending a day in action at Silverstone before both drove for a day each at the Hungaroring last week.

Williams technical chief Paddy Lowe said "any driver who hasn't yet got a contract" would be considered by the team, dismissing suggestions its decision on who should partner Lance Stroll next year had already boiled down to a two-way shootout between Kubica and di Resta.

"Our consideration of drivers remains completely open, including Felipe [Massa], who is definitely very high in our consideration, among a range of drivers which is wider than any we've tested in cars as well," said Lowe.

"It's obvious with Robert that he's on a journey to determine whether he can drive a car to the level that he drove in the past.

"And we're exploring that with him, and seeing where that takes us. In his case that's why we did two tests with him, actually.

"And with Paul, he's been our reserve driver for a number of years, and we actually haven't given him very much mileage.

"For various reasons it's the last opportunity we've got to run that car, so it made sense to give him some mileage as well.

"It was an evaluation, that's why we don't use other words [such as shootout], because clearly that's not a current F1 car."

Lowe said Williams "would rather rely on our own investigations" into Kubica's suitability for a drive, than trying to base its decision on any information that came from his test in a 2017 car with Renault after the Hungarian Grand Prix. 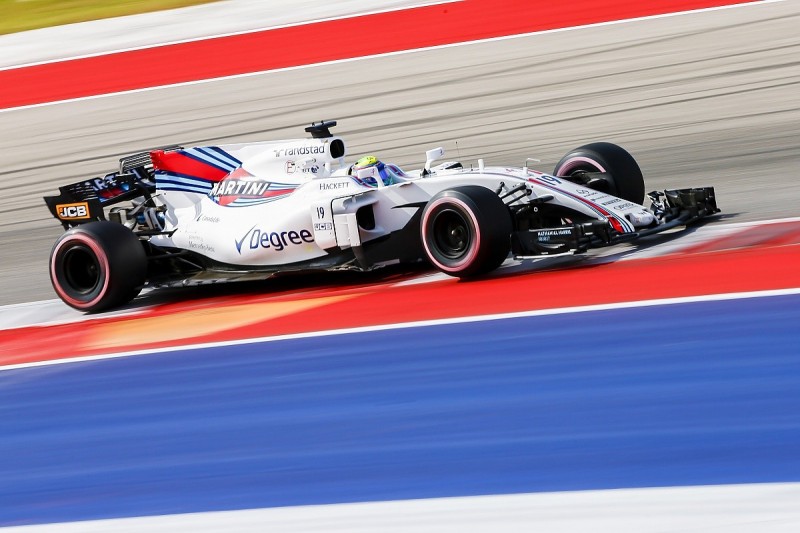 Wehrlein's age not an issue

"Somebody like Pascal, I don't need to put him in a car, because he's in a car every week," Lowe added.

"What's most important for the team is to pick a driver line-up that gives us the best performance and the most exciting racing potential for 2018.

"There are some issues around advertising and Martini, but if it came to it I'm sure Martini will understand the importance, if that's what we were to choose, to have the best line-up for racing rather than for advertising.

"We'll cross that bridge if we need to. Age is not a factor in our primary objective, which is to pick the best line-up."

Lowe said Massa's hope that the team will make its decision before his home grand prix in Brazil on November 12 "makes sense", but Williams has not committed to making its mind up by then.