With Renault investing heavily to expand its operation, it has faced frustrations that Mercedes in particular is slowing down the arrival of staff that have agreed to switch by up to two years.

Abiteboul believes that such "aggressive" contractual terms are not only frustrating for his team, but are bad for F1 because they prevent the spreading of knowledge that keeps the grid competitive.

"Red Bull is not too aggressive in the way they are keeping their people, but Mercedes are the most aggressive," said Abiteboul during a sponsor event with Infiniti at Austin.

"We signed up a senior person from Mercedes last year, and he is not due to join before 2019 because of the contractual situation.

"The UK is very favourable to protect employees for the benefit of the employer, but that is giving us a bit of a hard time. We know it, so we simply have to deal with it.

"Red Bull are not stupid in the way they are protecting their staff. Mercedes have the right to do what they are doing, but I think it is a bit unfair.

"They already have the financial resources but now they are blocking the system by making sure no one can go anywhere.

"It is still a sport and we need to provide a good show and interesting show and that is not what is happening if you are doing that." 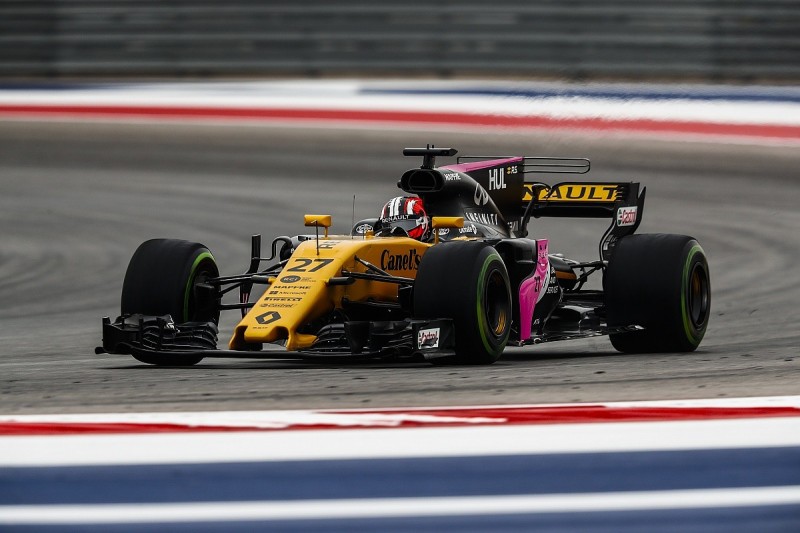 Abiteboul says that signing experienced staff from other teams is essential for helping Renault move forwards, because its young staff need more time to get up to speed with F1.

"The reliability issues that we have this year on our car, a lot of that is due to the fact that we have very young designers in the design office," he said.

"They don't necessarily know the tolerances and load cases, and they don't have this type of experience, so we are suffering."

Abiteboul said that Renault is on course to have facilities that will be at the level of the top teams by 2018.

"We have massively recruited new people, very aggressive people, and a lot of people coming from Red Bull," he said.

"We have upgraded the windtunnel and upgrading next year the [CFD] cluster.

"It is all about facilities and we will be at the level of the best team by the middle of next year, in terms of facilities and number of people, resources.

"Now it is just about making sure that they work properly together."

Williams is helping Kubica on his 'journey' to assess F1 comeback