Williams group profit down in 2017 but F1 team increases earnings

Williams's parent group recorded an overall reduction of £1.2million in revenue in 2017 despite increased earnings from the Formula 1 team and its Advanced Engineering arm

Williams finished fifth in the constructors' championship in 2017 for a second year in a row, with Lance Stroll and Felipe Massa as its drivers.

Despite an improved performance from the F1 team's sister company, Williams Advanced Engineering, overall revenue for parent company Williams Grand Prix Holdings were down by £1.2m from £167.4m in 2016 to £166.2m. Its EBITDA also fell from £15.5m to £10.8m.

Williams said this was due to "a reduction in non-recurring project revenue", which dropped from £13.8m to £1.1m.

The team was boosted in the early part of 2017 by a one-off payment in the region of £10m from Mercedes to allow Valtteri Bottas to leave, while it also received funding from Stroll's billionaire father Lawrence.

CEO Mike O'Driscoll said the results showed that the company is in good shape.

"The team at Williams delivered solid results last year and our 2017 financial performance reflects that continued progress," he said.

"Revenue was up at both the F1 operation and Williams Advanced Engineering in 2017, following on from a strong performance in 2016.

"Our results gave us confidence to continue investing in our facility and technical capabilities." 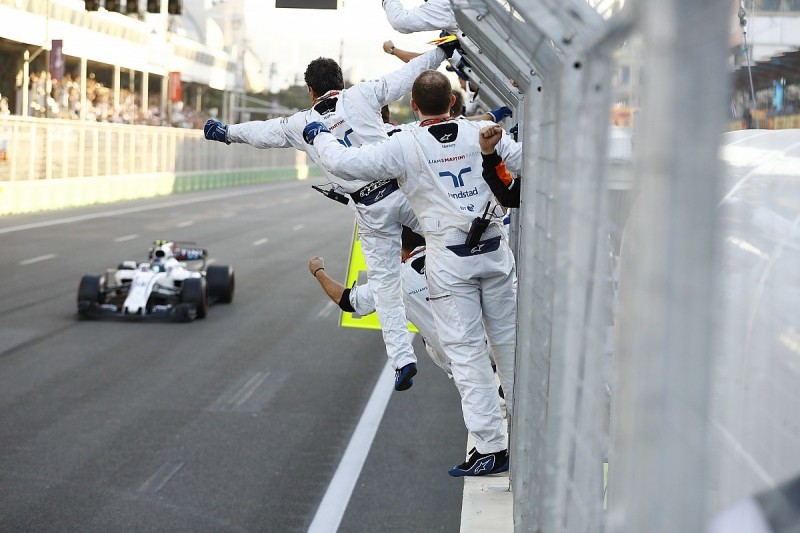 Pointing out that Williams was the only team outside the big three to score a podium finish in 2017 - Stroll finished third in Azerbaijan - O'Driscoll stressed that Liberty's long-term plans to level the playing field are key to the team's prospects.

"This illustrates the large gap in competitive expenditure between the leading teams and the rest of the grid," he said.

"We are hopeful that Liberty Media's long-term vision for the future of the sport can deliver a more level playing field, on which all teams can compete more fairly.

"In the meantime, we are intensely focused on improving our own performance, following a tough start to this season's campaign."

Mercedes claims it completed an F1 pitstop in 1.8 seconds in China