Rob Smedley's role with the Williams Formula 1 team will evolve this season, with the performance chief set to also focus on its medium-to-long term development

Smedley attends all grands prix, responsible for running the Williams cars at the track, and that will continue to be a part of his broader F1 role.

But Smedley admitted Williams, which finished fifth in the constructors' championship last year, needs to focus on planning further ahead if it is to become a frontrunner and that will now be part of his remit.

"I'll still straddle between design and aero," he told Autosport.

"But I will not only look after at the short term - making sure the car runs and maximises its potential at the track and that we have a slick operation in terms of what we're doing with the racing team.

"I'll start to look at the more medium-to-long term development.

"It's important that we start to concentrate a bit harder on that, in order that we're making steps into higher performance fields and not always trying to work at the same level.

"That will be a key part of what I'm doing."

There were rumours of a change of position for Smedley late last year, with some suggestions hinting at him spending more time at the factory.

Smedley admitted the plans remain fluid, especially given the changes to the outfit's technical department. 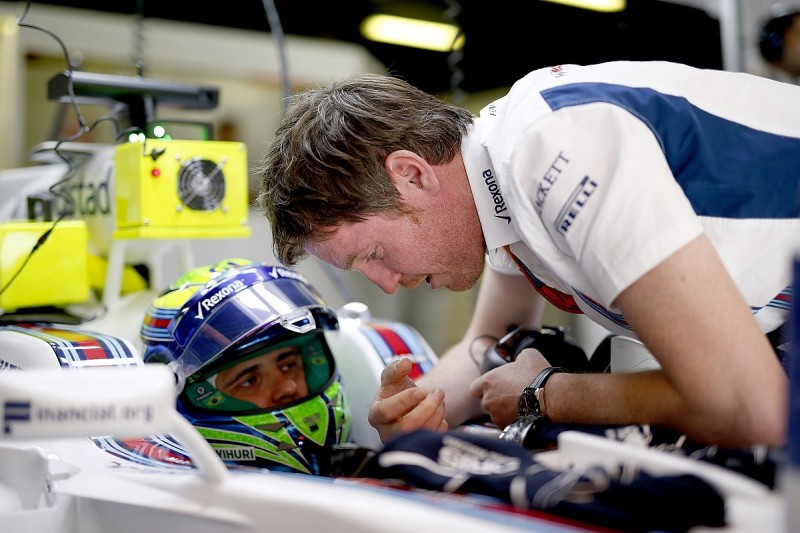 When asked how he will split his time between the track and the factory, Smedley said: "It's not entirely defined.

"That's not because we're disorganised but because we're trying to see how best the structure is going to fall out and where best to use everyone's talents.

"It will become clear, especially when the new car comes out, as a lot will depend where the biggest need is.

"I work for Williams, I'm passionate about this team, as I have been since I was a kid.

"I'm happy to be part of the ongoing rejuvenation of Williams and I want to see it through in whatever role that is in.

"It's important for me to see it through to the end.

"I've made a commitment to the team.

"It was a lean year [in 2016], but people who don't show resolve and walk away during the lean times for a more comfortable warmer environment to be in are perhaps not the people Williams want to employ anyway."