Liberty has had control of F1 for over a year but the honeymoon period in which it drew universal support and enthusiasm from stakeholders, teams and fans ended last week.

When Liberty and world motorsport's governing body the FIA outlined the new engine rule proposal for 2021 onwards, there was significant criticism despite a consultation process with current manufacturers and potential new entrants alike.

Mercedes and Renault voiced fears of a new spending war because the changes would force them to design new engines from scratch, while Ferrari was especially upset that a move to more standard parts risked taking away its identity as an engine manufacturer.

Ferrari president Sergio Marchionne went as far, in a call to investors, to issue a threat he would withdraw the team from F1.

"If we change the sandbox to the point it becomes unrecognisable, I don't want to play any more," he said.

Against the backdrop of the engine spat, and Ferrari's threats, F1 teams will arrive in Interlagos on Thursday fresh from the second phase of their discussions with Liberty at this week's Strategy Group - focused on future budget caps.

Even big teams like Mercedes and Ferrari accept that there is a need to reduce costs in F1, but they are equally mindful that any dramatic cut back in budget could serve to hurt their own competitive ambitions.

There are serious questions to answer. Will there be universal support for the ideas that Liberty put forward? Will there be criticism? Or will F1 be in a holding pattern until the nitty gritty discussions about future prize money begin in earnest?

Mercedes and Ferrari must be braced for a reduction as the commercial payments are set to be shared out more evenly, but until teams know the exact breakdown it is hard to work out exactly where their expenditure needs to be.

It will also be interesting to see how Liberty reacts to the first criticisms of its vision: F1 chairman Chase Carey and allies Ross Brawn and Sean Bratches have been totally silent. 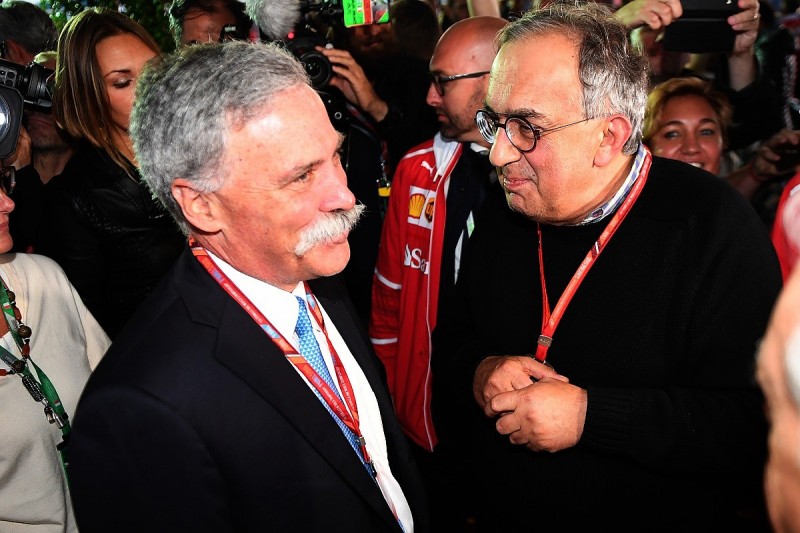 Will they be able to maintain that stance in the packed confines of an F1 paddock,or will they respond to explain why they believe their plans for the future are better?

Liberty has a choice to make. Does it want to embrace and push for an F1 vision of a more equitable playing field, where there are many race winners each year and teams like Force India can have a good chance of success? Or does it want to keep the current status quo of appeasing Ferrari because the brand is so strong? It cannot deliver both.

There will be a further spanner in the works for Liberty this weekend too, for just as F1's politics heat up again, Bernie Ecclestone is making his return to the paddock.

Ecclestone has returned to the spotlight recently, throwing a few curveballs like suggestions Mercedes helped Ferrari because it needed a respected rival. As Mercedes boss Toto Wolff said: "He is the only one who is able to sit on the other side of the world and throw a hand grenade and it actually lands in the paddock.

Now, we appear back in that very scenario. Paddock opinion is divided, talk about future rules are gathering pace, the news agenda is hungry for intrigue now that the title battle is over - and some Ecclestone mischief is set to be thrown into the mix too.