Sebastian Vettel believes the way he looked after his tyres during his first stint at the Azerbaijan Grand Prix was key to his first Formula 1 podium with Aston Martin.

The German made the most of a lengthy opening stint in the race to move up the order, and then benefited from having fresh soft tyres available for the restart after the red flag to grab runner-up spot behind race winner Sergio Perez.

Looking back on how the race panned out from 11th on the grid, Vettel reckoned that it was the opening stage that proved critical, especially having been able to start on a new soft tyre rather than one that had been used throughout Q2.

“I think strategy wise obviously it's always better to start further up,” he said. “The new tyre for sure didn't hurt, because other people had a couple of laps on from qualifying.

“So it helped us to go longer, but we really preserve the tyres well and I think that was the secret, plus the pace that we had. I think in the race the car felt good and it was the key to keep progressing and chipping forward.”

Vettel said that the podium form had been a surprise, even though the car had felt quite solid throughout practice in Baku. 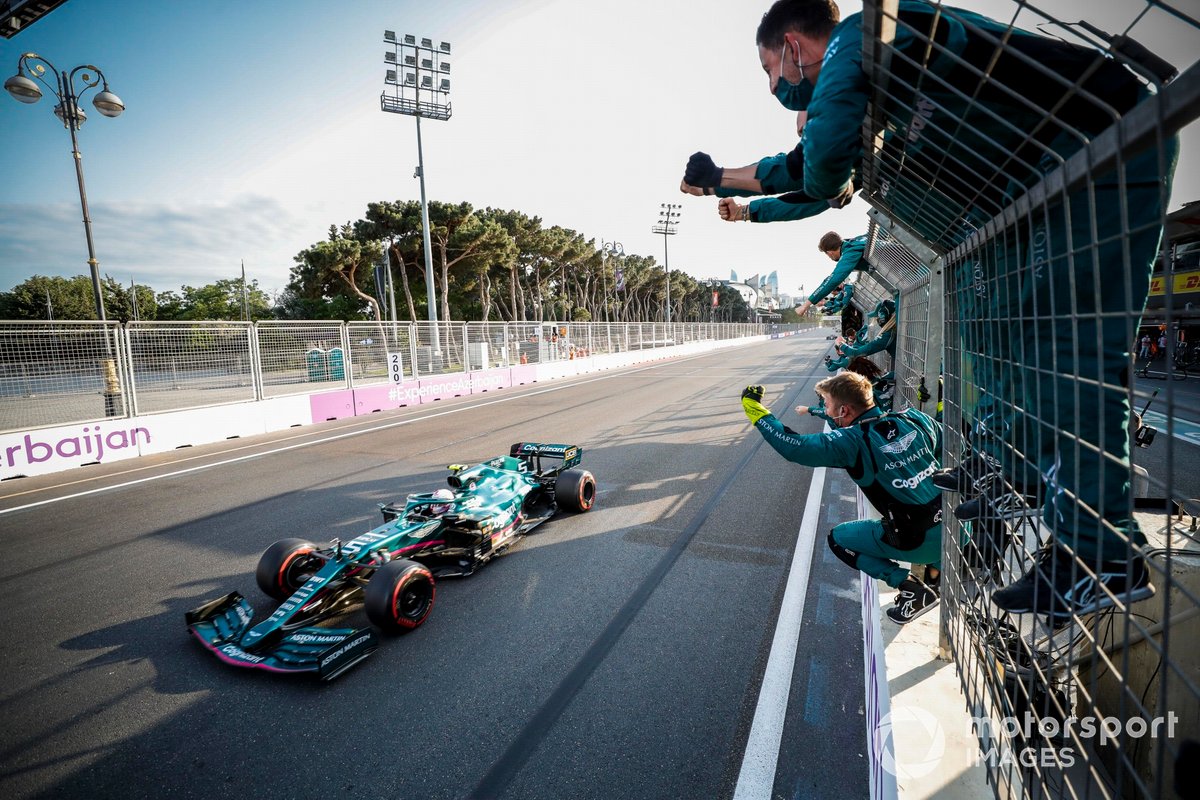 “I mean, I'm over the moon,” he explained. “I think this is great, obviously a podium. We didn't expect that when we came here.

“But already on Friday, even though we were nowhere, it felt good. I was quite relaxed. Yesterday, we didn't quite get it. But today is even sweeter.”

Vettel also acknowledged that the podium felt especially good because of the big difficulties he had had adapting to the Aston Martin at the start of the year.

“I think it means a great deal,” he said. “Obviously. It's been a tough start for us. I think it was a great race and we had good pace. That was the key.

“Obviously, I had a good start , made up some positions right straight away, then looked after my tyres as soon as everybody went to the pits.”