After qualifying sixth on Saturday, Perez was able to battle through to third place before pitting, where he managed to jump ahead of Mercedes driver Lewis Hamilton.

Red Bull looked set for a 1-2 finish before leader Verstappen suffered a tyre failure with four laps to go, causing the race to be red flagged.

It set up a two-lap sprint finish with a standing restart, but Perez was able to keep his cool and retain his lead to score his second F1 victory, and his first since joining Red Bull.

Perez felt "so happy" to have won the race, but expressed his sympathy towards Verstappen after his DNF, before revealing that he was also close to not finishing as well with an unspecified issue. 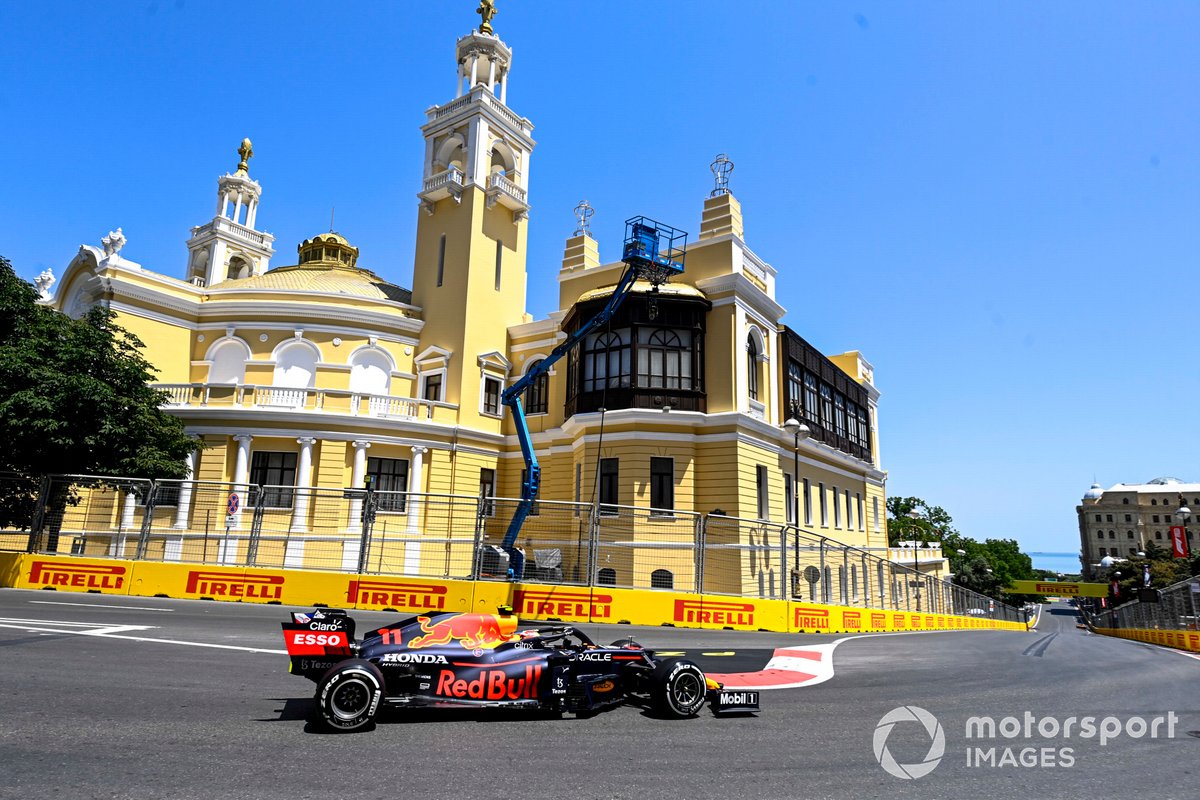 "First of all I have to say I'm very sorry for Max because he did a tremendous race, and he really deserved that the win," Perez said.

"It would have been incredible to get that 1-2 for the team. But at the end, you know it is a fantastic day for us.

"We were close to retiring the car, but luckily we managed to finish the race. And really, it was quite difficult all the way until the end."

Red Bull team principal Christian Horner revealed after the race that it was an hydraulic issue that left Perez at risk of not finishing.

Perez’s race engineer was heard telling the Mexican driver to stop his car at pit exit after crossing the finish line, leaving him to return to parc ferme on foot.

“He was nursing an hydraulic issue as well that we were really concerned that the car wouldn’t get to the end of the race, which is why he stopped after the chequered flag,” Horner said.

“You thought that we could only lose when they got the restart, but thankfully it all worked out tremendously well, and Sergio did a great, great job.”

On the standing restart, Perez was beaten off the line by Hamilton, only for the Mercedes driver to go straight on at Turn 1 and drop to the back of the field, eventually finishing 15th.

"At the start, I had a poor start and he was alongside me but I was like, I'm not going to miss it," Perez said.

"I broke as late as I possibly can and he did the same. It didn't work for him. At least it's a good day for for the team. This is definitely a strong boost of confidence for both myself and the team."

The result sees Perez move up to third place in the drivers' championship, as well as single-handedly extending Red Bull's lead over Mercedes in the constructors' standings to 26 points.