The Ferrari driver saw his lead over Lewis Hamilton cut from 20 points to one in the British Grand Prix, which Hamilton won comfortably from pole while Vettel slipped back to seventh due to a late tyre failure.

Mercedes has taken pole for eight of the 10 races so far this season, and Ferrari has not started from the front since the Monaco Grand Prix in May, which Vettel says is a key area of focus for the team.

"It's probably true that the last couple of races Mercedes was a bit stronger, but I think the real gamechanger is qualifying," said Vettel.

"They are able to turn up the engine, they are gaining between three and six tenths to us on the straights.

"In Baku it was seven, in Austria it was half a second.

"That's something we can't do. We are working on it, but it doesn't happen overnight.

"There is no reason to panic or worry, but we need to be aware.

"They are very quick, they have a couple of advantages that we need to work on, and then it could be a different picture.

"It's a no-brainer, if you have the cars in front for the first lap, the first corner, the race looks different."

Vettel said he remains happy with Ferrari's race pace, and that its step forward from 2016 to this year should not be forgotten.

"Last year we were far, far away, this year we've been matched [with Mercedes] for the majority of the year," he said.

"We must not forget where we have come from - we have done the biggest step out of all the teams.

"Red Bull has been vocal in the winter how good they would be this year, so far they haven't been there.

"Everybody is pushing hard, and we are trying to work hard on that advantage that [Mercedes] currently have in qualifying.

"We know where to tackle but it's not that easy.

"The car is great, it has been fantastic again in the race here, arguably not quick enough, but still quicker than what we got in terms of result." 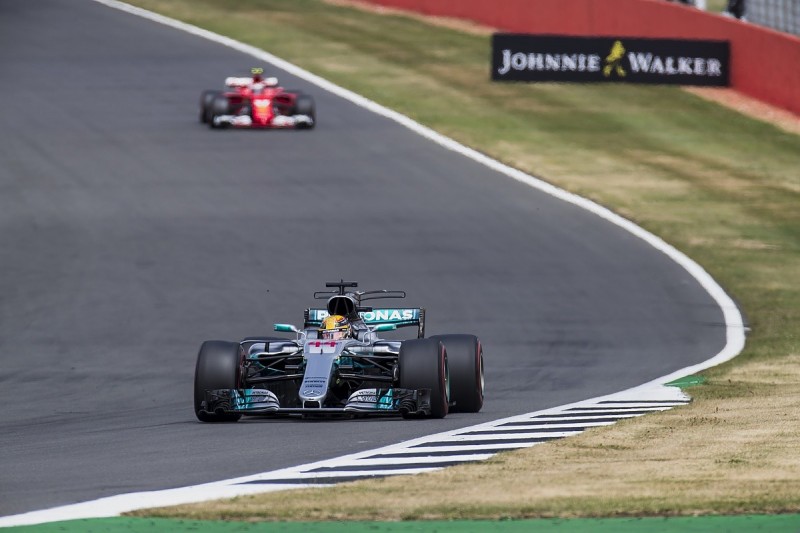 "Qualifying pace is looking very strong and today our race pace was a lot higher than the Ferraris, probably for the first time this season," he said.

"That's really good to see, particularly as I think they came with an engine upgrade and we didn't come here with any upgrades.

"There's pros and cons between both teams in terms of performance, it's been kind of level, but this weekend we've been able to exploit the full performance of our car, more so than any other race we've done this year.

"I don't know what else to say except it's been an exceptional performance this weekend from everyone."

Villeneuve: Kvyat should be dropped by Toro Rosso Formula 1 team