Max Verstappen felt "very happy" with the feeling of his Red Bull Formula 1 car during Friday's practice running for the Belgian Grand Prix despite crashing late in FP2.

F1 title contender Verstappen finished P2 in the first session of the day at Spa before taking top spot in second practice, edging out Mercedes rival Valtteri Bottas by 0.041 seconds.

But a mistake from Verstappen led to the session being brought to an early end after losing the rear of his Red Bull RB16B exiting Les Combes, causing him to hit the barrier on the left-hand side of the track.

The incident sparked a red flag with three minutes remaining, meaning that FP2 did not resume.

Asked what happened in the crash, Verstappen replied: "I don't know, just lost the rear. A bit too much oversteer to correct and unfortunately I hit the wall."

Despite the late crash, Verstappen was generally left feeling very positive about Red Bull's running on Friday at Spa, which has traditionally been one of its weaker tracks.

"It was good, I think the whole day, we were quite happy," Verstappen said.

"Of course there are a few things to fine tune from FP1 to FP2, and overall, [I've] been very happy. I think definitely a very positive start."

Verstappen revealed he made no changes to his wing level through the day, and that he was "happy with what I have".

"Of course [there are] a few things to take into consideration with the weather as well," Verstappen said.

"[It's] difficult to say [what would happen] in the wet because so far we haven't really driven in it. I think every day will be a bit like it was today. Definitely it will be quite interesting." 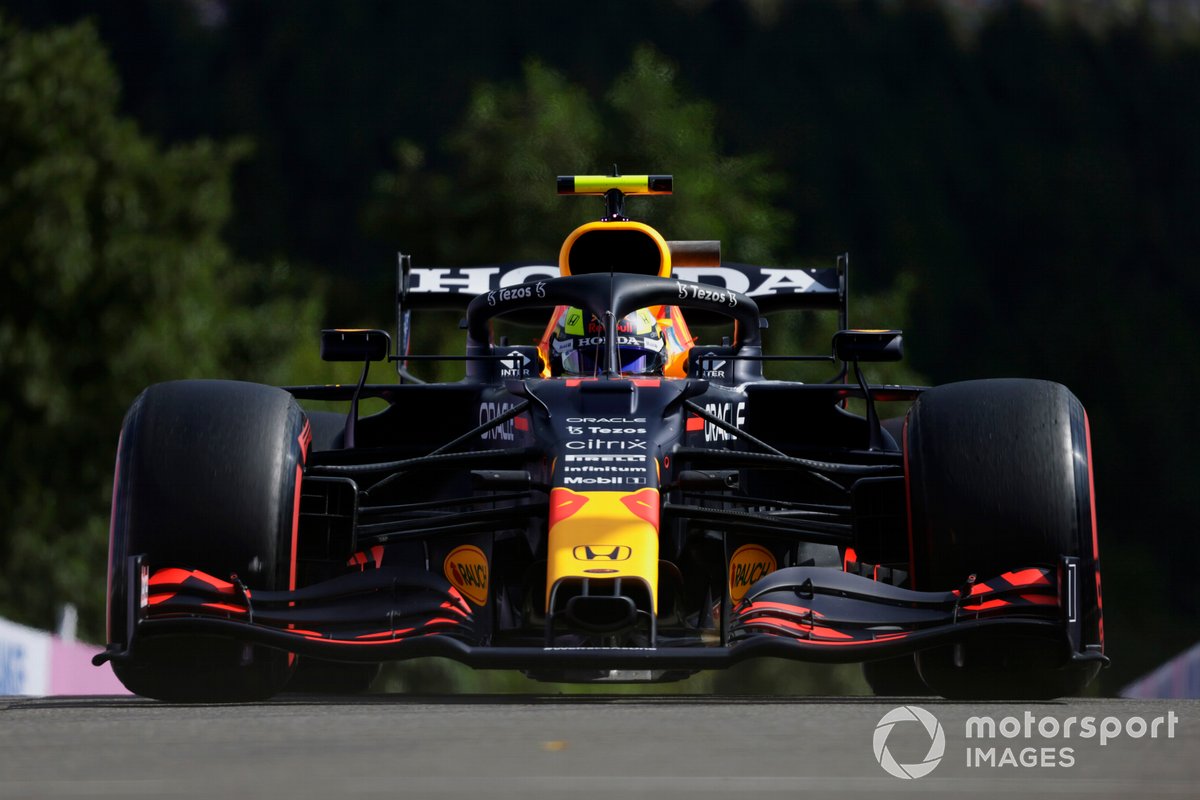 Perez finished nine tenths of a second off Verstappen's time in FP2, leaving the Mexican driver down in 10th place.

But Perez - who was announced as a Red Bull driver for 2022 on Friday afternoon - was nevertheless pleased with how the car was feeling heading into the rest of the weekend.

"The car is feeling good, I think we have good potential for the weekend," Perez said.

"It's going to be interesting just what happens with the weather tomorrow, but yeah, I look forward for it. I think we should be able to have a good qualifying session.

"We got plenty of information from today, and yeah, we just have to pick out the best bits for tomorrow, and make sure that we are able to have a strong quali."