Red Bull will wait to find out what the rest of the Formula 1 calendar looks like before deciding where Max Verstappen and Sergio Perez will take grid drops.

Red Bull’s power unit supplier, Honda, revealed on Thursday that both Verstappen and Perez had lost their second of three engines to use this year due to crash damage sustained in the past two races.

It has put both drivers on the brink of a grid penalty that the team has come to accept is inevitable with a possible 12 races still to run this year. Exceeding the three-engine allocation for the season triggers a 10-place grid penalty.

Any grid drop could have an impact on Verstappen’s bid for the drivers’ championship, with just eight points separating him and Mercedes rival Lewis Hamilton.

Verstappen took his third and final engine of the season on race day in Hungary, but Red Bull team principal Christian Horner said the team would wait and see what the rest of the calendar looks like before deciding where to take the grid drop.

Doubts currently linger over races in Turkey, Mexico and Brazil, while Mugello and Qatar have been mooted as possible alternative venues.

“Of course we will have to take penalties later in the year,” Horner said on Sky Sports F1 during Friday’s practice running. 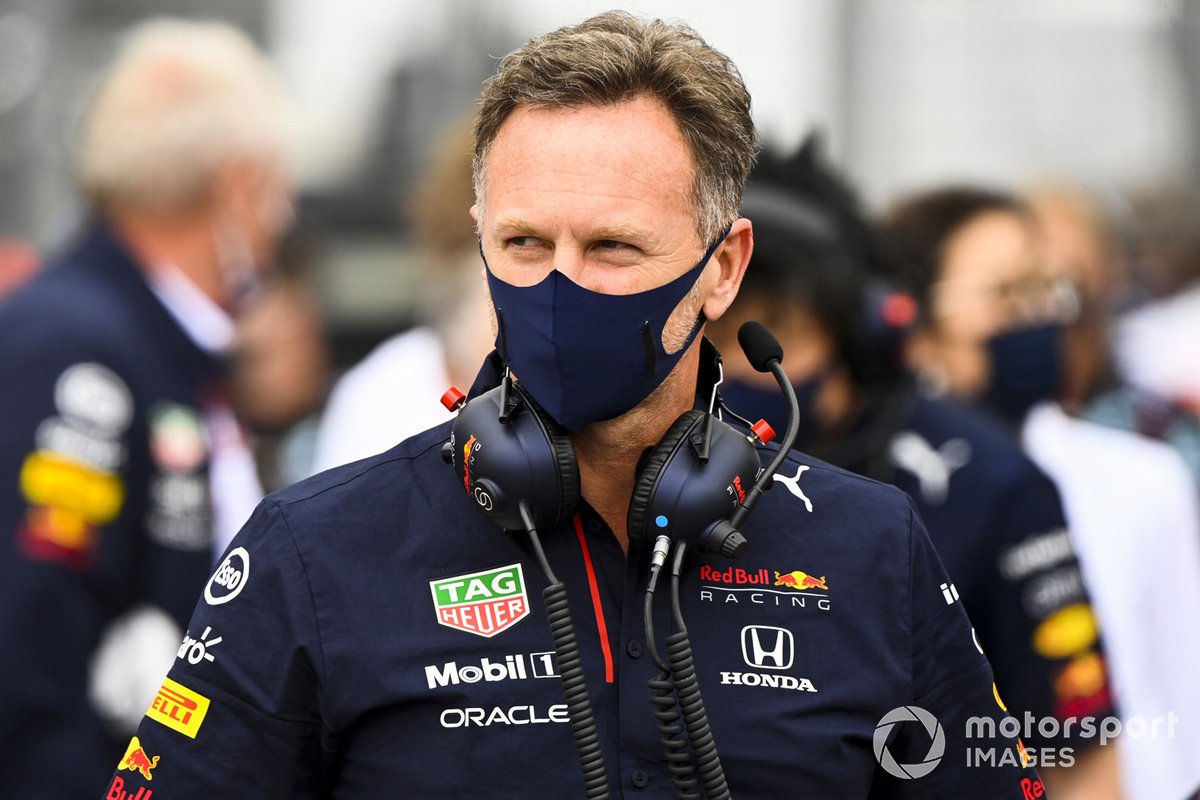 “It’s a question of strategically when do we take those. I think we’ll wait to see exactly what the calendar evolution looks like as well.

“You’ve got to pick your moments strategically to do that, do you do it early, or do you do it a bit later, or pick a time where you maybe have a bad session and that’s the time to effect the change.”

Valtteri Bottas and Lance Stroll will serve grid penalties at Spa this weekend for causing the Turn 1 collisions in Hungary. Both drivers said that it was a good track to take the penalty given the number of overtaking opportunities.

While Horner agreed that Spa would be a “good track” to take the penalties at, he was wary of dropping down the order in wet conditions that could await on race day.

“It’s an open circuit, you can overtake here, but at the same time, if you qualify well, do you want to be in the mist and spray?” Horner said.

“We saw the danger of being in a damp race at the last weekend. So it’s something we’re constantly evaluating and constantly looking at.

“I think so long as you’re flexible with it, the right opportunity will present itself.”