The Dutchman and team-mate Daniel Ricciardo qualified second and third respectively for the race, and appeared well set to challenge Ferrari's Sebastian Vettel for victory at the Marina Bay circuit.

But Verstappen's race was ended at the first corner after he was involved in a collision with Vettel and his team-mate Raikkonen, while Ricciardo suffered a gearbox problem in the race that left him unable to properly threaten race winner Lewis Hamilton.

Asked about Red Bull's expected form over the remaining races, Verstappen said: "[It won't be] as strong as at this track."

Pushed on the possibility of Abu Dhabi presenting another opportunity for Red Bull to win a race, to add to Ricciardo's success in a chaotic Azerbaijan Grand Prix in June, Verstappen added: "No, there are too many straights there.

"This was of course our best chance to get a good result - and that didn't happen.

"But the whole year things haven't gone my way.

"So maybe it needs to happen a couple of more times and then maybe you have a couple of years where everything goes really well for you." 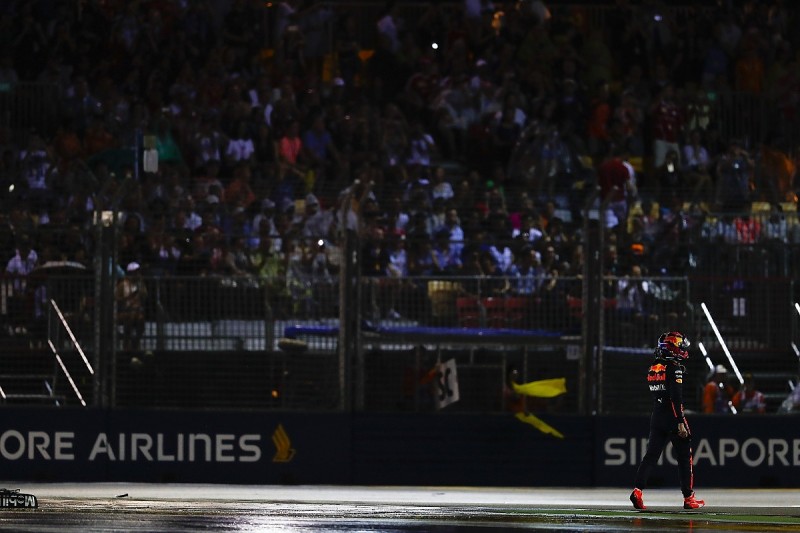 Verstappen's Singapore retirement was his third opening-lap exit of the season, having been involved in early collisions in Spain and Austria too.

He said there was no point venting "unnecessary" frustration in the knowledge that a number of his retirements this season have been out of his control.

"That's the way I've been brought up," he said.

"I wasn't allowed to do this and I've never done this: especially in a situation where you can't do anything about it yourself, then it's also completely unnecessary.

"If you are fighting for the championship and in the last race you throw it away yourself, then it's a completely different situation.

"Maybe then you will throw something, to release the anger.

"But I'm not in that situation, I didn't do anything wrong myself and it's just been a year where everything goes wrong on Sunday."