Max Verstappen thinks Red Bull could have done a better job with its strategy for the Formula 1 Bahrain GP, after boxing itself in with its tyre usage in practice.

The Dutchman had headed into the race as favourite for the victory after sweeping all three practice sessions and qualifying on pole by nearly 0.4 seconds, but lost out to rival Lewis Hamilton after the world champion's Mercedes team went aggressive with its strategy.

But Red Bull’s ability to respond was hampered by it not having just one set of the hard compound tyres available - having used an extra one in practice - while Hamilton and team-mate Valtteri Bottas both had two sets to make a two-stop strategy work best.

Reflecting on how the race panned out, Verstappen reckoned that Red Bull would have to scrutinise how it handled its tyre allocation throughout the weekend.

“I think, strategy-wise, we’ll have to analyse what we could have done better, maybe,” said Verstappen.

“But also, we didn’t have the tyres like they had. We didn’t really have a lot of flexibility in the strategy, so maybe also there we could have done better in choosing our tyres throughout the practice.”

However Red Bull boss Christian Horner doesn’t think that the Bahrain GP was lost on strategy, as he suggests Mercedes had a much quicker car in the race than in qualifying.

“Mercedes had very strong pace at the beginning of the race and we couldn't break [away], and create a gap to cover them,” he said. “Their degradation looked impressive. 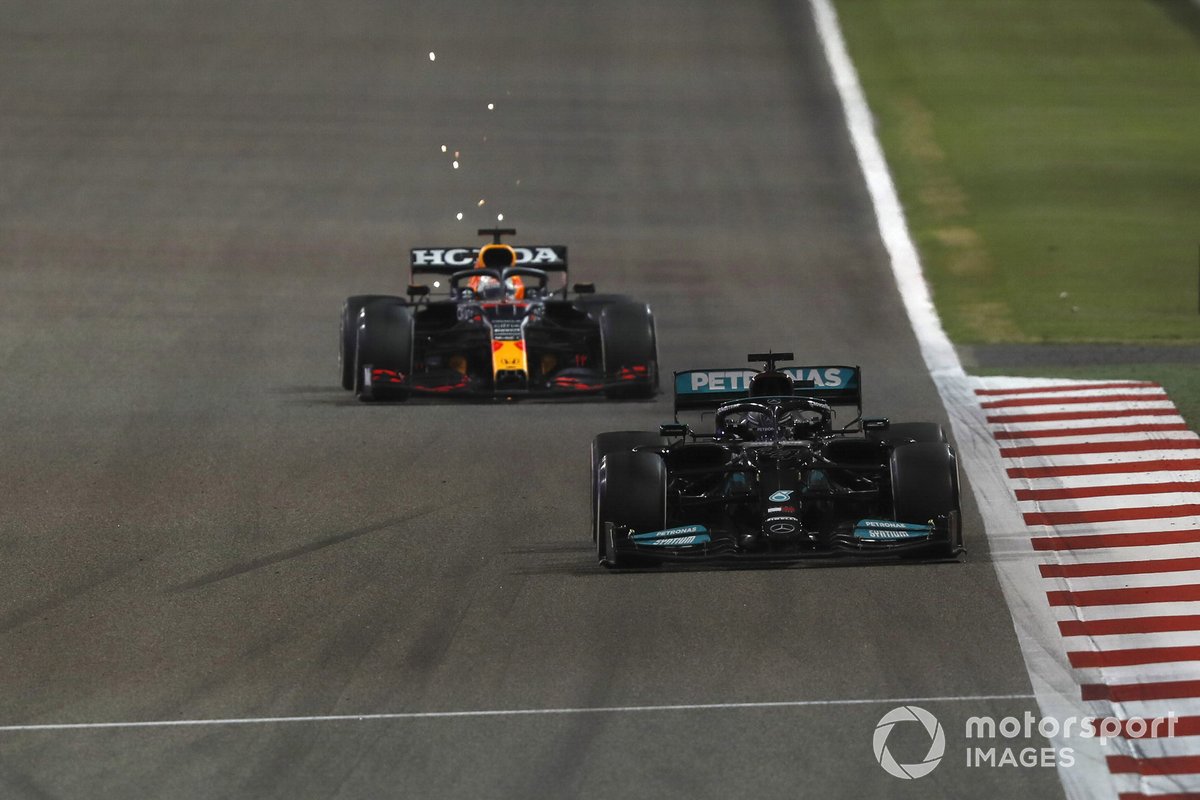 “So Max could never get more than two seconds clear of Lewis. They obviously pitted early for the undercut, we then conceded track position. And going into the race we very much fixed our strategy on a two stop.

“They obviously went early again on their last stop. We stayed out 10 laps longer, so we had a better tyre for the final stint, but, unfortunately, Lewis had just enough to be able to hold on.

“It’s obviously tough to lose a close race like that, but we have to take a lot of positives out of the weekend.”

Despite his frustration at missing out on back-to-back victories, having won the 2020 Abu Dhabi season finale, Verstappen said it was a good sign for Red Bull that it wasn’t happy with a result that would have been welcomed in a 2020 season where it was rarely capable of matching Mercedes.

“Last year we would have been super-happy with this result and now we are disappointed,” he said.

“So we definitely made a good step forward and of course it is still a very long season.

"We just have to get on with it and try to do better.”