Max Verstappen has further outlined his early frustrations with the handling of Red Bull’s 2022 Formula 1 challenger, saying “a car cannot be fast with understeer”.

Although Verstappen went on to claim the 2022 title with four races to spare and with a total of 15 victories, his title rival Charles Leclerc won two of the opening three events for Ferrari and might have won more in the first phase of the year but for his team’s issues with strategy and unreliability.

While Verstappen’s Red Bull squad also had early-season retirements due to its fuel pump issues, which meant the Dutchman retired from the Bahrain and Australia races Leclerc won, he also lost qualifying positions (including pole in Jeddah) to team-mate Sergio Perez as the RB18 at that time did not suit his driving style.

This centred on the car being above the 798kg minimum weight limit at the start of the campaign, which added understeer to a package where that was already being felt due to the unexpected handling issues from Pirelli’s 2022 front tyres – newly constructed for the switch to 18-inch wheel rims – in the slow-speed corners where ground-effects cars do not perform at their best.

The combined problems left Verstappen unable to have the extremely pointy and nimble front end he prefers until Red Bull was able to get the RB18 under the weight limit and could apply ballast to load up the front axle and create Verstappen’s wilder, oversteer-happy approach.

Speaking to Autosport in an exclusive interview, Verstappen explained how his driving style fitted in along with the requirements of the new ground-effects machines, with the understeer issue felt most when running on near-empty tanks in qualifying. 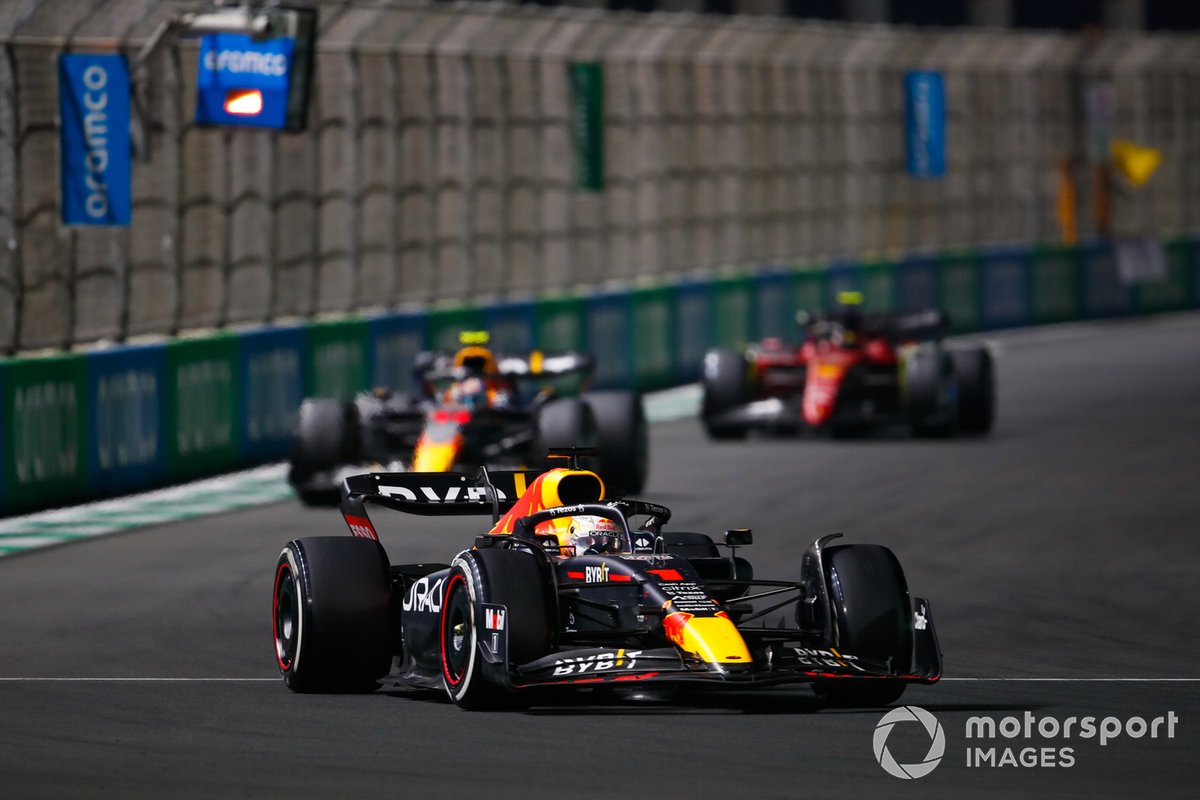 Early in 2022 Max Verstappen was struggling to get the oversteery car balance he enjoys due to the Red Bull being overweight.

“Well, now it was just related to the weight of the car,” he said.

“Being really overweight created an understeering balance and once we started to get rid of that, it started to be more agile again.

“Not just twitchy but more agile. You could really use the front end. At the end of the day, that’s also how you really drive a fast car.

“A car cannot be fast with understeer. It’s impossible.

“Especially with the tyres we had this year being a bit more understeer limited as well. You cannot have a car like that.”

When asked how he had adapted to work around the understeer issues – Verstappen would win six races in the season’s first half before the lightened RB18 really allowed him to produce his best from the summer onwards – he replied: “To be honest, most of it came from the weight.

“But also the updates we did to the car [helped].

“[It was about] trying to learn the tyres, trying to really understand how we can preserve them better, which hasn’t been the easiest for sure.”

How glitzy car launches can help sustain the F1 boom