Max Verstappen says it feels like Red Bull is missing 70-80 horsepower in Formula 1 at the moment, which is costing it one second per lap at Silverstone this weekend

Red Bull's two cars qualified a distant fifth and sixth for the British Grand Prix, with Verstappen 0.7 seconds adrift of Lewis Hamilton's pole time and Daniel Ricciardo 1.2s off the pace after suffering a DRS problem.

"If you miss 70-80bhp you know you're going to struggle," Verstappen said after qualifying.

"Also with the cars we have [since the 2017 regulation changes] a few corners became flat-out so it gets more and more difficult.

"A big problem as well is when you go through a corner that's almost flat and when you accelerate out of the corner our engine is just not pulling.

"You know you just don't have the horsepower. And when the corners are flat, when you start scrubbing speed because of steering, we lose even more.

"If you lose more than a second on the straights you know it's going to be a difficult weekend but actually I was quite happy with how the car was performing - I don't have anything to complain about. 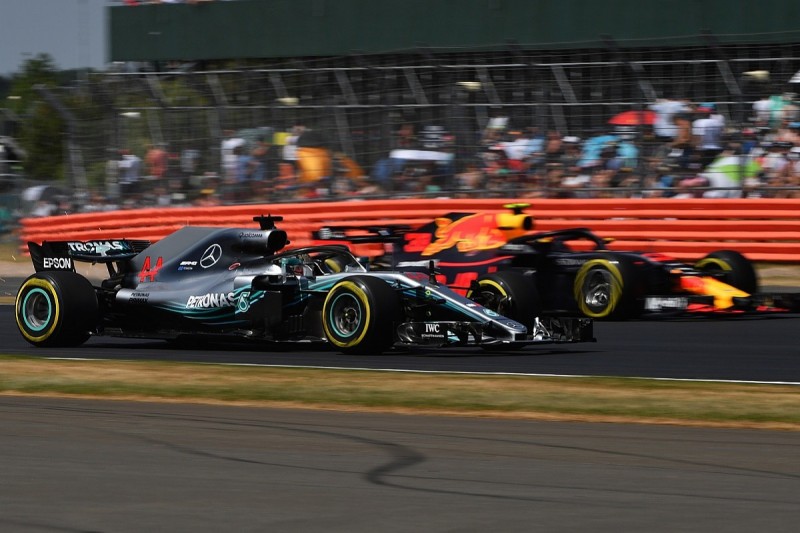 "I don't know exactly the amount [of horsepower lost] but if you lose more than a second on the straight then you know it's a lot.

"I'm driving for four years like this. You get used to it. Of course it's not what you want but that's how it is."

Ricciardo added: "There are still going to be some circuits where we can do alright, but any kind of horsepower circuit, now [Mercedes and Ferrari] have got a pretty good buffer on us.

"We kind of feel we'll make a step forward but then they make 1.5 steps. We're there but never really there, if you know what I mean.

"In a way I'm used to it and not really expecting we're ever going to be on their pace in terms of power.

"It's the reality of these regulations for now, but it would be nice to be a bit closer."

"In Austria I had a bad feeling after qualifying, I thought we were just not fast enough, but then we surprised in the race with really good pace," he said.

"Never say never but it's going to be tough [to repeat]. We'll try and I think in the race we should be a bit stronger.

"Tomorrow it's going to be very warm again, hopefully that will be OK for us."