Vandoorne is yet to outqualify Alonso in 10 attempts this year, and was eliminated in the first part of qualifying at Silverstone.

The gap between himself and Alonso - nine tenths - was the biggest in any qualifying session so far, and Vandoorne will start Sunday's race from 17th - four places behind Alonso, who said his Silverstone effort was "without a doubt" his best of 2018.

"Today was really difficult," Vandoorne said. "The car was undriveable today and we don't really understand why at the moment.

"I think we were actually in much better shape than we looked [on Friday] but since this morning something has been feeling fundamentally wrong with the car and we've not been able to really find what the problem was before qualifying.

"In qualifying as well the feeling was pretty terrible. Very bad. Nothing more we could do, so [it's] very frustrating.

"I felt very uncomfortable, no pace at all. [It was] impossible to really drive and to do anything. It's a shame to come out of qualifying like this." 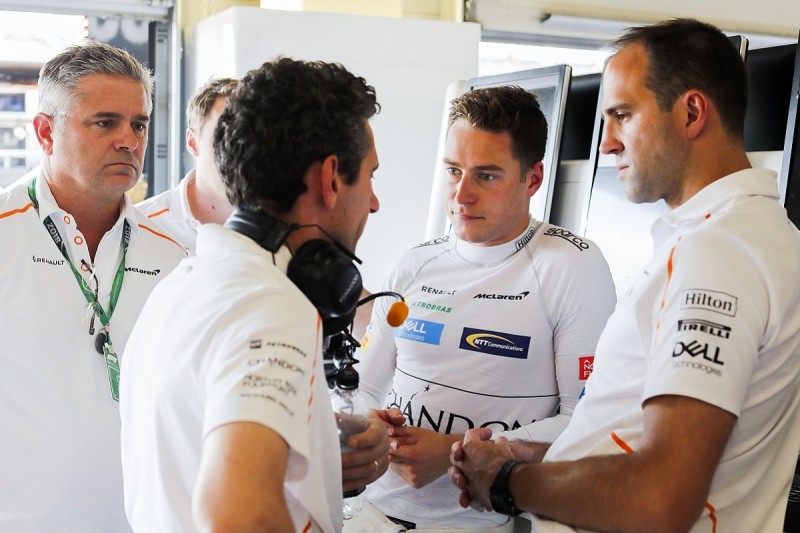 Vandoorne acknowledged that "clearly the other car seems to have some pace", but when asked about the size of his deficit to Alonso, he said: "I don't care how much the gap is because it's explainable with the issues we're having with the car.

"I'm definitely not looking at that."

Vandoorne was a way off Alonso on ultimate pace in Friday practice as well, but explained after that day's running that he had gone "in a different direction with different set-ups" compared to his team-mate.

"After yesterday there was an explanation why the cars were quite different," he said after qualifying. "This morning we put everything the same.

"Something felt fundamentally wrong with the car."

The Belgian said the target for his side of the garage for Sunday was "to understand the problem" with his McLaren.

"There's not much more we can do," he added.