Lance Stroll and Sergey Sirotkin both lost control of their cars in qualifying at Silverstone, with Stroll's session ending in the Brooklands gravel and Sirotkin losing time spinning at Stowe.

The cause has been traced to a stall at the floor of the FW41 after DRS has been used and then deactivated.

Williams introduced a new rear wing for this race and though the team believes the part itself is working, how it is interacting with the floor after DRS use is causing problems.

The team enacted a recovery programme in a bid to solve the main rear instability problems that have plagued its season so far.

Williams chief technical officer Paddy Lowe admitted this problem has an impact on that development.

"It's a very unwanted...not delay, but it's not quite on the track we intended," he said.

"This rear wing was part of our wider programme to get back where we wanted to be.

"I'm not convinced it's the rear wing itself, it's a matter of how it's functioning together with the floor."

Lowe admitted it had first emerged in FP1 "on one car" but "we diagnosed something else to be the cause of it - that's obviously a mistake". 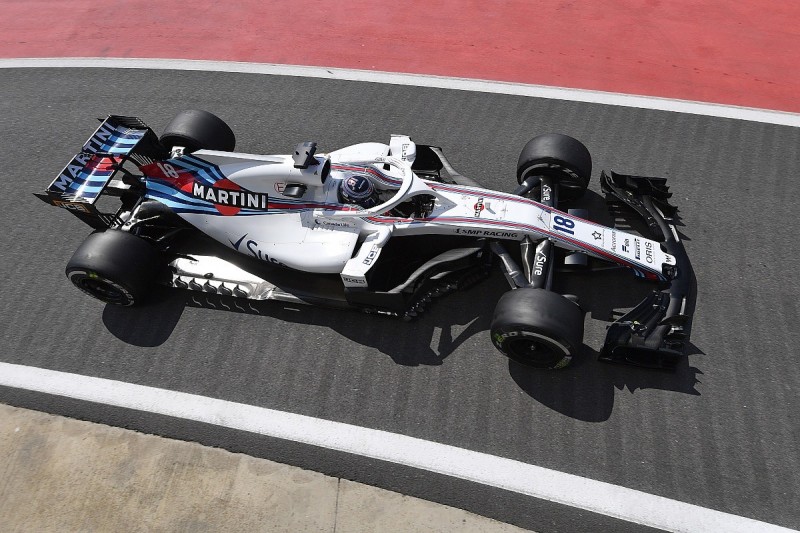 He apologised to Stroll and Sirotkin in the team's debrief "for not giving them the equipment they needed".

When Lowe addressed the media on Saturday evening after the session he said a decision had not been made on how to proceed.

Williams could continue with the new wing but tell its drivers not to activate DRS, or replace it, if it feels cannot get on top of the problem at the track.

Stroll said suffering from "a bunch of surprise stalls" was not a comfortable experience.

"We've experienced a bit of floor stalling but this was a whole other thing," he said.

"It is set-up related, wind related, there is a lot to it.

"We experienced small stalls in FP3 and that is why I had a big gap between my first and second run, I had to wait in the garage for quite a long time, we were investigating it and didn't really understand what happened.

"We assumed a few things, but it was a very small stall.

"This one was triple that amount of stall. We lost something like 60 points of downforce, so 60% of the car's aero."

Sirotkin said he deactivated DRS 50m before the corner and lost one third of his rear downforce.

"If you recalculate it in kilograms it is going to be a surprising number," he said.

"And if you look onboard, it was so quick that I didn't have even time to realise what happened."