Verstappen was set to finish second at Albert Park on Sunday, only to slow with 20 laps to go and park up at the side of the track after Turn 1 and retire from the race.

It marked Verstappen’s second DNF in three races, meaning he is already 46 points behind early championship leader Charles Leclerc, who scored a dominant win for Ferrari in Melbourne.

Verstappen said after the race it was “unacceptable” to be struggling so much with reliability and that he was “already miles behind” in the battle to defend his championship.

Speaking in the Albert Park paddock after the Red Bull team debrief, team principal Horner confirmed a fuel system issue was to blame for Verstappen’s retirement.

“Obviously it’s very frustrating to have a DNF on Max’s car,” Horner said.

“It looks like a fuel system issue, external to the tank, that has caused the issue.

“So obviously it’s gone into quarantine, the parts will obviously return to Japan, and we’ll obviously try and understand the problem as quickly as we can.” 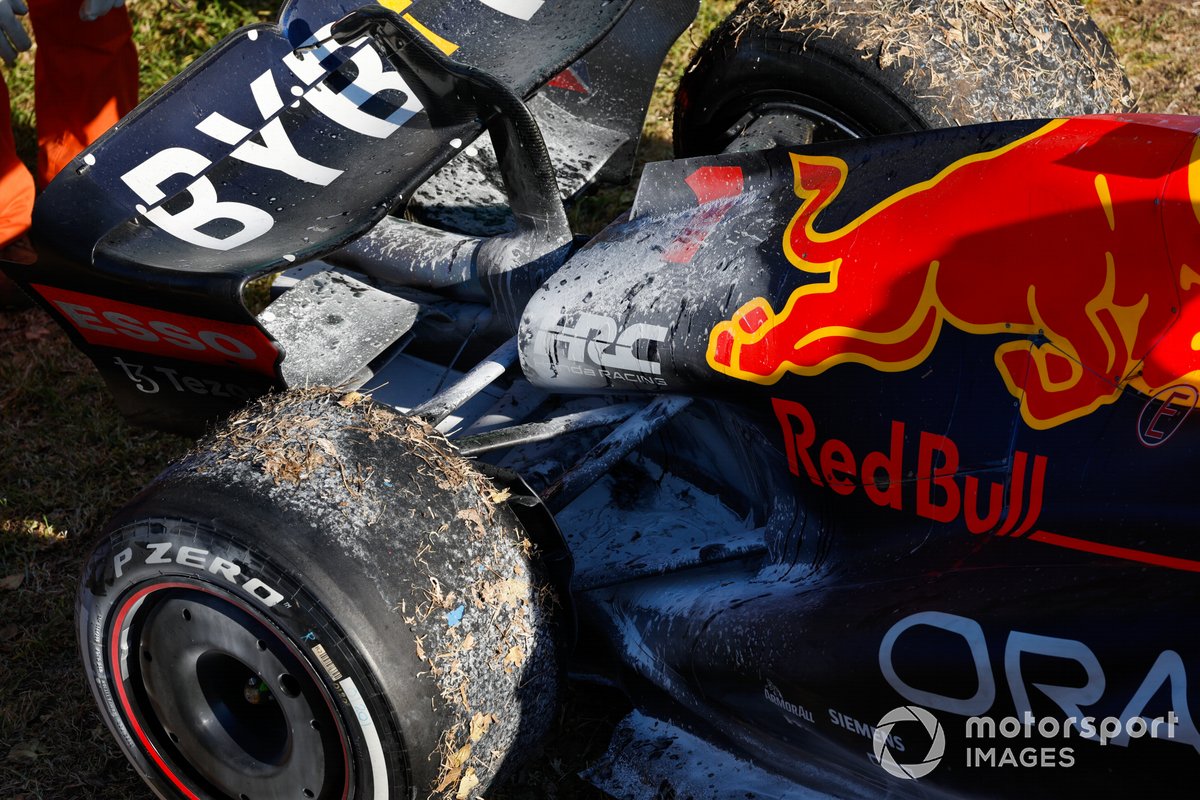 The car of Max Verstappen, Red Bull Racing RB18, with fire retardant after retirement and a fire

Horner said the problem was “something totally different” to what had caused both Verstappen and team-mate Sergio Perez to retire late in the Bahrain season-opener, when a vacuum in the fuel system meant not enough petrol was getting through to the engine.

Red Bull’s sister team, AlphaTauri, has also struggled for reliability in the early part of the year, but Horner said the issues had “all been independent” and “none of them have been related”.

“Obviously we need to understand those and address them quickly,” Horner said.

“In the first two races, for Max, we’ve given up 36 points and for the team, we’ve given up 50 points. When you look at that, both the constructors’ and the drivers’ championship would be a lot different.”

Asked if it was still too early to have concerns about the championship fight, Horner replied: “We’re only what, just over 10% of the way into the championship. So I think there’s still a huge amount to go.”