Max Verstappen says Red Bull's reliability problems are "unacceptable" if the team wants to keep itself in the Formula 1 title hunt.

The world champion suffered his second DNF of the season at the Australian Grand Prix, as his car ground to a halt with an unspecified problem on lap 39 in Melbourne.

The non-points finish, following another non-score in the season opening Bahrain GP, has left the Dutchman 46 points adrift of runaway championship leader Charles Leclerc after the Ferrari driver's second win of the season in Melbourne.

Speaking to Sky, Verstappen said that thoughts on the championship were already far from his mind, despite winning the second round of the season in Jeddah, as the priority is on Red Bull addressing reliability worries.

"We're already miles behind, so I don't even want to think about the championship fight at the moment," he explained.

"I think it's more important to finish races.

"Today was in general just a bad day again. Not really having the pace, and just managing my tyres to try and just bring it to the end, because it looked like quite an easy P2 anyway.

"I knew I could not fight Charles, so there was no point to try and put pressure on him. But yeah, we didn't even finish the race - it's pretty frustrating and unacceptable."

While the cause of his retirement is currently not known, Verstappen said he feared not making it to the end when Red Bull mechanics were seen working hard on his car on the grid.

"I knew there was a problem," he said. 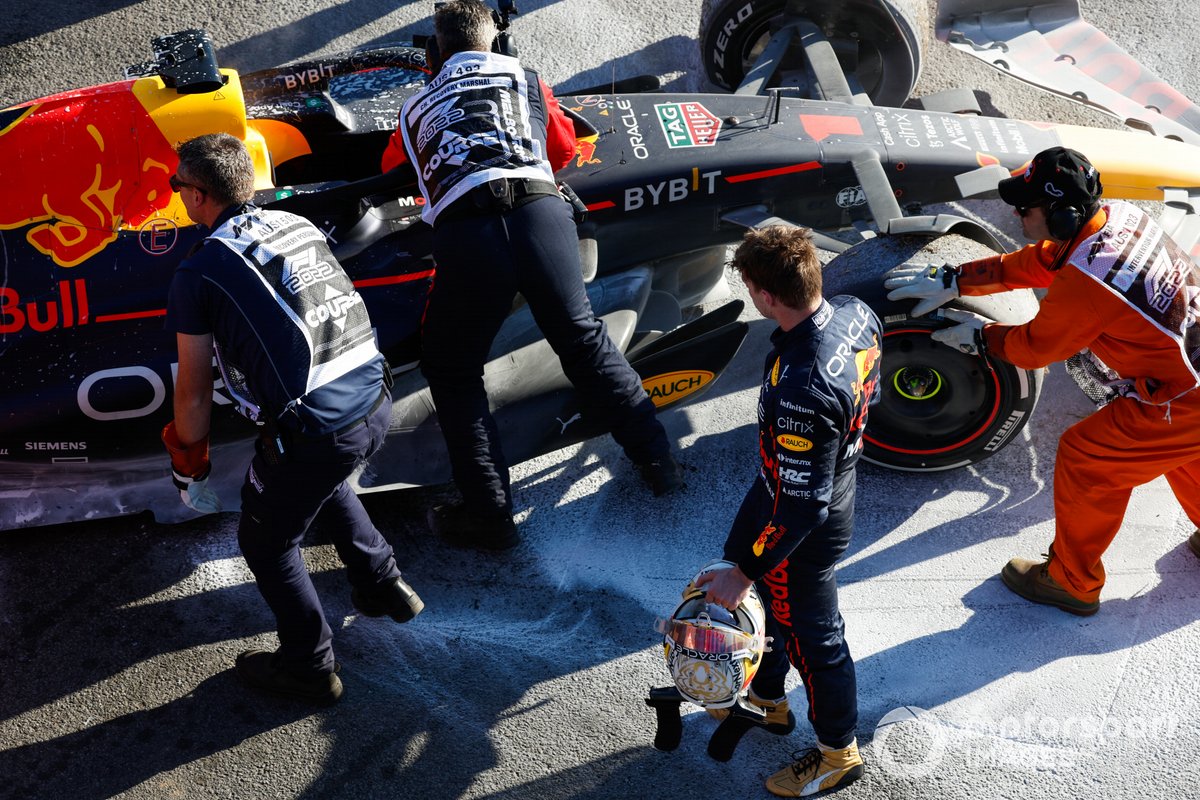 "So it was always going to be a question mark of finishing the race.

"I mean, these kinds of things, if you want to fight for the title, they cannot happen."

Red Bull team boss Christian Horner said he fully accepted Verstappen's disappointment at the situation, but said the priority was to understand exactly what had gone wrong.

"It is totally understandable his frustration," he said.

"That was a really, really disappointing result not to finish the race. We don't know what the issue is yet, but I don't think it's actually engine related.

"I think it might be a fuel issue, but we need to get the car back, we need to be able to look at what's exactly happened."

While the reliability problems have hit Red Bull's championship chances, Horner said that at least the team knows its car is quick.

"I'd rather fix a fast car, than try and make a reliable slow one fast," he explained.

"We need to get on top of it. We can't accept DNFs, but we need to understand what the issue is and we have got to address it."