Ferrari driver Charles Leclerc explained picking up old rubber before the final corner was behind the poor safety car restart that almost cost him the lead of Formula 1's Australian Grand Prix.

Leclerc produced a crushing display in Albert Park as Ferrari comfortably had the measure of its rival Red Bull.

The Monegasque driver took his second win of the season by 20 seconds on Red Bull's Sergio Perez, after Leclerc's nearest competitor Max Verstappen was forced to retire.

Verstappen never looked like threatening Leclerc on pure pace, the Dutchman admitting "I knew I could not fight Charles, so there was no point to try and put pressure on him."

But the reigning world champion did get close to overtaking the Ferrari on the second safety car restart halfway through the race.

After a poor getaway out of the final corner from Leclerc, Verstappen managed to pull alongside but failed to complete the pass into Turn 1.

Leclerc explained that his sluggish restart was the result of going off line before Melbourne's final corner, which meant his tyres were full of marbles and he suffered severe understeer.

"I tried to prepare the last corner as much as possible, staying on the left, but I actually took quite a bit of old rubber and I just couldn't turn for the last corner, so I lost so much [grip]," Leclerc said.

"And then we're side by side with Max for the first corner, I managed to stay in the lead and then it got much better with the tyres. And then we could pull a gap to have a bit more margin." 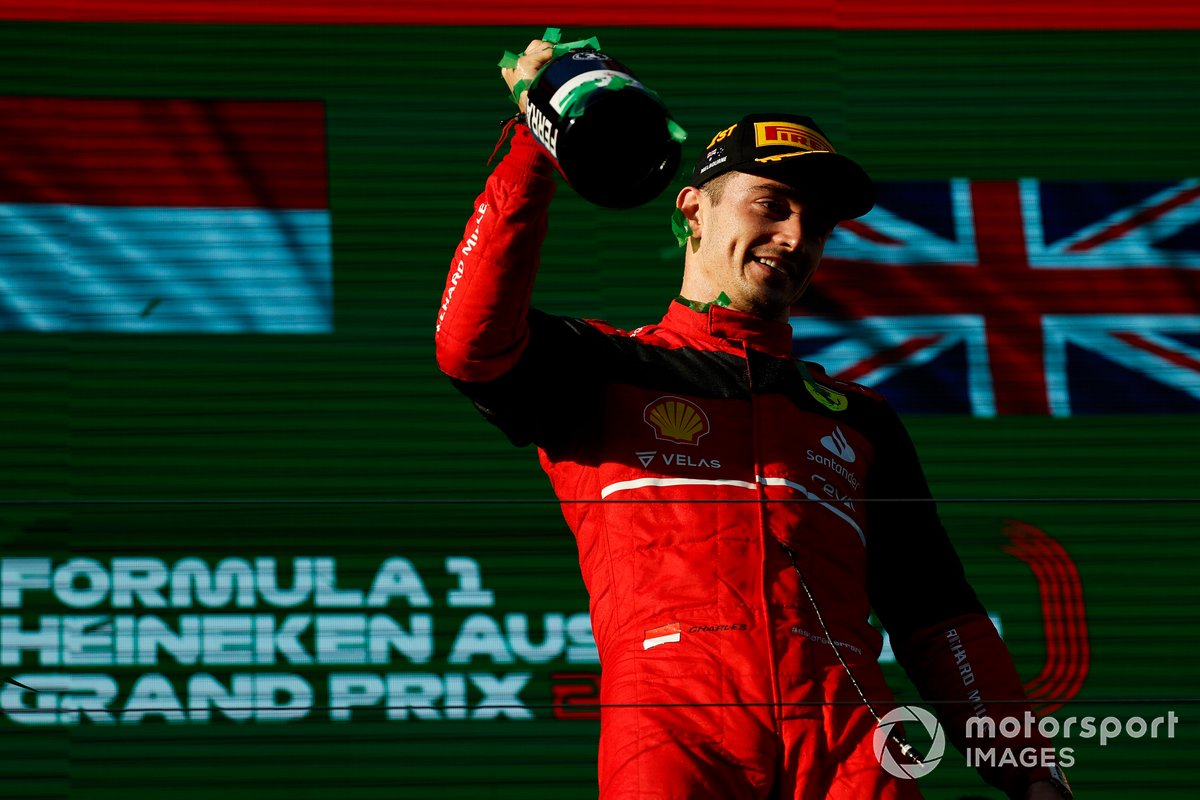 Charles Leclerc, Ferrari, 1st position, on the podium with Champagne

Leclerc added that while he wasn't affected too much by the Ferrari's severe porpoising, he did concede that the bouncing made it challenging for him to defend against Verstappen in the Turn 1 braking zone.

"For the restart it was a bit tricky because I had it before Turn 1," he explained. "So, you're never as confident to just brake extremely hard for Turn 1, but everything went well.

"It was just not so comfortable to do 58 laps like this."