Max Verstappen has explained why he could not attempt another pass on Lewis Hamilton after giving back the lead following a track limits violation late in Formula 1's Bahrain race.

Verstappen had closed in on Hamilton during his 17-lap third and final stint – during which he enjoyed an 11-lap tyre-life advantage over his rival – in what was a thrilling conclusion to F1's 2021 season-opener after leading the early stages from pole and falling behind thanks to Mercedes' aggressive strategy calls.

He gave the position back to Hamilton further around the same lap but could not get close again thereafter to try another move for the lead, and the Mercedes driver held on to win by 0.745s.

When asked why he had been unable to attack again by Autosport in the post-event press conference, Verstappen said: "[After giving the place back] it was super hard to follow.

"I got into Turn 13 [on lap 43] and I had a big oversteer [moment]. And from there onwards I just didn't have the tyres anymore to attack.

"Of course my tyres were like 10 or 11 laps younger, but with these cars that advantage goes away very quickly once you get within one-and-a-half seconds.

"And with the wind and the direction it was, it was not helping." 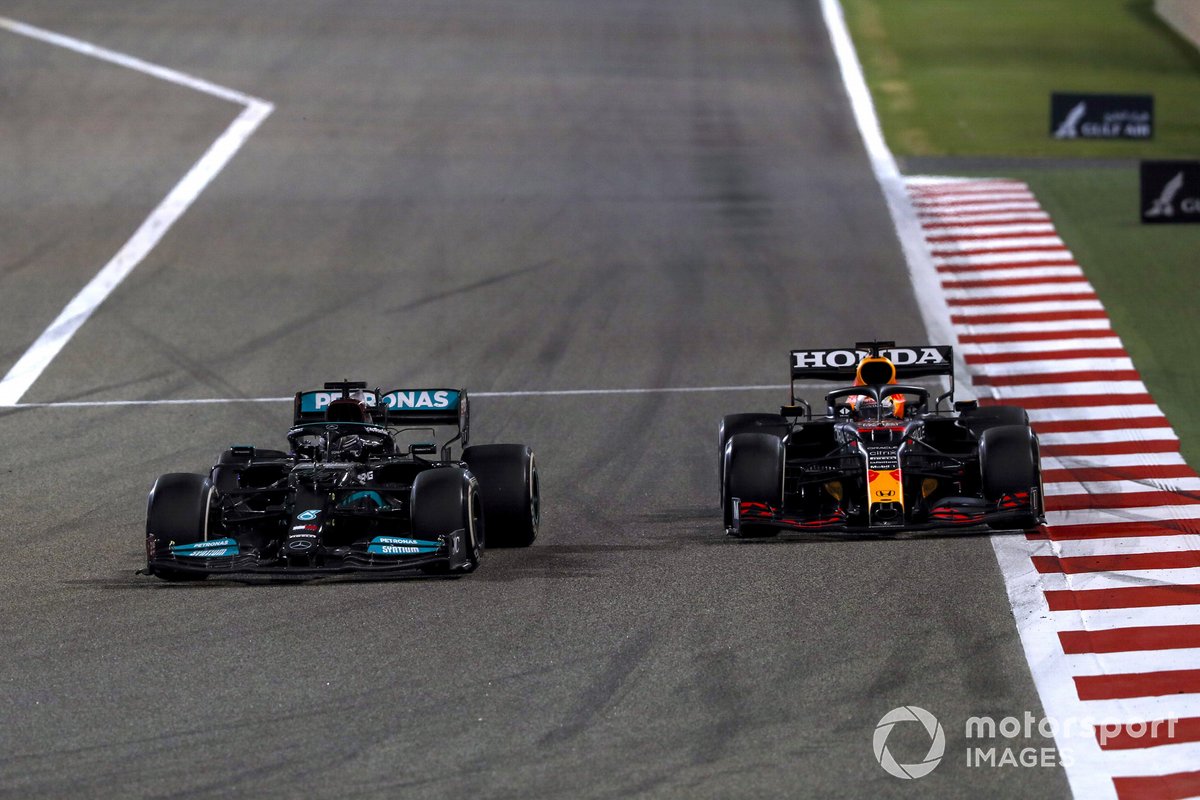 Verstappen also stated that giving Hamilton the position back at another point later in the same lap would not have been fair to his rival.

"If I would have let him by later then it's an unfair way of giving the position back," he said. "Because then you're so close and it's [an] easy DRS pass. So, I had to do it after Turn 10."

Verstappen also seemed to suggest that he was unhappy with Red Bull's strategy, saying: "With these cars the last few years, it is very important to have track position and we gave that up today."

But Red Bull team boss Christian Horner argued the race was "definitely not" lost on the pitwall.

Horner added: "Mercedes had very strong pace at the beginning of the race. We couldn't break [away] and create a gap to cover them.

"Their degradation looked impressive. So, Max could never get more than two seconds clear of Lewis.

"They obviously pitted early for the undercut, we then conceded track position.

"And going into the race we very much fixed our strategy on a two-stop.

"They obviously went early again on their last stop. We stayed out 10 laps longer, so we had a better tyre for the final stint, but, unfortunately, Lewis had just enough to be able to hold on."

Wolff: F1 track limit rules must be clear and not ‘a Shakespeare novel’