With four laps to go in F1 2021's season opener, Verstappen went off track in Turn 4 in an attempt to snatch the victory away from leader Lewis Hamilton, forcing him to hand the position back to Mercedes driver.

Verstappen questioned Red Bull's call to give the position back, claiming he would have preferred to risk a potential five-second penalty and try to gap Hamilton over the final three laps.

Instead, Verstappen was unable to launch another attack and had to settle for second place less than a second behind Hamilton.

Horner said Verstappen "did the right thing" to follow race control's instructions as there was no way of knowing if the Dutchman would have been able to pull out a large enough gap in just three laps.

"I think it's very difficult," Horner commented on the call. "We had an instruction from the race director to give the place back immediately. Max was very sporting and did that.

"It was frustrating and Lewis had just enough to retain his position to the end of the race but look, there's no guarantee we could have gotten the five seconds if that had been the penalty. So he did the right thing." 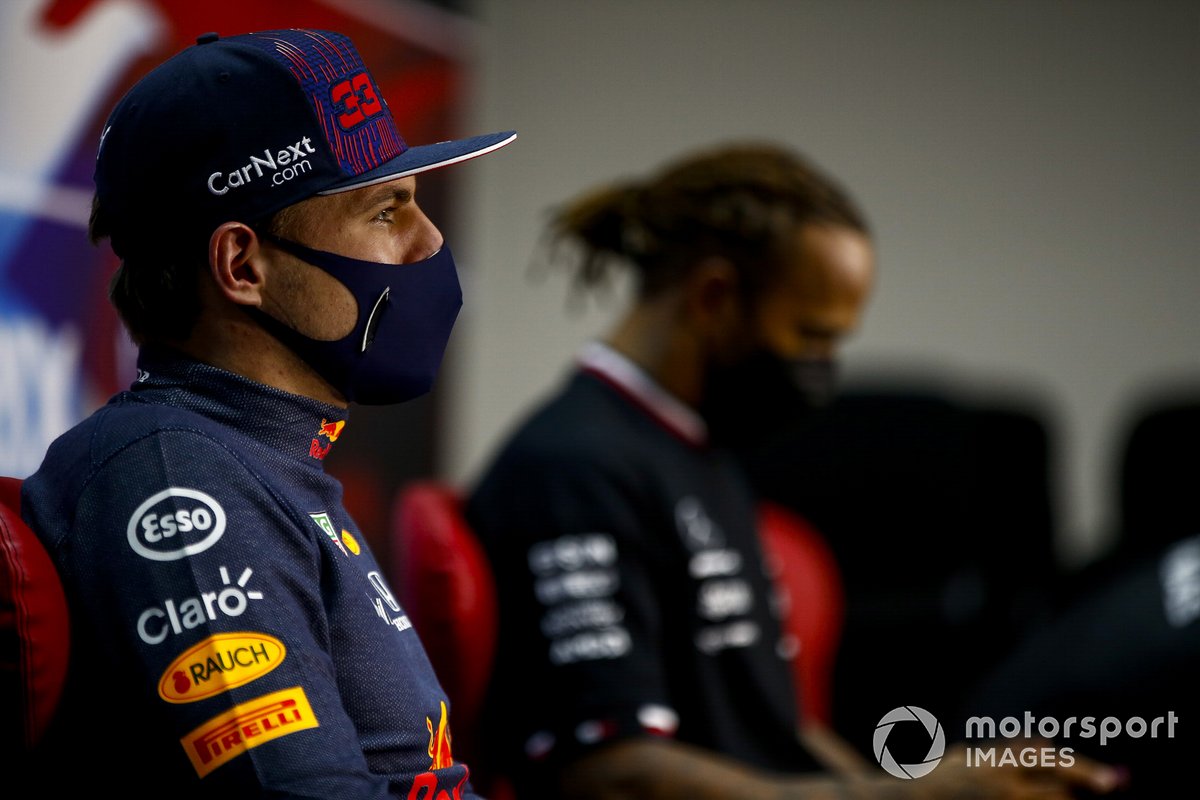 Horner rued the fact that Red Bull couldn't convert a convincing pole position into a win but believed Verstappen's pass vindicated the team's choice to cede track position and try to overtake Hamilton on the track.

"I think that Mercedes had very strong pace at the beginning of the race," Horner explained. "Their degradation looked impressive, so Max could never get more than two seconds clear of Lewis.

"Going into the race we very much fixed our strategy on a two stop. They obviously went early again on their last stop. We stayed out ten laps longer so we had a better tyre for the final stint, but unfortunately Lewis had just enough to be able to hold on.

"Obviously, we managed to get the pass done at one stage and got wide at Turn 4. Max was very sporting, he gave it back immediately.

"It's tough to lose a close race like that, but we have to take a lot of positives out the weekend."