So far Vandoorne has struggled to match the pace of team-mate Fernando Alonso, but he now believes he can address the problems that have hampered him.

"I think everything is kind of coming together," said Vandoorne.

"I had some good meetings with the team last week, and we understand what is going on, so this weekend, hopefully, we'll see some results from that.

"In all the previous series I've raced in, I've had some times where I was struggling and where I've had to get the team together and we've had to find a bit of a solution.

"And I've always been confident I can get on top of that and this is the same way I feel about it now - that it won't be long before everything will work out."

Vandoorne believes his struggles were more due to everyone needing to appreciate what he wants from the car than any specific technical issues.

"It's more the work I do with the engineers, trying to build a bit of a personal relationship with your engineers and really trying to understand each other, what specifically you need from the car," he explained.

"I think we've moved along quite a bit.

"The lack of winter testing definitely hasn't helped to go through that process, but I think it's normal - when you get to a competitive world like Formula 1, it needs a little bit of time to get to grips with the people around you.

"And I think that's progressing every weekend at the moment and I'm feeling much more comfortable every time I go to the track, so it's going in the right direction." 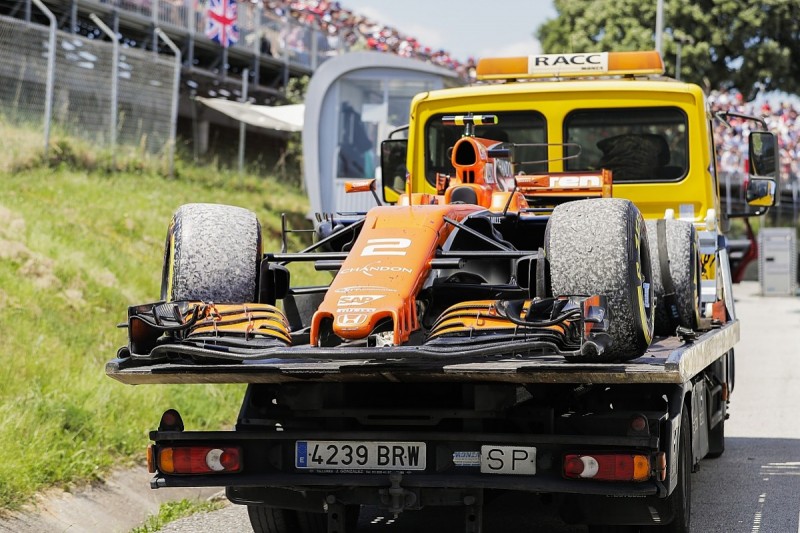 Vandoorne has been outqualified by Alonso at every race so far this year.

In Spain earlier this month, Alonso qualified seventh while Vandoorne could not get beyond Q1 and was only 19th fastest even before a penalty put him to the back.

"There's been a lot of things going on, we've had a lot of issues during the Friday practices, which have prevented me from doing a lot of running and tuning the car," Vandoorne said of the qualifying deficit.

"I think a bit of experience counts in that way.

"I've not been feeling 100% comfortable with the car, but that's getting a lot better now."

Vandoorne is teamed with Jenson Button this weekend while Alonso is at the Indianapolis 500, but played down his greater experience of the 2017 MCL32.

"I do my work as I've done over the past races," said Vandoorne.

"Of course I've done the first five races of the season and Jenson hasn't driven the car - but Jenson has 17 years of Formula 1 experience, has raced more around here than I have, and has won around here as well."