There were concerns that the previous smaller 'speed bumps' at the tight right-left chicane out of the Swimming Pool section did not adequately penalise drivers cutting the corner.

This year organisers introduced a new large yellow kerb on the apex, with a smaller speed bump running parallel to the exit wall, to deter drivers from taking liberties with track limits.

"They are quite extreme - they were quite big last year already," said Bottas when asked by Autosport for his opinion on the new kerbs.

"Last year if you hit it, it was not good definitely.

"This is bigger and you need to be sure you don't take the kerbs - that's the main thing really.

His Mercedes team-mate Lewis Hamilton said that while he had not yet seen them, he was "not quite sure why they've made it bigger".

Romain Grosjean was also surprised the kerb had been beefed up. 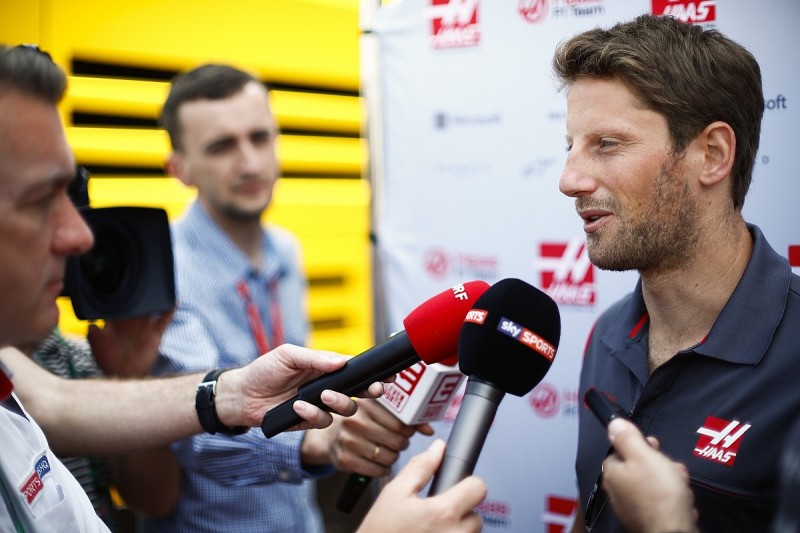 "I don't really know why [they've done it] - maybe for the Porsche [Supercup]!" the Haas driver joked.

"But the bigger yellow thing - don't touch it when you are in an F1 car.

"It looks like a taking off ramp. If you clip your front wing, it could take it [off] because you've made a small mistake and it will fly you straight into the wall.

"Before, there was a big one [kerb] there, and taking it you were losing time anyway, so I was a bit surprised to see that."

Sergio Perez added: "It is far too big. I don't think there is a need to have such a big kerb.

Not all drivers objected to the kerb, with Grosjean's Haas team-mate Kevin Magnussen saying "no, I don't think so" when asked if he felt it was too big.

Jolyon Palmer said he was surprised by the size of the kerb, but that it was preferable to a wall on the apex.

"It's not as big as the walls that are around the outside of most other corners," he said. "We'd prefer to have a kerb like that than a wall."