Valtteri Bottas set the pace on the morning of the third day of 2017 Formula 1 testing, as Mercedes made use of the ultra-soft tyre

With retired world champion Nico Rosberg watching from the Mercedes garage, his replacement set the pace, initially on the soft tyre before moving to the super-soft and the ultra-soft.

Bottas's improvements were minimal on each compound, with his gain from soft to super-soft just 0.3 seconds, and the ultra-softs only giving him another 0.1s to produce a 1m19.705s.

Initially that left him well clear of the medium-shod Ferrari of Sebastian Vettel in second, but that became fourth as Daniel Ricciardo and Jolyon Palmer improved later on with runs on softs.

Palmer caused the only red flag of the pre-lunch running early on when he spun into the gravel at Turn 3 less than half an hour into the day. 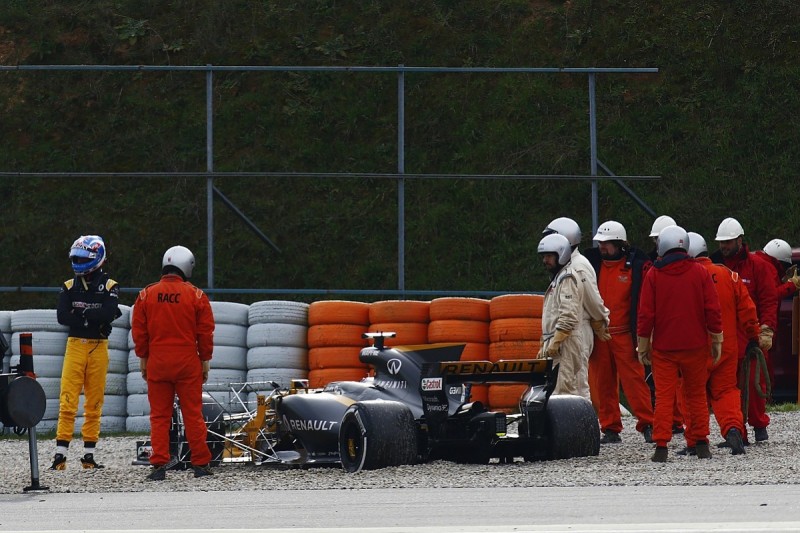 Fifth place at lunchtime was held by the Sauber of Marcus Ericsson, who completed a series of runs on the super-softs as the temperatures came up at the Barcelona circuit.

Williams rookie Lance Stroll was next up on softs, logging 55 laps after being swapped in for Felipe Massa to make up for the running he lost on Tuesday following his off that damaged the only available front wing.

However, the 18-year-old found himself in the gravel again after the chequered flag came out, with recovery vehicles required to retrieve the FW40.

Behind Force India reserve driver Alfonso Celis was the McLaren of Fernando Alonso, which managed 28 laps before the break.

The team said its focus was on data-gathering rather than setting timed laps, with Alonso rarely staying out long enough on each run to set a representative time before completing a handful of attempts on the soft tyres.

The bottom of the order was completed by Toro Rosso and Haas, both of which had long spells in the garage through the morning.