The races are back-to-back this year while the 2017 provisional calendar has installed a two-week gap between the two events.

But Circuit of the Americas chief Epstein believes they should be at different points in the calendar.

He feels the return of the Mexico City race last year hurt ticket sales at his event and would ideally like to see Mexico twinned with Canada earlier in the season.

"Mexico had a real impact last year, we know it did," Epstein told Autosport.

"There is value in spreading Mexico and Texas apart date-wise.

"I'm talking a gap of three or four months.

"If you make two trips to North America, you don't put the two races that are closest together [back to back].

"I would put Mexico with Canada as it's hot here in June and July - not pleasant like now."

Epstein said attendance at Austin has been reducing since the inaugural race in 2012, with heavy rain last year causing havoc with the event's running. 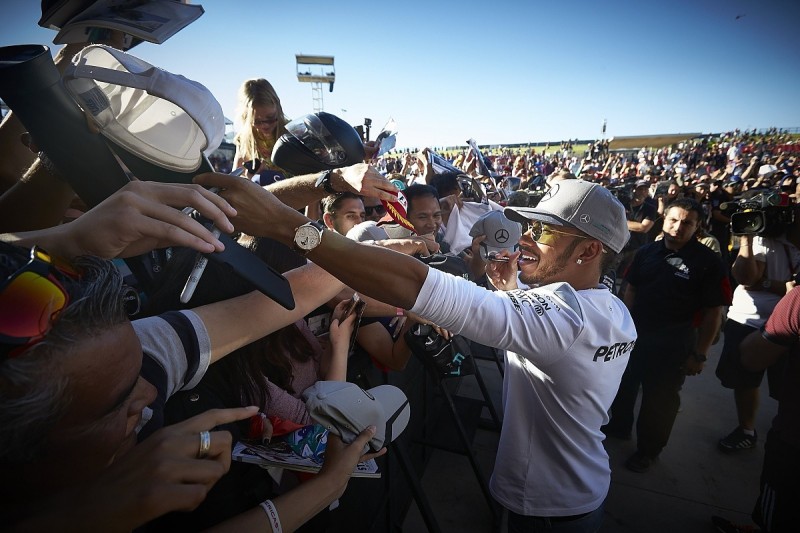 This year, the track - which has a 10-year deal to host F1 - cut ticket prices, added a no-flood guarantee and a maximum wait-time guarantee for shuttle services in a bid to appeal to fans.

Organisers also signed Taylor Swift for a concert on Saturday night to attract a younger audience and boost sales.

On Sunday, they reported a record attendance of 269,889 for the three-day weekend.

"For the first year of any event, you can expect it to be the biggest," said Epstein.

"You should cast that aside as you'll have people who go for the novelty.