Although not specifically stated in a press release issued by the FIA on Friday, the idea of third cars - as per the contracts of the Constructors' Championship Bonus teams - and customer cars will now take precedence over any future cost-saving proposals, as predicted by AUTOSPORT on Thursday night.

The bottom line to the independents is if they want to continue in F1 then they have to find a way to manage financially with the resources at their disposal, accept being a customer, or opt to exit the sport completely.

Ferrari, Mercedes, McLaren and Red Bull will now conduct feasibility studies over the next two weeks that will then be presented at the next Strategy Group meeting.

Speaking to AUTOSPORT, Fernley said: "Fundamentally, what is absolutely clear from it all is that the grey areas have been removed, that there will be no cost control initiatives brought in.

"There won't be any consideration given to an equitable distribution of income, and the engines are not going to be reduced in cost.

"The default for going forward in terms of a team failing will be as per contract, which will be third cars, and in the meantime they will evaluate the customer car programme.

"That is now absolutely clear in terms of what we're doing.

"As an independent team we will have to now look at our business model, at how we survive, the same for the likes of Sauber, Williams, Lotus and Manor."

Fernley concedes there is nothing to stop an independent continuing to compete in such a manner via its own finances, but the goalposts will be positioned very differently. 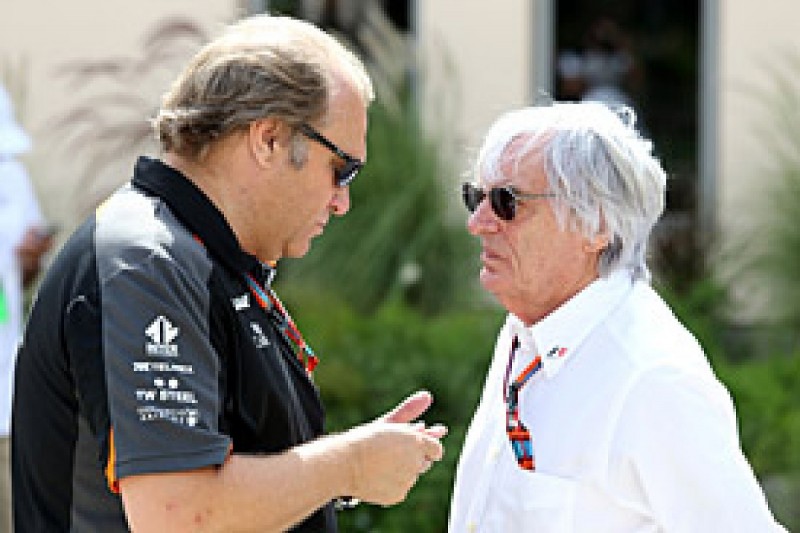 "The idea is to give the independent teams the first option to become customer teams," added Fernley.

"Of course, you can remain as a constructor, nobody can take that away from you.

"The difficulty you have, though, with no other elements there, and with the costs of Formula 1 constantly increasing, is that it makes it difficult to be competitive as a constructor.

"That's the issue, because at the end day there is a difference between competing and participating.

"We are still not convinced the customer car idea is the right route, but obviously that is the way it's going to go now.

"So we either have to adjust accordingly to ensure we stay as a constructor, or we embrace the customer car process in time.

"There are now big decisions that will have to be taken within the independent teams, and a lot of it will depend on how quickly they bring in the customer car proposal."

Should the proposals from the four CCB teams be accepted by the Strategy Group, they will then go to the next F1 Commission meeting for approval where only a majority vote will be required for customer cars to be introduced from 2017.